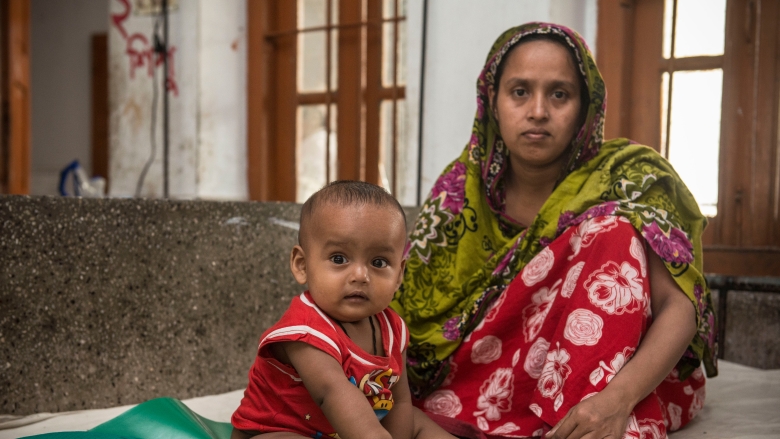 Climate change in Bangladesh is contributing to the spread of diseases like dengue.

Being a low-lying river delta with a long coastline and floodplains that occupy 80 percent of the country, Bangladesh’s extreme vulnerability to the adverse effects of climate change is well documented. But, climate change in Bangladesh is not just about cyclones and floods. Changing and erratic weather pattern have also affected our physical and mental health. The climate change in Bangladesh have started to  impact health with an increase in respiratory diseases, mosquito-borne diseases like dengue, along with deteriorating mental health conditions.

Bangladesh has experienced an average rise in temperature of 0.5°C between 1976 and 2019. The increase in maximum temperatures during this period has been shown to be consistent on a month-to-month basis, with the months from February to November getting warmer. The rise in maximum temperature across the country has not been uniform. For instance, between 1976 and 2019, compared to a 0.5°C rise in central parts covering Dhaka and neighboring districts, maximum temperatures rose by 0.9°C in the eastern parts (Chattogram and Sylhet divisions). In general, summers are becoming longer, and winters are getting warmer and monsoon becoming unpredictable beyond the norm.

"The threats of climate change in Bangladesh have already extended to health in the form of higher incidences of respiratory diseases, vector borne diseases like dengue, along with deteriorating mental health conditions."

Monsoons are Longer and Rainfall is Erratic

Being situated on the edge of the tropical region, Bangladesh experiences some of the wettest monsoons in the world. During peak monsoon, from June to August, the average monthly mean rainfall has declined by 60 millimeters. On the other hand, mean monthly rainfall for September and October has increased by 43 millimeters, which indicates that the monsoon period is gradually becoming longer, extending now from March to October. Rising temperature during the winter months coupled with erratic rainfall patterns have eroded the distinct seasonality in Bangladesh.

A survey of 15,000 people in 3600 households has shed more light on the influence of climate variability on physical and mental health.

What can Bangladesh do to tackle these Challenges?

By 2050, Bangladesh is expected to experience an increase in temperature of about 1.5°C. And between 2040 and 2059, annual rainfall is also expected to increase by 74 millimeters. These projected changes will escalate spread of infectious diseases and mental health issues. By taking urgent actions, Bangladesh can remain better prepared to mitigate the impacts of climate change on health.