Fostering a New Generation of Scholars in Eastern & Southern Africa 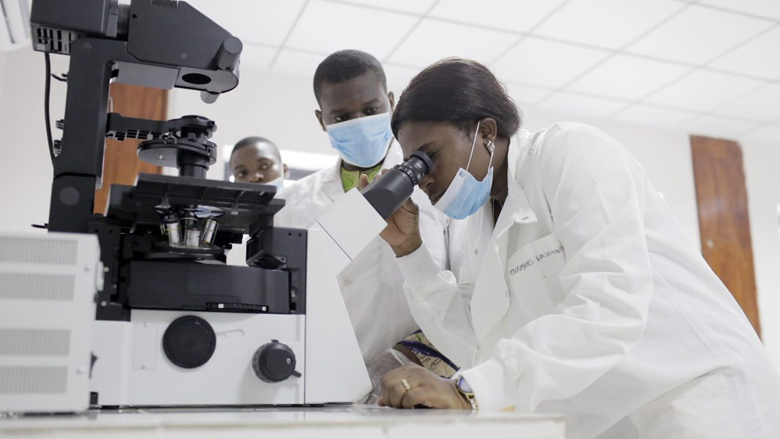 Cyprian Syeunda graduated with a Master of Science in Food Science and Technology from Kenya’s Centre of Excellence in Sustainable Agriculture & Agribusiness Management—and did so with flying colors. Named “Best Master’s Student,” he has already published in an internationally reputed journal. His next stop is Texas A&M State University, where he has won a scholarship to pursue a PhD in Food Science and Nutrition.

“We share in this excellence and grateful for the World Bank funding that has made this possible,” says Cyprian. “If it were without the support, probably I would not have made it to this level.”

The project addresses the fact that the countries of Eastern and Southern Africa have not produced the quantity and quality of skilled graduates required for expanding and diversifying their economies. Despite an uptick in university enrollments over the last two decades, the region has lagged behind others in developing graduates in disciplines related to science, technology, engineering and mathematics—as well as in applying high-quality research to address local issues.

Female enrollment rates—as a percent of total enrollment—were particularly low: less than one percent in Malawi and four percent in Ethiopia.

The ACEII project seeks to share innovations and good practices in teaching and learning, and to enhance cross-border research networks. The project is also building capacity to address key institutional inadequacies, such as partnership development with the private sector and competitive scholarships.

Special attention is also paid to developing the capacity of promising female scholars; for example, by encouraging them to study in an Africa Centers of Excellence (ACE) institution outside their native country in the region.

Between 2014 and 2020, more than 90 ACE were established across 20 countries and have supported over 25,000 Masters and PhD students, under international standards and modern teaching conditions. Notably, the share of female students gradually increased from 27 percent to 38 percent. Under the ACE Scholarship Program, 60 regional female students have been financed for two years to attain a Master’s degree at any of the ACEs.

ACEII also helped to forge university partnerships to improve the quality of teaching, research and innovation. For example, study tours were conducted and multiple partnerships developed with Chinese, Japanese and Indian universities.

Agreements were also established with universities in Europe, the United States, Korea and other African countries to facilitate student exchanges, joint research, and international accreditation.

Financial and programmatic sustainability have been primary considerations during implementation, notably by building in results-based financing. ACEII matches $1 for every $1 raised from national sources, and $2 for every $1 raised from regional and international sources. A total of $21 million has been raised by the ACEs so far. Through this, the ACEs are developing the skills to compete for research and other external funding opportunities to finance their development needs.