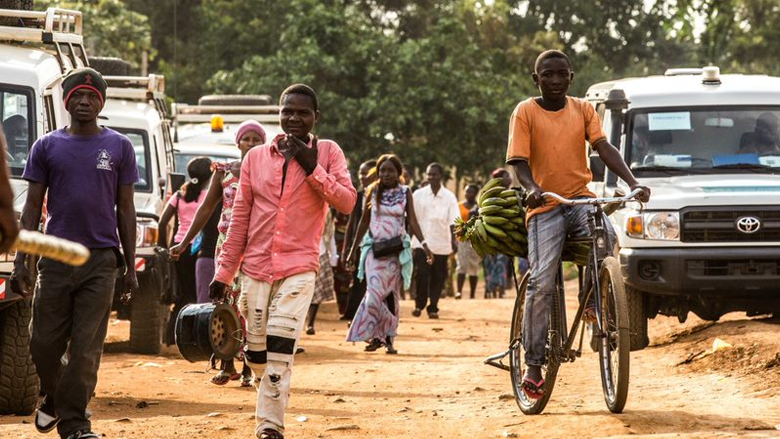 When Ebola struck the Democratic Republic of the Congo (DRC) in August 2018, it was the latest in a series of crises that had gripped the country. The people of the DRC were already struggling with food insecurity, massive forced displacement, and persistent armed conflict.

With a total of 3,420 cases, the outbreak claimed 2,287 lives in 29 health zones across the provinces of Ituri, North Kivu, and South Kivu. International efforts to mobilize relief were hampered by an entrenched distrust of state institutions and external actors.

Esther, like many men and women struggling in the midst of conflict and unemployment, was more worried about putting food on the table for her family than getting infected.

“I did not have a job … I was just trying to ‘get by’ by selling tomatoes,” she says.

The IDA-supported Ebola – Community Engagement in Emergencies program helped Esther and many like her. The program strengthened community resilience by providing temporary jobs to beneficiaries in Ebola hotspots. Overall, more than 35,000 direct beneficiaries have worked more than a million days (as of September 30, 2020) and received about $3 million in stipends.

The program also invested in public works to address long-standing gaps in community infrastructure that were frustrating medical and humanitarian responses, while working to rebuild trust and acceptance of medical teams.

Each component was tailored to the needs of the population and placed an emphasis on quick and visible results given the urgency of the situation. It also relied on local resources to maximize the economic impact in local communities.

Partnerships with local and international organizations were a cornerstone of the program. The cash-for-work program was implemented by the DRC Social Fund (FSRDC) and the World Food Programme  (WFP). The United Nations Children’s Fund (UNICEF) donated hand-washing kits and thermometers to monitor project beneficiaries on works sites, thus ensuring that public preventive health measures were maintained throughout the program. And the United Nations Humanitarian Air Service (UNHAS) facilitated flights for joint World Bank-FSRDC missions to remote communities in hard-to-reach areas.

The program’s innovative approach and partnership model have informed $445 million of additional financing to the Eastern Recovery Project (2020). It will continue to finance public works, while also funding unconditional cash transfers and technical assistance to establish a unified social registry that can be used to reach the poor and vulnerable in any emergency.