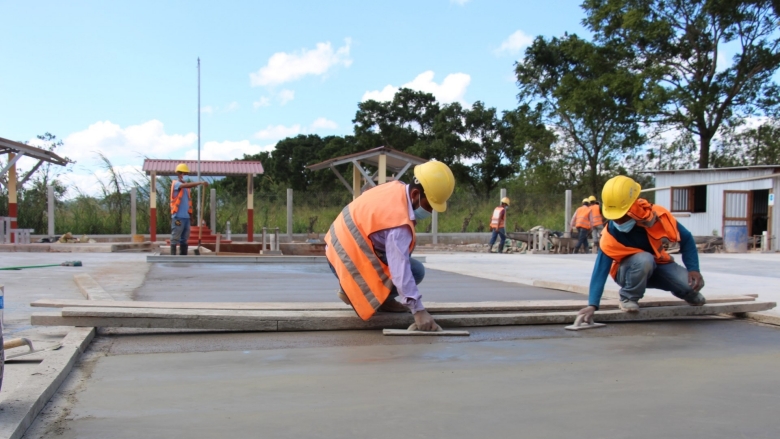 In a year of extraordinary challenges for Honduras, impacted by the pandemic and the passage of two successive hurricanes, in just three weeks the World Bank prepared a project to support the country’s emergency response and resilient reconstruction

For the first time on record, two hurricanes hit Honduras in the same season. Tropical storms Eta and Iota made landfall in Central America consecutively in November 2020. The most affected areas were the northern Sula Valley, in Honduras, where water levels reached rooftops, and the area of ​​the Ulúa River, in the west of the country where water levels rose nearly a meter above the highest level recorded during devastating Hurricane Mitch in 1998.

Official estimates indicate that more than 4.5 million people were affected, with 99 deaths and over a million people evacuated. The United Nations and the national government, with the World Bank’s support, carried out an assessment that revealed that losses and damages from the two hurricanes totaled US$ 1.9 billion, reducing economic growth in 2020 by an additional -0.8%. Eta and Iota exacerbated the vulnerability of the country, which was already facing the compound effects of COVID-19 and La Niña, further limiting its capacity for disaster preparedness and response. The two hurricanes, coming on top of declines in tourism revenue and remittances, only served to take a further toll on people’s lives.

In late November and early December, World Bank authorities met with officials from the Government of Honduras, together with partners from the regional multilateral banking system, to reiterate its commitment to rapidly respond with financial and technical assistance  to support the immediate needs of the country.

Following these meetings, technical teams from the World Bank and the government agreed that an investment project would be the most effective response to this emergency. The preparation of this type of project usually takes months given the need for studies, technical designs and protection measures to prevent potential environmental or social impacts. The investment project preparation process also involves an assessment of the implementing agency's capabilities for financial management, procurement processes and project monitoring and evaluation.

With all the preparation this type of program entails, the technical teams of the World Bank and the government were determined to develop this US$ 150 million emergency project rapidly and diligently to ensure its approval by the World Bank’s Board of Directors on December 18, 2020. In other words, to prepare it in just three weeks.

“We knew it would be a difficult hurricane season owing to the pandemic,” said Joaquín Toro, the World Bank's disaster risk management coordinator for Latin America and the Caribbean. "Given the magnitude of these hurricanes, we knew what the potential needs were. That is why we were able to prepare a project so quickly."

The hard work and close collaboration between technical teams from the World Bank and the Government of Honduras, as well as the decisive support of the respective authorities, enabled the submission of the project - prepared in three weeks - and its approval on the scheduled date.

The project will finance the resilient rehabilitation and reconstruction of some 200 public and community works, the restoration and improvement of public services for 800,000 people, the provision of emergency response and relief services to 100,000 people, and the distribution of food to 72,000 people. It will also continue to strengthen institutional capacity to manage resilient and inclusive reconstruction and recovery after disasters through the training of 200 government and local leaders. The Secretariat for Community Development, Water and Sanitation (SEDECOAS) will be responsible for implementing the project, with oversight by World Bank specialists in financial management and procurement.

"The rapid World Bank response aims to help meet the most pressing needs of affected communities and of those whose jobs, crops and sources of income were affected," said Boris Weber, the World Bank resident representative in Honduras. “In the face of unprecedented devastation, our unprecedented response will support, among other efforts, the restoration and improvement of services such as energy, water, education and health for 800,000 people, with participatory processes to ensure the inclusion of women, indigenous and afro-descendant communities.”