Tajikistan, as one of the most remittance-reliant economies in the world, was hit particularly hard by the COVID-19 pandemic. Like in any economic crisis, the brunt of the impact is being borne by lower-income households and especially by children, who are already affected by higher poverty rates compared to other population groups.  More than 80 percent of households in Tajikistan that receive remittances spend them primarily on food and other basic necessities. Remittances to Tajikistan are projected to decline by 15 percent in 2020.

When the pandemic struck, according to a World Bank survey, 41 percent of households reported that they had been forced to reduce their consumption of food, and 20 percent of families that they were unable to obtain medical care. The situation is threatening previously won gains in poverty reduction and has already worsened the state of food insecurity and malnutrition among struggling families. Not surprisingly, as a result of the crisis, Tajikistan is currently experiencing its slowest economic growth in two decades: growth in 2020 is estimated at 1.6 percent compared to 7.5 percent in 2019.

Through the Tajikistan Emergency COVID-19 Project (TEC-19), the World Bank is financing cash transfers, which have proven to be an effective tool to support the poor worldwide. The one-time cash assistance of 500 somoni (roughly $50) targets low-income families with young children under the age of three across the country to offset the impacts of the pandemic, such as increased prices and limited income opportunities. In partnership with UNICEF, the families also receive important messages about good nutrition and parenting practices that help children stay healthy and grow to their full potential during these difficult times.

When the lockdown began, Mahina’s family was one of those severely affected. Her husband is a construction worker, but since the COVID-19 outbreak earlier this spring, he has not been able to work, due to the suspension of many construction projects. The cash assistance Mahina received was much needed, as she was able to buy food and medications for her one-year-old daughter Sarvinoz, who was recovering from surgery.

“The assistance was very important and timely for us. Sarvinoz has fully recovered and is healthy now,” says her mother. 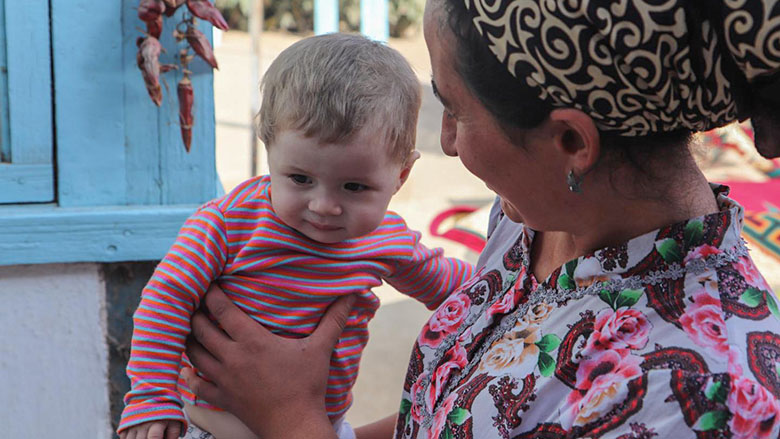 One-year old Sarvinoz, who benefited from the cash assistance, when her family struggled to make a living due to the impacts of COVID-19.

Barfioy Shoimardonova, a 61-year-old resident of Shahrinav District who lives with her sons and their families, also received this cash support. Her husband, one son, and a grandson live with disabilities. She has five grandkids: the oldest is seven and the youngest just turned one. Barfioy’s oldest son works in Russia and is the main breadwinner in the family, but lately he has not been able to send much money because of the quarantine measures there.

“Since Russia was put on quarantine, remittance money has dropped. We have suffered. But thanks to the assistance, we bought wheat flour, helped the kids, fed them, and took care of them,” says Barfioy. 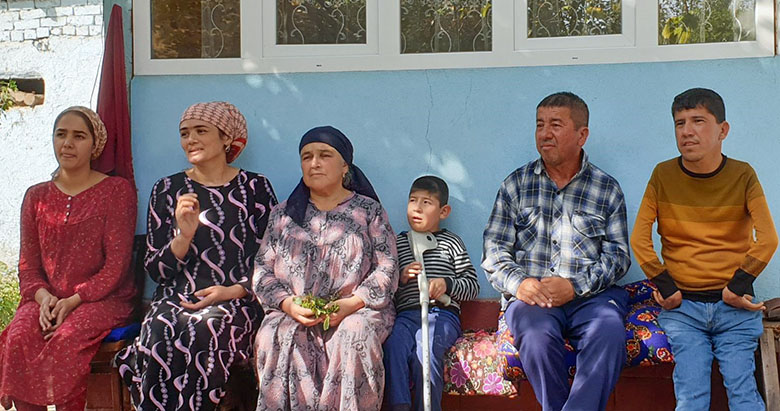 Barfioy Shoimardonova with her 7-year-old grandson and two daughters-in-law. The family is a TSA recipient in Shahrinav District, Tajikistan.

The emergency cash transfers will cover a total of over 50,000 households with young children under the age of three across Tajikistan, families that are enrolled in the Targeted Social Assistance (TSA) system due to their low-income status. The new TSA program supported by the World Bank has been expanded nationwide since July 2020.

“The emergency cash payments allowed us to test the shock-responsiveness of the social protection system in Tajikistan and the effectiveness of recent social assistance reform with the introduction of the TSA. The model aims at expanding the role of the TSA in delivering cash transfers to the population groups affected by the emergency. There is now a solid ground for further policy dialogue in strengthening the capacity of the national social protection system to respond to various future shocks,” says Oleksiy Sluchynsky, Senior Economist at the World Bank.

"Children under the age of three are the most vulnerable to the lifelong consequences of malnutrition, which negatively affects their physical and cognitive growth. Therefore, it is critical to target assistance to children in that age group in vulnerable families." 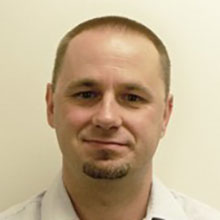 The Tajikistan Emergency COVID-19 Project (TEC-19) is being financed by a $11.3 million grant from the World Bank and implemented by Tajikistan’s Ministry of Health and Social Protection and State Agency for Social Protection. It aims to support the country’s efforts to respond effectively to the health and social risks associated with the COVID-19 pandemic.

Learn more about the project