Skip to Main Navigation
This page in:_
FEATURE STORY October 21, 2020 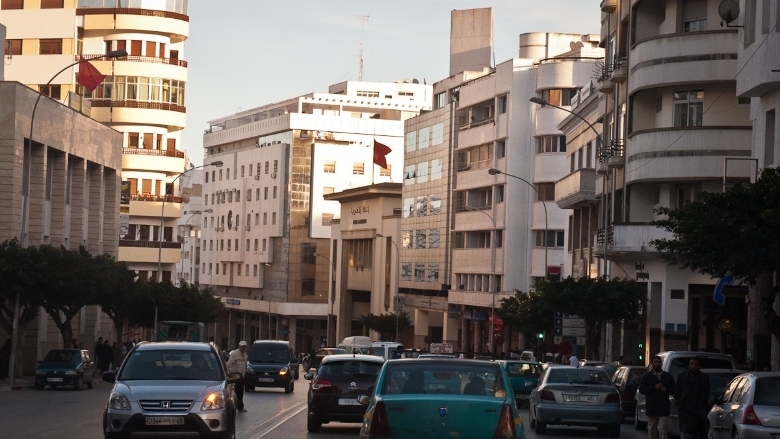 Rapid urbanization has been changing the face of Morocco’s urban centers and, with it, their pattern of governance. Local municipalities have seen their autonomy increased as part of a government regionalization strategy designed to develop the potential of the different regions.

Faced with the task of delivering quality services and infrastructure, municipalities find they need to improve their management systems to increase their revenue and investment. This is all the more relevant in the context of the Covid-19 pandemic, where municipalities have been heavily involved in the emergency response, mobilizing significant resources in the fight against the pandemic, with decreasing revenues, while ensuring the continuity of essential services such as waste collection and urban transport.

The Morocco Municipal Performance Program, co-financed by the World Bank and the French Development Agency (AFD), supports about 100 urban municipalities with a combined population of 18 million—equivalent to more than 80% of Morocco's urban population and nearly 50% of its total population. Led by the Directorate General of Territorial Governments (DGCT) at the Ministry of Interior, the program is fundamentally transforming the relationship between municipalities and the central government, from one of control to one of support.

Its hope is for an efficient performance-based framework that will allow municipalities to structure their financing and management to sustain quality public service delivery and leverage on intermunicipal synergies for services.

“This is an innovative operation, with an incentive mechanism that aims to strengthen inter-municipal cooperation and enhance the technical and human capacity  and to help municipalities with the resources they need to meet their performance targets,” said Jesko Hentschel, World Bank Maghreb Country Director. “We at the World Bank are proud to support this agenda contributing to the development objectives of the government’s regionalization strategy.”

The program, which went into effect in April 2020, is already showing some results. The Ministry of Interior has started putting in place capacity building activities in areas where municipalities have expressed the need for support. Training is being delivered virtually because of COVID-19. Furthermore, its first annual performance assessment was carried out while it was still being prepared in 2019. Targeting 97 municipalities, the assessment was conducted by the General Inspectorate of Territorial Administration and covered, among other things, governance, resource management, human resources, environmental management, local public services quality and public procurement. It resulted in the first allocation of performance-based grants to 81 municipalities that met a set of mandatory minimum conditions; more than that, a total of 93, had published financial statements, compared to 11 at the beginning of that year.

Emphasis has also been placed on digitizing administrative services, such as the civil registry and issuance of construction permits, and on citizen satisfaction and feedback.

The World Bank also mobilized resources to help Morocco gain a better understanding the impact the COVID crisis is having on municipalities, their operations and finances, and look at the role they are playing in response to it. There are plans to follow up on the role of municipalities later, in the recovery phase.

Next, the program will focus on consolidating the performance-based transfers system and scaling up municipal capacity through tailored technical assistance, as well as continuing its support for inter-municipal cooperation and monitoring the impact of COVID-19.

“Through this program implemented in partnership with the World Bank and the French Development Agency, we pursue three priority objectives: enable municipalities to improve their performance, create emulation between them by publishing evaluations results, and provide citizens with tools and indicators to evaluate the performance of their municipalities ”, said Khalid Safir, Wali, Director General of Territorial Governments at the Ministry of Interior.