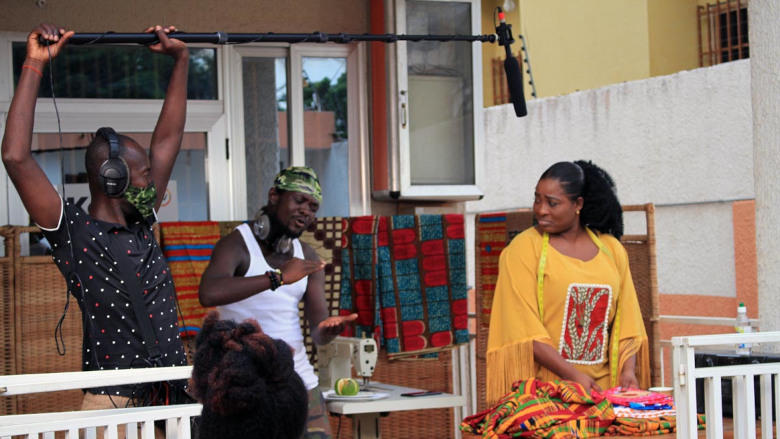 Accra, October 11, 2020 – The first scene of the new Ghanaian drama series Corona Life opens with Akua Asabea Asempa, a dressmaker who runs her own business, listening to radio program on COVID-19. When her husband Nana Yaw Asempa, a mechanic, walks in and tries to change the channel to listen to a football match, Akua warns him that COVID-19 has become a serious issue and it is important to stay informed, so they can protect themselves from getting infected.

One of Ghana’s biggest challenge in the fight against COVID-19 has been persuading citizens to accept the reality of the pandemic and integrate behaviors into long-term habits to adapt to a new normal. The main message of Corona Life centers on encouraging people to follow safety and social distancing protocols that define life under COVID-19.

The plot of the mini-series revolves around husband and wife Nana and Akua, played by popular Ghanaian actors Gloria Sarfo and Micky Osei Berko, as they follow the impending danger brought by the virus with differing attitudes. Nana remains set in his old ways and behaves as if everything is business as usual, while Akua follows the safety, hygiene, and social protocols. Playful banter and serious drama unfold as they confront the gravity of the pandemic. All scenes were filmed in Twi, the local language, so Ghanaians from all walks of life could identify and relate with the characters and events.

“By depicting real-life scenarios in an entertaining way, we aim to better reach people and change perceptions and attitudes on confronting the virus. Our goal is to help reduce the number of infections,” says George Asiedu, who coordinates the Greater Accra Metropolitan Area Sanitation and Water Project funded by the World Bank.

Building on the project’s successful public awareness campaign on hand washing and improved hygiene and sanitation, Asiedu and his team decided to adopt a similar approach and support the mini-series to intensify hygiene promotion and behavior change around the COVID-19 pandemic. Corona Life also complements the Ghana Covid-19 Emergency Preparedness and Response Project’s risk communications campaign and health response.

Ghana announced its first confirmed cases of Covid-19 in March 2020. By September 2020, more than 46,000 cases had been confirmed, with over 95% recoveries. Confirmed active cases currently stand around 550. With a population of about 30 million—the 10th largest in Sub-Saharan Africa—Ghana now has the fourth highest number of cases in Sub-Saharan Africa after South Africa, Egypt, and Nigeria. Yet, it also has one of the highest COVID-19 testing rates on the continent. 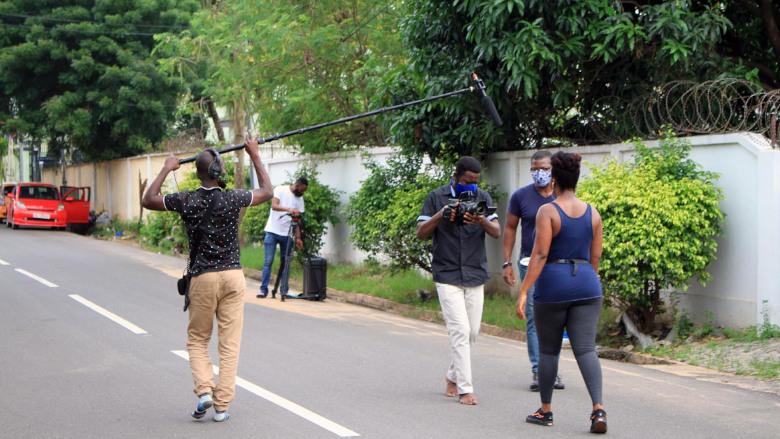 Asiedu and his team decided to adopt a similar approach and support the mini-series to intensify hygiene promotion and behavior change around the COVID-19 pandemic. ©InGenius Africa

Filming in the middle of a pandemic

According to Kwame Boadi, Executive Producer of Corona Life, the main goal was to keep cast and crew numbers down and use technology to their advantage.

“In the first 10 episodes, the only physical interaction is between the leading couple. Other characters were brought in using WhatsApp videos and phone calls,” explains Boadi, who kept his production crew to just six people, compared to the typical 10 to 14-member crew he would have for such a production. Scripts were also made accessible via mobile phone.

“These measures not only allowed us to be physically distant during shooting, but also helped us to cut cost, making the proposal more appealing during this resource-scarce period. We also organized the entire production in a single home fitted with hand washing bays and hand sanitizers. The crew and cast stayed there during the shooting of the drama series,” says Boadi.

Boadi believes the subject matter of the production helped in orienting everyone toward proper safety measure, allowing Corona Life to come off without a hitch.  In July 2020 the 20 episode series began streaming online on the Facebook page of the Daily Graphic, Ghana’s largest circulating print media, as well as on kentetv.com, the Kente TV YouTube channel, and other websites. It is now being broadcasted on other television and radio stations nationwide. 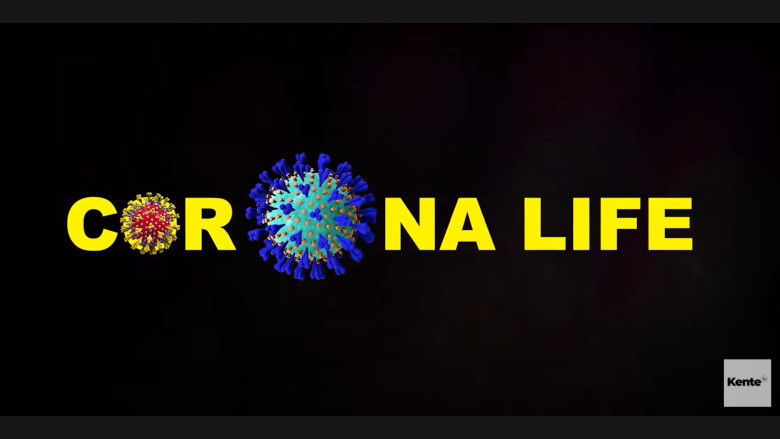