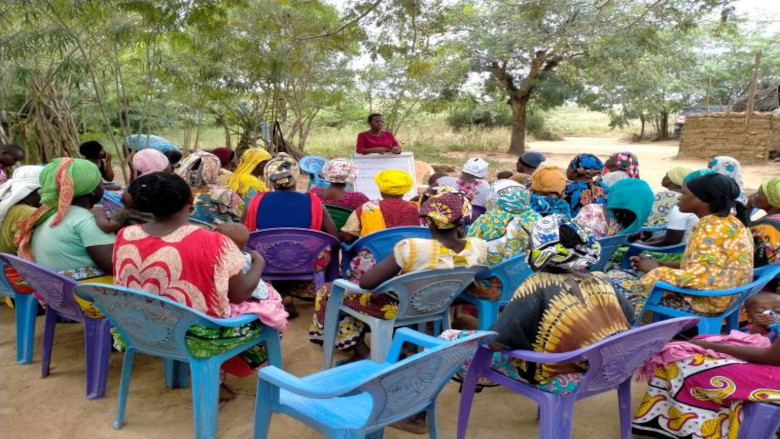 NAIROBI, KENYA, September 26, 2020—Mwaka Beja is from the Duruma community in Kenya’s coastal county of Kwale. Kwale is home to the site of the Mwache Dam. Construction of the dam begins in April 2021. Once completed, the Mwache dam will improve the security and reliability of water supplies to the county and nearby Mombasa city.

Like women in her family before her, Mwaka used not to own land, which traditionally belonged to the clan, and whose ownership was more recently shifted to men. When it became clear that Mwaka’s homestead would be affected by the construction of the Mwache dam, she was initially very excited because of the possible compensation paid to families being displaced. The relocation would present new opportunities for her and the family. However, apprehension began to set in. Her husband had died a few years ago, and her relationship with her in-laws was frosty. The fear of being disinherited by her in-laws was now real. To make matters worse, one brother in-law was an elder in the village committee popularly known as “wazee wa magogo”.

During the resettlement action plan consultations, the community had been informed of the creation of a grievance mechanism, for those concerned about the project implementation. Grievance categories were shared and included disputes over boundaries, inheritance and family disputes. Such could be heard and resolved through different levels, the first being the village-level Grievance Redress Committee (GRC). Coincidently, Mwaka had just learned from her son that one relative had sarcastically disparaged her as being a woman with no right to receive any compensation from the project.

Mwaka voiced her concerns and discomfort to the village-level GRC during a women’s forum organized by the project’s gender specialist. Her concerns led the project team to highlight that project-affected people had several avenues to lodge a complaint beyond village GRC. Grievance charts and communication materials were then adapted to make clear that project-affected people had an alternative to the village-level GRCs.

Mwaka’s story illustrates how grievance mechanisms, need to carefully integrate the views and preferences of vulnerable groups. GRCs should ensure accessibility to all without reinforcing existing power imbalances while respecting the local culture and institutions of indigenous communities. Grievance mechanisms are required under the World Bank’s Environmental and Social Framework’s Environmental and Social Standard on Stakeholder Engagement and Information Disclosure. Simon Kibachio, the Ministry of Water and Sanitation Water Engineer responsible for oversight of Mwache Dam’s Resettlement Action Plan implementation says: “the Grievance Redress Mechanism has given a room for feedback to the person who feels that this project may be detrimental to them and might leave them at a more vulnerable place than where they were before the project came to be.”

Under the World Bank’s Environmental and Social Standard on Indigenous Peoples/Sub-Saharan African Historically Underserved Traditional Local Communities, traditional dispute resolution mechanisms should be recognized and included in the project’s grievance mechanisms. Where traditional systems do not match the Bank’s commitment to the principles of equity, non-discrimination, participation, inclusion, and accountability, it is important to include avenues that ensure alternate mechanisms are available. In this case, it was essential to ensure a system that respected women’s and other vulnerable groups’ legal rights to land.

To guarantee that grievance mechanisms give a voice to the full range of project-affected people, many GRCs comprise a variety of representatives. For instance, under the project, GRCs established at sub-location level - just above the village-level were composed of elected representatives of project-affected youth, women, men, religious groups, and vulnerable/people living with disabilities, alongside the assistant chief, village administrator and village elders, and a social expert, resettlement expert, and Ministry of Water, Sanitation and Irrigation representative. 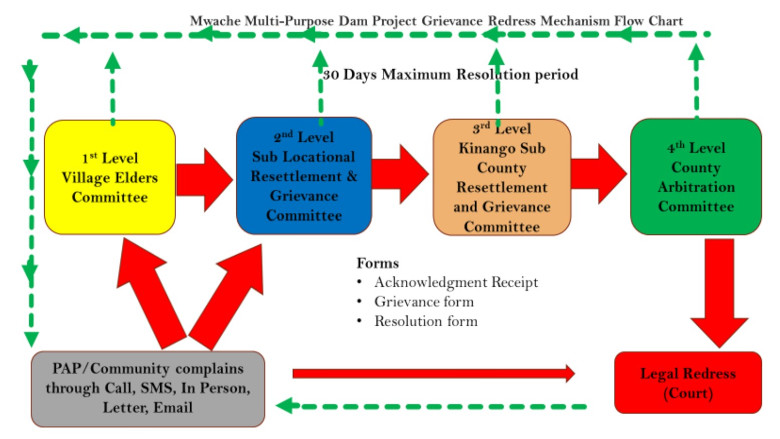 Mwaka’s story also highlights that grievance mechanisms can fail to promote equality and inclusion if they do not bridge discrepancies existing between the mindsets, traditions, and “business-as-usual” approach of public officials and local leaders, and the requirements of the country’s national legal framework and World Bank policies. In the case of the Kenya Water Security and Climate Resilience project, bridging this gap was achieved by intensifying training for GRC members on gender but also Kenyan land and other laws and policies they needed to be aware of.

A total of twenty-seven committees have been formed of which twenty are at the village-level, since twenty villages will be affected by the project and each has a committee made of five local elders. Five other committees are at the five sub-locations level and one for the sub-county level. So far, 88 complaints have been lodged at village and sub-location levels, of which twenty-eight (about 33%) came from women and fifty-eight from men. As of August 2020, 48% of the complaints had been resolved including Mwaka’s case. “I am first of all grateful to God because I have gotten justice. I have seen that our village elders are also mindful of women getting their dues and would like to encourage my fellow women not to fear taking their grievances to the village elders”.

Ultimately, effective grievance mechanisms should be a tool to ensure that vulnerable groups can claim their rights and don’t end up in an even more dire place as a result of a development intervention. This commitment to leave no-one behind means balancing respect for traditional communities and their culture with individual rights. The Human Rights and Development Trust Fund supports the implementation of an effective right to remedy across World Bank financed projects. 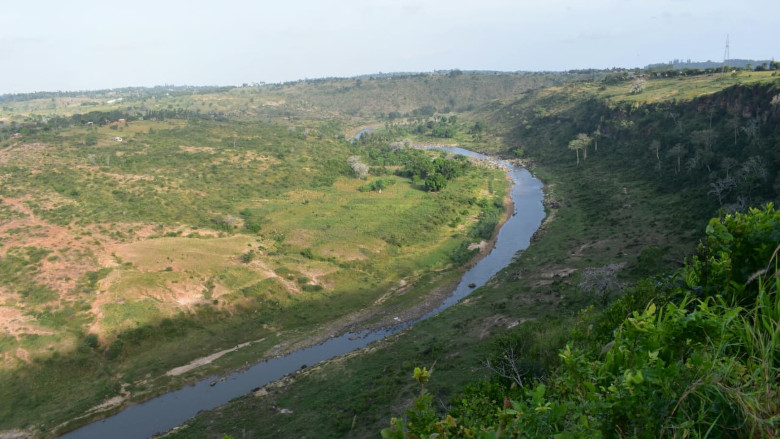 Once completed, the Mwache dam will improve the security and reliability of water supplies to the county and nearby Mombasa city. © World Bank