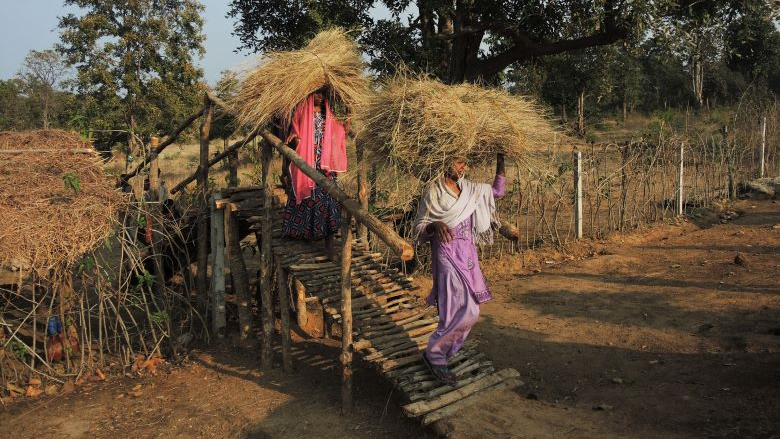 Fodder collection from forests in Chhattisgarh.

When the Great Depression devastated the world in 1929, closing businesses and rendering millions out of jobs, President Franklin Roosevelt put three million men to work in national parks across the United States. The men earned a living wage reforesting the parks, creating fire breaks, and improving irrigation and drainage.

South Korea too supported economic recovery in the aftermath of the Korean War (1950-53) and the financial crises of 1996 and 2008 by creating jobs to restore degraded forest lands. Since 1973, the country’s focus on forestry has enabled it to plant over 10 billion trees, increasing its forest cover by 63 percent and providing $184 billion worth of public benefits – or 12 percent of its GDP.

Can India do something similar today? Can it generate productive employment for the innumerable migrants who have returned to their villages due to the pandemic, while also conserving the country’s natural resources and restoring its dwindling forest base?

“We need to seize the moment,” emphasized Dr. Sanjay Kumar, India’s Director General of Forests. Speaking at a recent webinar on Growing Back Greener organized by the World Bank’s India office and the International Union for Conservation of Nature (IUCN), he said,

“Evolution never happens in a uniform manner. Changes are cataclysmic, and it is these changes that bring about a change in the world order. This maybe a period for such a change.”

Today, every dollar spent on restoring the landscape has the potential to generate at least $9 in economic benefits. In the US alone, ecological restoration is a $9.5 billion industry, employing 126,000 people and indirectly generating $15 billion and another 95,000 jobs (IUCN).

"Evolution never happens in a uniform manner. Changes are cataclysmic, and it is these changes that bring about a change in the world order. This maybe a period for such a change."
Dr. Sanjay Kumar
India’s Director General of Forests

The webinar provided some broad lessons for India during this time of crisis:

First, ecological restoration can be included in India’s vast public works programs:  India can use the Mahatma Gandhi National Employment Guarantee Scheme (MGNREGS) and the Pradhan Mantri Garib Kalyan Rojgar Abhyaan - which have a combined annual outlay of $20 billion - to build the country’s green infrastructure. These programs can help restore forests at scale, improve the quality of pastures, forests and wetlands, control erosion and forest fires, as well as sequester carbon and conserve biodiversity.

In India’s north eastern state of Meghalaya, the World Bank’s Community Led Landscape Management Project is helping create jobs while restoring forests and rejuvenating the state’s 6,000 plus natural springs. The work includes the revitalization of the state’s unique natural heritage – its living root bridges. “The lessons learnt are being scaled up under MNREGS and could serve as a model for other states,” explained Pyush Dogra, the Bank’s senior environmental specialist who leads the project.

Second, returning migrants can be encouraged to set up new forest-based enterprises.   Given the rapidly growing demand for natural products, returning workers can be encouraged to set up MSMEs that add value to non-timber forest produce (NTFP) using their knowledge of new technologies and urban markets. For instance, instead of rare produce from Himachal Pradesh - such as morel mushrooms and Himalayan herbs - being taken to Amritsar and Delhi for collation and processing, returning migrants can process them near their village homes, generating jobs and raising local incomes. Similarly, India’s 100 million plus tribal and forest dwellers can be incentivized to process the hundreds of medicinal plants and forest produce that they have traditionally collected for their livelihoods, including honey, tendu leaves, mahua, lac, sal, gum, and karanj seeds.

“India’s NTFP sector is valued at over $25 billion, but it rarely results in a steady income for the tribal populations that collect and sell these products,” pointed out Mr. Kumar. 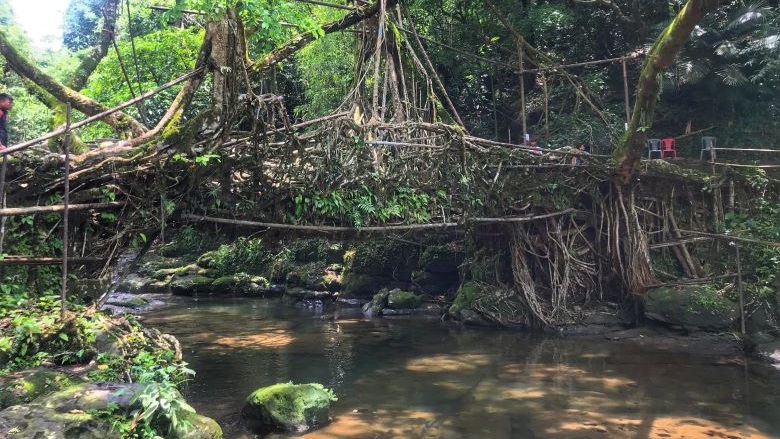 Fourth, restoring India’s natural heritage and unique ecosystems can boost opportunities for nature-based tourism. By creating safer habitats for India’s vast biodiversity, forests can help boost tourism, generating gainful employment for rural residents.  In the US, the National Park Service uses forests to educate and inspire, while in Korea, forests play an important role in the life of a citizen - as a retreat for pre-natal care, a teacher for young children, for recreation and adventure during one’s youth, for therapy and relaxation from the working world, and for memorial services after death.

Fifth, restoring forests and terrestrial landscapes will help India meet its international commitments towards climate change and land degradation. Under IUCN’s Bonn challenge, India has the highest global commitment for arresting climate change, aiming to restore over 20 million hectares of degraded land by 2030. Achieving this could make India the global leader in green recovery.

In India, some states have already taken the lead on the path towards green recovery. Maharashtra’s ‘Green Army’ initiative has, for instance, planted 589 million saplings between 2016 and 2020 with participation from all sections of society. And on July 28, 2020, Uttar Pradesh, India’s most populous state, set a world record by planting more than 289 million plants in a single day. Some 240 indigenous species were chosen for planting to preserve biodiversity and for their potential use in Ayurvedic therapies.  Other states too can forge a resilient economic recovery while leaving a valuable legacy for future generations.