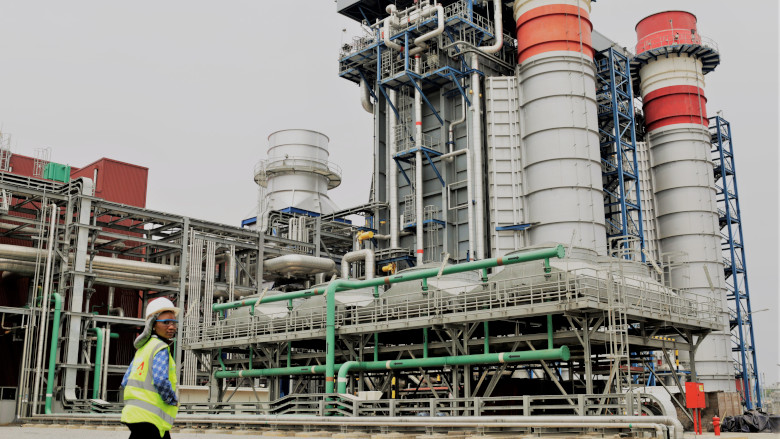 ABIDJAN, Côte d’Ivoire, July 23, 2020—Dawn has barely broken over the Abobo neighborhood, but CoqIvoire has been bustling with activity for hours. A group of employees in white coats are busy loading boxes onto dozens of refrigerated trucks. Every day, these trucks travel hundreds of kilometers to deliver meat and poultry products to supermarkets in Abidjan and across the country. “Our products are valued all across the country for their quality because we take great care to maintain the cold chain,” asserts Florent Nguessan, Director of Operations at CoqIvoire.

Reliable and affordable electricity is indispensable for this subsidiary of the SIPRA Group, West Africa’s leading poultry producer. “As far as refrigeration is concerned, an hour-long power outage could spell disaster,” says Nguessan.  He is too young to remember, but his co-workers have often told him about the difficult times in the 1990s, when unscheduled power outages forced them to spend vast sums on fuel to power their generator. “Not to mention the large quantities of products that often had to be dumped,” Nguessan adds.

Those tough years nevertheless provided Côte d’Ivoire with an opportunity to find a unique, innovative energy solution, paving the way for the country to develop the third largest electricity generation system on the continent and become one of the leading electricity exporters in West Africa.

With an installed power capacity of almost 2,230 megawatts (MW), Côte d’Ivoire fully meets its domestic demand and exports the roughly 10% generation surplus to the subregion. Whereas only 34% of Ivorians had access to electricity back in 2013 when the post-electoral crisis triggered a 40% decline, 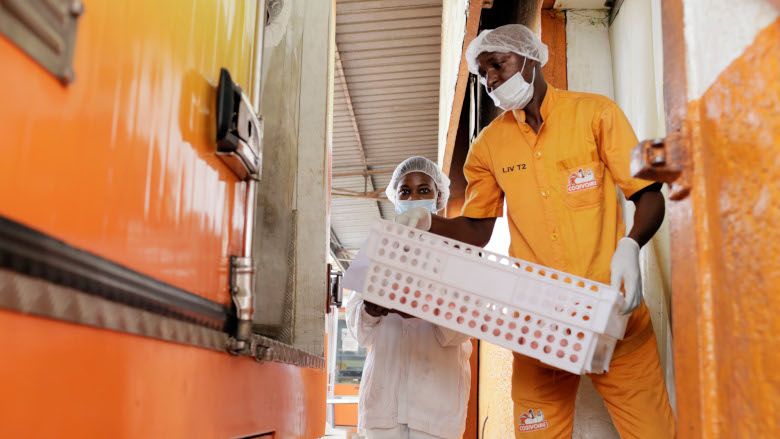 Every day, CoqIvoire’s fleet of refrigerated trucks travels hundreds of kilometers to deliver meat and poultry products to supermarkets in Abidjan and across the country. © Erick Kaglan, World Bank

“It all began in 1993, when the then government decided to open up the energy market to the private sector to avoid a recurrence of the major load-shedding crisis of 1984,” explains Gérard Bile Tanoé, Secretary General of CI-Energies, Côte d’Ivoire’s public operator. Driving this decision—a first in Africa—was the desire to increase access to electricity to meet growing needs, while limiting the impact on public finances. Two international consortiums decided to take a chance and invest. The first constructed the CIPREL power plant that started generating electricity in 1995.

Then in 1999, on the outskirts of the commune of Youpougon renowned for its shops and restaurants, in the village of Azito, the second investor built and started operating the thermal plant that bears that village’s name.

“The plant generated 140 MW at the outset, and we expanded over the past 20 years to triple our capacity to the current 480 MW,” states Jacques Kouassi, Technical Director of the Azito plant. The ongoing Phase IV expansion project will take generation capacity to 700 MW by 2022.

While Ivorian authorities were visionaries in deciding to privatize a portion of the sector, ensuring the confidence of private investors was key to making this vision a success.

“Various World Bank Group institutions lent their support from the get-go,” says Olivier Buyoya, the International Finance Corporation (IFC) Country Manager for Côte d’Ivoire. Between 2010 and 2019, IFC, the World Bank Group’s private sector arm, invested over $400 million in the construction and expansion of the Azito and CIPREL plants. “Notably,” Buyoya adds, “IFC also mobilized other partners,” which helped raise  an additional  $ 1.1 billion from other development finance institutions, such as AfDB and AFD. The International Development Association (IDA), the World Bank’s fund for the poorest countries, provided $30 million in guarantees to attract other private investors and helped the government undertake the reforms and restructuring needed to ensure the energy sector’s viability.

The World Bank Group renewed its support after the 2011 post-electoral crisis when the Azito plant had to boost its capacity to sustain the economic recovery. At that time, the World Bank’s Multilateral Investment Guarantee Agency (MIGA) stepped in to provide a $116 million guarantee to insure investors against political risks.

According to Kouassi, “Once the World Bank Group is involved, investors feel confident.” He believes the most noteworthy outcome has been the sector’s resilience and operational efficiency: “There have been no service disruptions at Azito. Even at the height of the 2010-2011 post-electoral crisis, electricity was always available, despite power outages.” 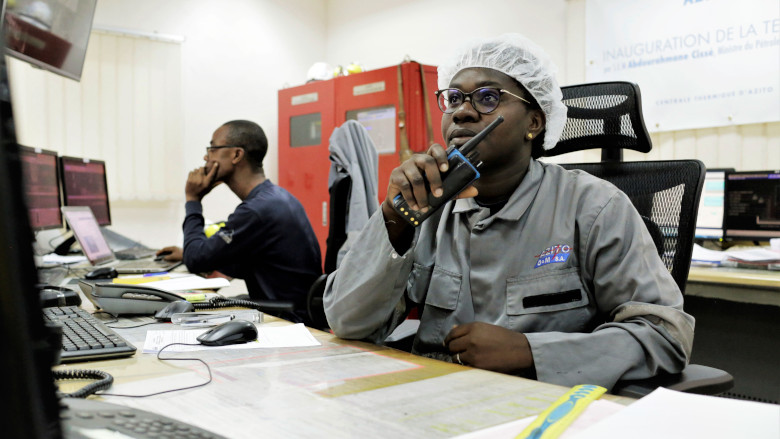 Electricity for all and 42% renewable energy by 2035

“In 2018,  a partial guarantee of $240 million from IDA  helped the public operator, CI-Energies, address financial difficulties that were tied to several external factors, such as the fall in global gas prices, and obviate the need for a government bailout that would have placed a strain on public finances,” explains Buyoya. This funding allowed CI-Energies to restructure its debt and raise EUR 445 million on financial markets.

World Bank support for the expansion of generation capacity has also facilitated the transition to cleaner energy. This cleaner technology provides cheaper electricity produced in greater quantities by reusing exhaust gases. It also responds to declining generation capacity of the country’s hydropower dams, which have seen water resources dwindle since 2010 due to climate change.

Also in 2013, in a bid to meet growing energy demand (8% a year) and replace fuel with natural gas, Côte d’Ivoire opted to invest in the expansion of its natural gas fields. These works were carried out by the Foxtrot company, supported by $60 million in IDA financing and a $437 million MIGA guarantee. Most recently, under the World Bank Group’s Scaling Solar Initiative, IFC is supporting the development of two public-private partnerships to generate 60 MW of solar energy.

Today, private operators in Côte d’Ivoire are currently responsible for 70% of energy production and 100% of its distribution. The grid is expected to cover 99% of the population by 2035, and 42% of the energy produced will come from renewable sources. That is reassuring news for CoqIvoire. 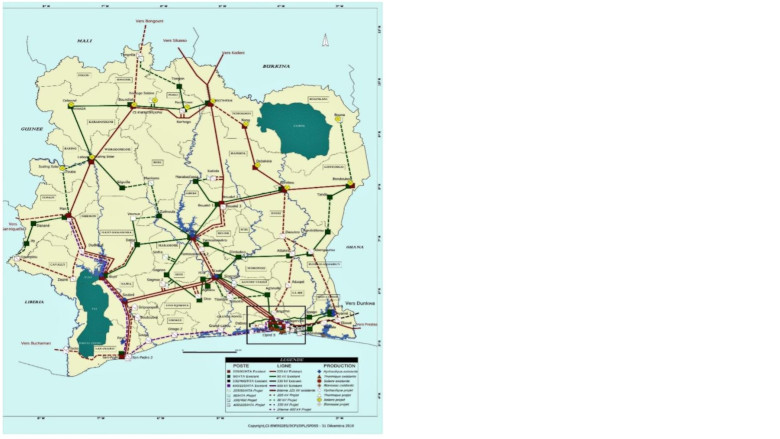 Map of the energy distribution grid planned for 2030. © CI-ENERGIES