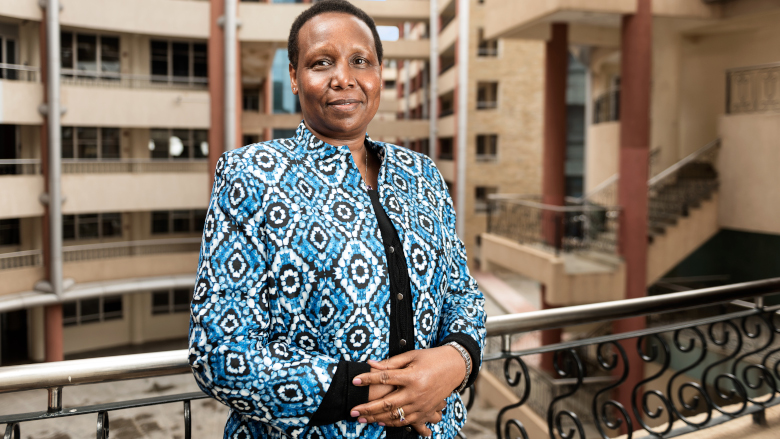 NAIROBI, July 14th, 2020 – When Eng. Esther Ruto was young, there were no women aspiring to complete degrees in Science, Technology, Engineering and Mathematics (STEM) in her rural hometown of Kericho, Kenya.

The absence of African women in sciences, noted by her teacher, motivated her.

“Why is that? So I found myself trying to find out,” said Esther, who became the first woman in Kericho to study electrical engineering. “I am the type of person who takes challenges.”

Now the General Manager in charge of the Power Distribution and Regional Coordination Directorate at Kenya’s Rural Electrification and Renewable Energy Corporation, Esther is still one of very few women in the field. Her experience in school reflects what has been dubbed a “leaky pipeline.” Fewer girls pursue degrees based in STEM after high school, and even fewer seek STEM-related careers. In the cases where girls do choose a STEM-related career, they are often held back from advancement to senior position by pressures in the home or the workplace.

As a result, women are substantially under-represented in the energy sector internationally, as well as in most utilities and the infrastructure sector.

With funding from the UK Department for International Development (DFID)/Energy and Economic Growth Program (EEG), the World Bank’s Energy Sector Management Assistance Program (ESMAP) is leading an in-depth study of employment issues in the energy sector. Led by the Africa Gender and Energy Program, this research is looking at the career trajectories of women in energy utilities across Ethiopia, Kenya and Zambia, and noting their challenges.

Kenya is turning the numbers around. The Kenyan government adopted a two-thirds gender principle in the 2010 Constitution. It requires the state to take steps to ensure any elected or appointed body should have no more than two-thirds of its members from one gender.

Employment policies following the legal push for better representation of women in the workforce are making a difference, said Sarah Wepukhulu, Connectivity Manager for the Kenya Power and Lighting Company (KPLC), a listed electricity distribution company with a majority government shareholding.

In aiming to meet the national employment goals, a focus is being placed on recruiting female applicants from universities. However, the proportion of women in technical roles remains around 13%, as opposed to 22% across the company as a whole. Raising those levels has meant looking further back for “leaks” in the pipeline.

“We realized that waiting until university level to recruit girls is too late,” Sarah said. “So we are now developing programs to engage girls at the high school level.” 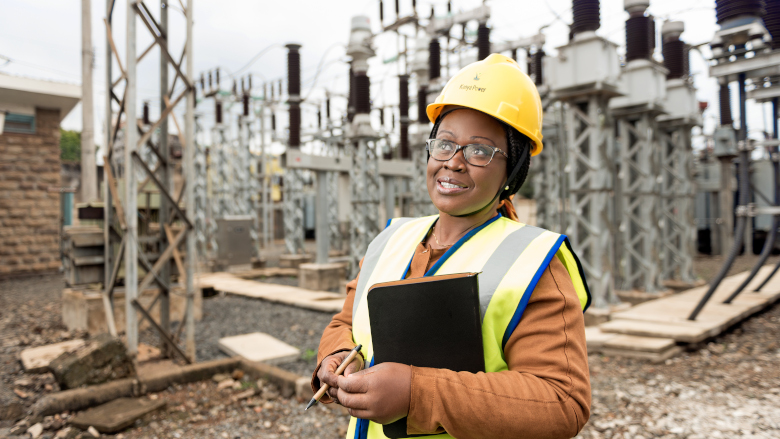 Kenyan girls used to be discouraged from science and math at school by traditional cultural and social expectations, said Grace Aswani Ngigi, Insurance and Integrity Manager for KPLC.

“Kenyan parents nurtured their daughters for the ‘softer’ jobs, for jobs that seemed like they were not conflict with the authority of the man in the house,” she said.

Girls’ experiences with STEM subjects at school are critical for encouraging their participation in the energy sector in the future, in terms of STEM jobs themselves but also in “demystifying” the technical side of the business for those in commercial or support roles.

The World Bank report, Stepping Up Women’s STEM Careers in Infrastructure-An Overview of Promising Approaches (June 2020) shows even minor interventions, such as providing information to girls about the salaries available in male dominated industries, can act as powerful incentives to stick with those subjects.

Sarah says that when she takes part in mentorship programs with girls, “when they see me coming to their school driving a nice car, that in itself is a motivation.”

Workplace policies that recognize women’s care burden can bring down barriers to women advancing to more senior roles. Childcare and lactation facilities can aid women in navigating conflicts between work and professional roles, and have helped normalize caring for infants in the workplace. Flextime policies can also assist women, who still carry the main share of caregiving responsibilities for both children and ageing parents in Kenya.

The two-thirds rule in governance ensures policy-setting is attuned to issues that male managers or board members may be less aware of, such as pregnancy and childcare requirements. “On boards, women’s solutions to resolving an issue can be very different to a man’s,” said Grace.

Representation is also crucial for mentoring female staff. Grace said as part of the senior management team, reporting to a woman manager lifted her confidence. “If I ever felt I was exposed as a woman, she handled it. I knew if anybody tried to approach my work from a prejudicial perspective because of gender, I was protected.”

Sarah’s experience with a supportive manager also highlights the importance of male managers championing female staff while women are underrepresented at higher levels.

“One male manager was very supportive through his career. Even when he was in human resources (HR), he kept on looking for a reason to say, ‘look at what she's doing, look at what she can do,’” she said. “And because I was good at what I was doing, he kept giving me that support.”

A 2016 McKinsey study across 14 African countries found energy companies with a larger proportion of women board directors had significantly higher earnings than those with less diversity, indicating a clear benefit to a more gender diverse workforce.