Meet the Innovator Protecting Our Oceans in Vietnam: Chien Le 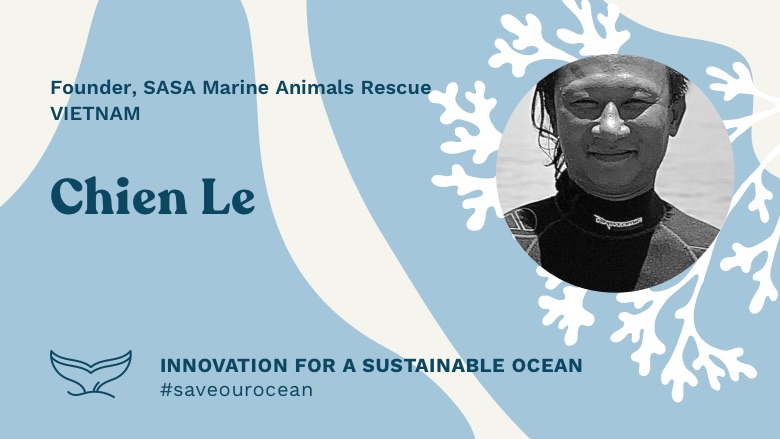 Chien Le is the Founder of SASA Marine Animals Rescue Center, a Vietnam-based NGO working to rescue stranded marine animals and reviving damaged coral reefs in the central coast of Vietnam. He is on a mission to reverse the damage humans have caused and protect the wonders of our oceans.

Where does your love for the ocean come from?

I was born in Hanoi and trained as an IT engineer. After some years working in the corporate world, I got really bored and decided to take a road trip around Vietnam for some soul searching. Travelling along the beautiful coastline that makes the S-curve of my country, it reminded me of the deep love for the ocean that I had throughout my childhood. I was introduced to the wonders of the underwater world through picture books my Mom bought for me and endless hours watching scientific programs on TV. It felt like I never got enough of the ocean.

The more I was addicted to the blue planet, the more concerned I was with the grim reality of how human beings have disturbed and destroyed a perfectly balanced ecosystem. That was why I made a career jump to work in ocean conservation. In 2009, I began working for several local NGOs and decided to settle in the beautiful city of Da Nang. I have been fortunate to work with some of the world’s leading experts on coral reefs and marine habitat restoration. Their deep knowledge and unyielding dedication to protect the ocean inspired me to do the same for my country. 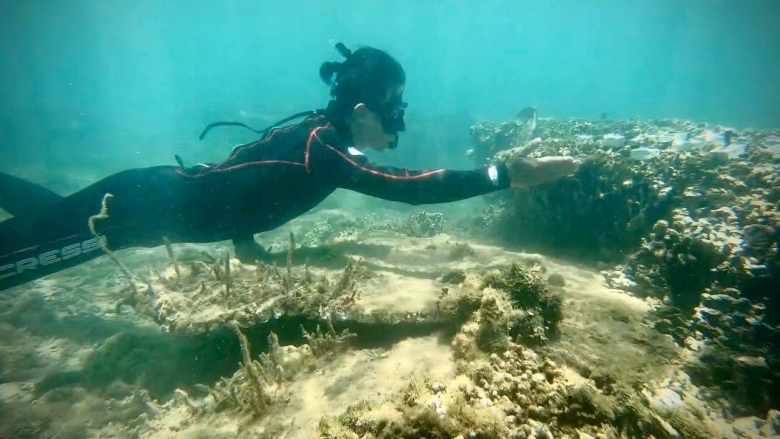 How did SASA Marine Animals Rescue Center get started?

In June 2018, while collecting data about coral reefs for my research work, I encountered an injured whale stranded near My Khe Beach in Da Nang. To help her survive, we brought her back into the sea water and hold her head above the water, so she could breathe. We held her like that for 12 hours until the professional rescue team arrived and transferred her to a care facility. We named her SASA. Her conditions did improve but she passed away a few days later due to a fatal disease.

This sad incident prompted me to think hard about the fact that despite having a long coastline, Vietnam does not have efficient animal rescue services. One month later, I founded SASA Marine Animals Rescue center to fill that gap. At SASA, everyone works as volunteers – people devote their time, resources and labor to keep the operations going. We are connected by a common love for the ocean. We have many foreign friends who fly all the way to Da Nang to join our initiative.

Our mission is to inspire people to care about nature and take actions to protect it. We have recently expanded SASA’s operation to include the restoration and protection of coral reefs in the Son Tra Peninsula. The work involves reef clean-up both along the beach and on the ocean floor and reef replanting. We literally dive in, collect fragments broken off from healthy corals, tend them in nurseries before inserting them back to dead reefs.

Why is your team so focused on coral reefs?

If you can see a swarth of healthy coral reef swaying on the seabed, this is one of the best views in the world. The whole thing is bursting with life. The true value of coral reefs – dubbed as the rainforest of the seas – is much bigger than the wonder and amazement that their stunning look inspires. Coral reefs are home to more than 25 percent of all marine species and provide ecoservices to 40 percent of aquatic creatures. They also provide a great deal of economic benefits to human in the forms of coastal protection, tourism and habitats for fisheries. Many people rely on coral reefs for day-to-day subsistence.

Sadly, human activity has pushed coral reefs to the brink. One study estimates that over the past three decades, the world has lost half of the reefs and 90 percent of them could be gone by 2050. In Vietnam, the situation might be even worse. Only one percent of reefs are considered to be in good condition, while more than 90 percent are threatened from multiple stressors.

Around the world, there are a lot of initiatives on coral conservation and restoration. However, it takes human beings only a second to destroy what the nature takes years to create. So, unless we see sea changes in human behavior, conservation and restoration efforts will never catch up to compensate for destructive behaviors. Therefore, one important component of our program is in raising awareness with relevant stakeholders. Through our conservation work, we try to educate and involve both local people and visitors in our activities.

What motivates you to keep SASA going?

My mission is to reverse the damages human beings have caused and protect the wonders of our oceans. I see the ocean as a living soul. I once rescued a stranded dolphin and when we released him back to the ocean, he seemed to turn around and gave us a wave with his tail. It is such moment that has kept me going on a daily basis despite all the difficulties.

This is definitely not easy work. On many days, I have to spend six hours 15 meters under water without oxygen tanks to remove big fishing nets. It is physically and mentally challenging. An inaccurate move might get a diver entangled a gear, even threatening his life. Diving equipment is very expensive, and at the moment we are mostly self-funded.

"My mission is to reverse the damages human beings have caused and protect the wonders of our oceans. I see the ocean as a living soul. "
Chien Le
Founder, SASA Marine Animals Rescue 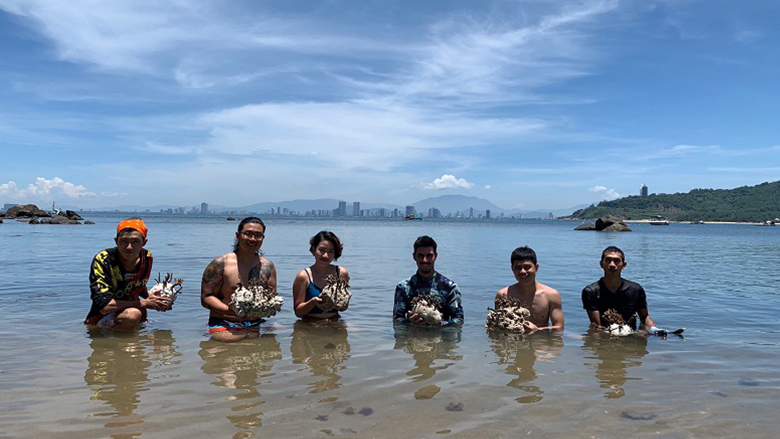 What do you see as the biggest challenge facing our oceans in 2020?

It’s definitely climate change. Strange weather phenomena are happening with increased frequency and intensity – changing ocean currents, rising sea levels and temperatures, and the increase of ocean acidification. These changes in turn put the marine ecosystem at constant stress. Our team has experienced first-hand the devastating effects of climate change on coral reefs. When the tide level is extremely low, to the level we have never seen before, large stretches of reefs are exposed to the air and could easily be smashed by a single storm.

Other threats come from destructive fishing practices and careless tourism. And there it is—the tsunami of plastic debris engulfing the oceans. Among them the most harmful is Abandoned, Lost or Otherwise Discarded Fishing Gear (ALDFG), often known as “ghost gear”. This is a moving killing machine, drifting untethered and entangling everything it encounters. Can you image what we discover inside the fishing nets we scoop out of the seabed? One time, thousands of dead crabs were trapped inside. Another time, the whole marine food chain, all dead. But if the oceans—our source of life—died, how could we survive?

If you had a magic wand and could change or fix one issue/challenge facing our oceans, what would it be?

I would divert all the debris human beings have dumped into the oceans back to where they come from.

What message would you like everyone to hear on World Oceans Day 2020?

The oceans need us. They have been so generous to us, but look what we have been doing? We have been too greedy, taking all the good things out of the oceans while giving the bad and toxic in return. The oceans are dying because of us. Now it’s our duty to give life back to the oceans. We need them too.