Meet the Innovator Protecting Our Oceans in the Philippines: Anna Oposa 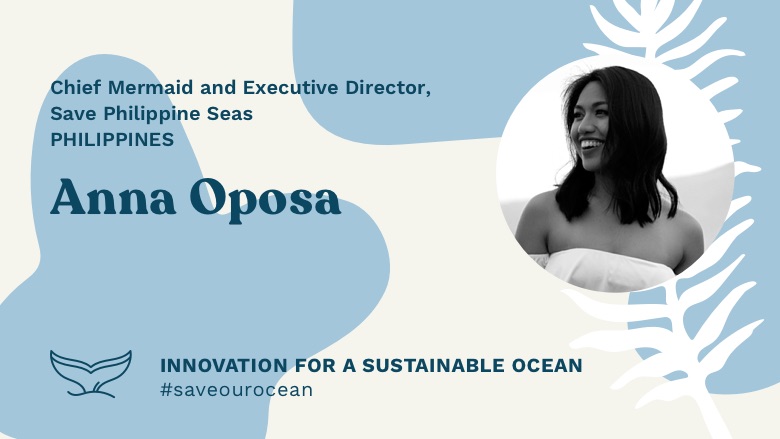 Anna Oposa, is the Executive Director and ‘Chief Mermaid’ of Save Philippine Seas. Anna uses her background in the arts to inspire new ocean advocates in the Philippines. Working with government, businesses, teachers and youth she is rapidly transforming everyone she meets into ‘seatizens’ and creating waves of change across the region.

I was born and raised in the Philippines. My mom is an entrepreneur and my dad is considered the first environmental lawyer in the country. I grew up thinking that there were only two job options – lawyer or doctor. But I really wanted to be a theatre performer or writer.

In college, I majored in English Studies, and had many side gigs as a performer, speaker, teacher, and writer. Then I started volunteering for my dad’s NGO, which exposed me to different environmental issues and inspiring advocates. In 2011, I learnt of an illegal wildlife trade case, which led me to co-found Save Philippine Seas (SPS). SPS started as a social media campaign, and it eventually became a non-profit organization in 2013.

For the last nine years I’ve been at the forefront of SPS, leading waste management, shark conservation, and environmental education projects. In 2016 I obtained an MSc in Conservation Science from Imperial College, London, and I have been a Marine Conservation Fellow at Duke University in the USA.

What comes to your mind when you think of the ocean?

When I think of the ocean, I think of life. The ocean provides millions of jobs, protein sources, is a source of oxygen, regulates our climate, and contributes to our happiness and wellbeing.

I also think of possibilities. How much we’re doing, and how much more we could be doing. And when I think of the ocean, I ultimately think of home. Earth is not called the Blue Planet for nothing! 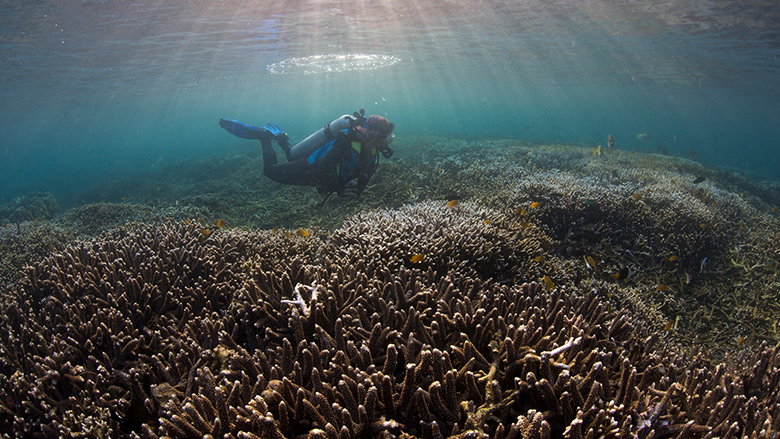 What do you see as the biggest challenges facing our oceans in 2020?

Apathy. Apathy has led to marine pollution, climate change, overfishing, and other illegal activities. COVID-19 has brought new challenges, including an increase in disposables, and loss of funding and jobs for NGOs and scientists.

What does this year’s World Oceans Day theme, ‘Innovation for a Sustainable Ocean’, mean to you?

The theme feels more urgent now than ever before. Innovation for me isn’t just thinking out-of-the-box but thinking that there is no box and asking fundamental questions, like who hasn’t been involved in marine conservation that should be? How do we bring players from different fields to integrate ocean health into their operations? How can different industries complement one another? We need to innovate not just in terms of technology, but in the way we relate with one another as stakeholders.

"The problems in our ocean are everyone’s problems. But if we caused the problems, we can create the solutions. Seas the day!"
Anna Oposa
Executive Director and ‘Chief Mermaid’ of Save Philippine Seas 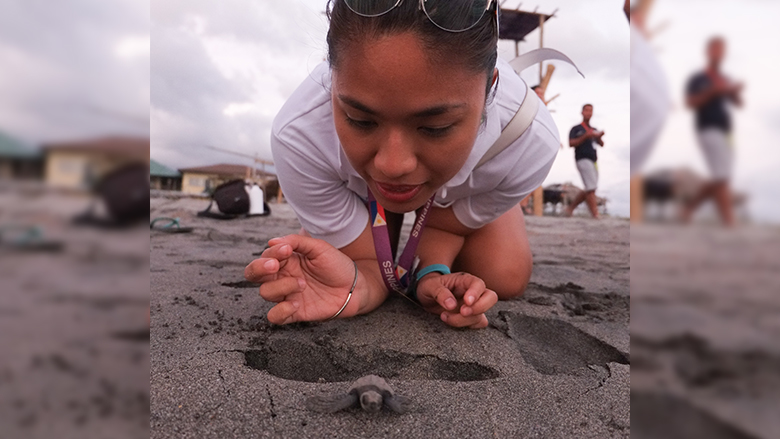 How does your work help to promote and maintain ocean health?

Our philosophy at SPS is not to preach to the choir, but to build the choir. We do our best to bring conservation to unlikely places, like malls when Baby Shark is on tour, breweries, Zumba classes, and other non-conventional means. I’ve never been interested in staying in an echo chamber.

To combat plastic pollution we have a flagship youth program that includes Waste Watchers Toolkits to help businesses reduce unnecessary disposable items like straws, balloon and lantern releases, and plastic lids. The approach is simple, realistic, and full of puns so we don’t intimidate anyone.

We also co-proposed a policy to the Philippines’ national government to allow refilling of personal care products to reduce plastic packaging, but currently there are prohibitions due to safety and hygiene because of COVID-19.

I’m most passionate about making people feel empowered to create change in their own areas of influence. I always want people to emerge from SPS’ projects and campaigns feeling like they have what it takes to respond to challenges; whether that’s something as simple as writing a letter to your boss to reduce plastics in your workplace, or working with waste pickers to provide them with a better quality of life.

I’d love for everyone – all seven and half billion people – to magically be able to experience the joy of being underwater, to swim between diverse coral reefs or beside a marine turtle or blue whale or thresher shark. I’m convinced that if we all developed an intimate relationship with the underwater world, we would change our lifestyle to do little, or no, damage to it.

What message would you like everyone to hear on World Oceans Day 2020?

The problems in our ocean are everyone’s problems. But if we caused the problems, we can create the solutions. Seas the day!