Skip to Main Navigation
This page in:_
FEATURE STORY April 21, 2020 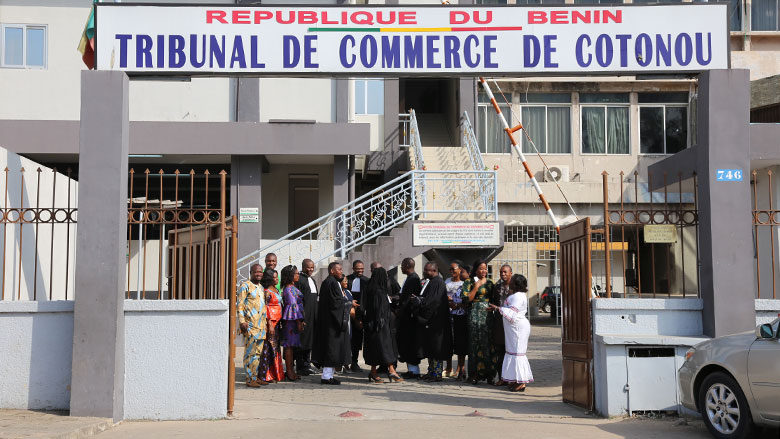 COTONOU, April 21, 2020—Courtroom B of the Cotonou Commercial Court is packed to the rafters. On the agenda--the adjudication of some 20 cases: several maritime, banking, and airline disputes as well as disagreements relating to lease agreements and collective proceedings.

Dressed in a black robe, with his flowing white batiste cotton tie pleated as required, the presiding judge renders his verdict, flanked by his clerk and two businessmen in suits and ties sitting in the capacity of consular judges. In less than three hours of discussions, interspersed with deliberations, consultations, and arguments among the parties’ lawyers, several cases are decided, while others are adjourned to the next session, expected to open in two weeks.

This pace has shaped business activity in Benin over approximately the past two years, in the wake of the reform of the commercial justice system. “The revelation in the World Bank’s Doing Business report that it takes an average of more than two years to hear commercial cases was an eye-opener for judicial  administration,” explained William Kodjoh-Kpakpassou, presiding judge at the Cotonou Commercial Court. “The objective of the reform was, therefore, to reduce the time frame by devoting more energy and more resources to commercial matters.” 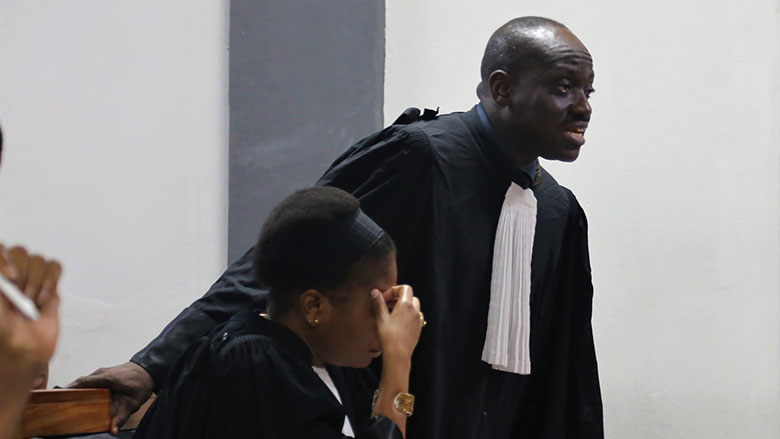 Financed by the World Bank to the tune of $25 million, the Competitiveness and Integrated Growth Opportunity Project (CIGOP) provided technical assistance to the Beninese government to help with the drafting of Law no. 2016-15 of July 28, 2016, which underpins the move to create exclusively commercial tribunals and courts of appeals. Funding through the project also financed the furnishing and rehabilitation of the tribunal’s headquarters as well as the training of judges specialized in the management of commercial disputes.

Positive results quickly followed: in 2018, this new jurisdiction handled 850 cases within an average time frame of 57 days. “A significant number of disputes are resolved in under 48 hours, even 24 hours. We have broken away from the old system and set up a conciliation chamber from which the public is excluded to address the specificity of commercial disputes,” said Kodjoh-Kpakpassou who estimates the volume managed by the Cotonou Commercial Tribunal at several hundreds of billions of CFA francs in two years.

This change did not go unnoticed among lawyers. “At the Cotonou Commercial Tribunal, you are sure to have a decision in the months following your complaint. This is important in order to promote commercial activity, which requires the ability to react quickly,” said Alexandrine Saïzonou-Bedié, an attorney. “Before, you could wait two or even three years to collect on a CFAF 5 million claim. In the meantime, your claim value would be depreciating and your capital would have been cut off, preventing you from continuing your business activity.” Her colleague, Luciano Hounkponou, states: “The new commercial tribunal is modernizing our country’s judicial landscape, which is now in line with international standards.”

One of the greatest sources of stress for Estelle Sidonie Akpaca is when clients do not pay off their debt. As the Director of Legal Affairs of the United Bank for Africa (UBA) in Cotonou, she was tired of spending years battling a number of delinquent payers who were asking for account reviews and grace periods, or even invoking exceptions on the grounds of unconstitutionality to buy time. “Our cases would sometimes drag on for eight years in the Cotonou Court of First Instance, with referrals lasting five months and judgments trickling in.” Once the judgment was handed down, it would sometimes take two years before it was enforced. “With the Cotonou Commercial Tribunal, cases are dealt with promptly, and the presence of business-savvy consular judges is a major asset.” In two years, Estelle was able to clear some 20 claim collection cases for a cumulative total of over CFAF 350 million.

The next step: going paperless

To make further strides toward simplifying and speeding up proceedings, the commercial tribunal decided to chart new ground by developing its services online. Roland Riboux is the head of the Council of Private Investors in Benin. Along with other private sector professionals, he has been waiting for this change for many years. “It is good news for economic operators, and the online publication of tribunal decisions is a huge step forward.”  He welcomes in particular the order of December 3, 2019 requiring that judges and court clerks sign judgments and other rulings as soon as they are pronounced.

It is no longer necessary to travel to a physical location for information about the progress of proceedings under way. The case lists, decisions, and documents are now published on the commercial tribunal’s website. “Online publishing of decisions affords lawyers easy reference to the tribunal’s case law and informs us of its position on a given legal issue,” explained Alexandrine Saïzonou-Bédié.

The development of the electronic document management system--from the registration to the publication of judgments--should facilitate the implementation of a fully paperless approach to the jurisdiction’s activities pending the opening of a Commercial Court to manage cases under appeal. 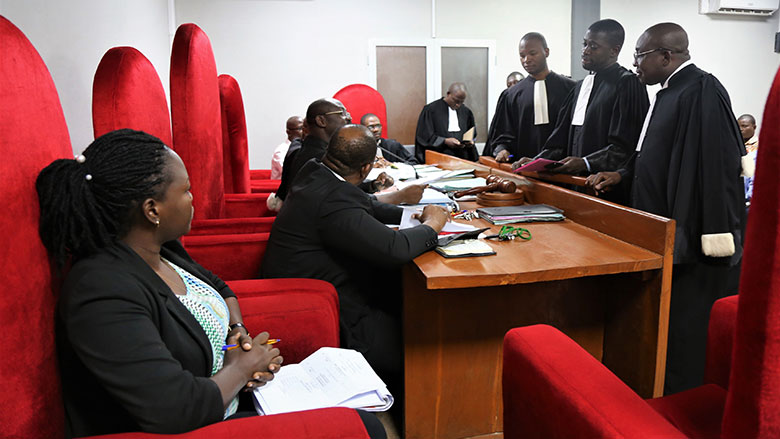 Discussion between the presiding judge at the Cotonou Commercial court and the defense attorneys. Photo: Gnona Afangbedji, World Bank