Standing by Yemeni People During Conflict 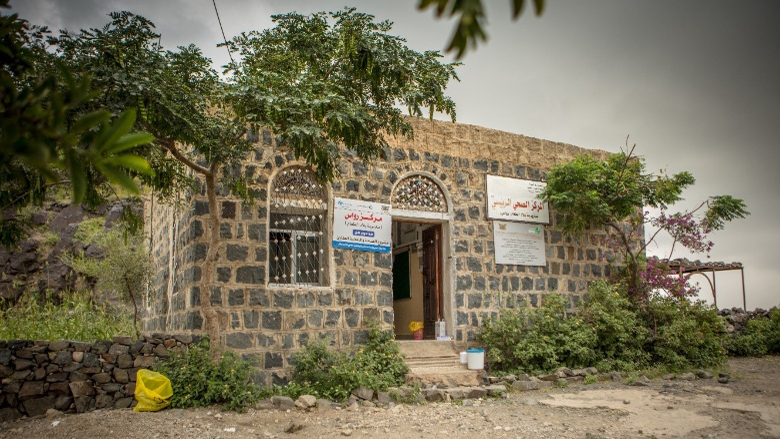 As conflict in Yemen enters a sixth year, so does one of the world’s worst humanitarian crises. Almost half of Yemen’s health facilities are not functioning, brought to a halt by a mixture of too few health workers, limited medical supplies, physical damage to health infrastructure, and ongoing insecurity.

Damage to water and sanitation systems has made access to clean, safe drinking water difficult, contributing to outbreaks of cholera that, since 2017, have affected several million people. Along with the presence of other preventable diseases and an overall situation of unmet health needs, the cholera outbreaks have highlighted Yemen’s continued need for critical, life-saving humanitarian aid.

Funding from the World Bank’s International Development Association (IDA) is channeled through the UN’s Children’s Fund and the World Health Organization into the Emergency Health and Nutrition Project (ENHP), that works with local institutions to support about 1,970 primary health care facilities and 72 hospitals across Yemen.

The idea is to sustain these health facilities throughout the conflict in order to prevent the complete collapse of the existing health system in Yemen. 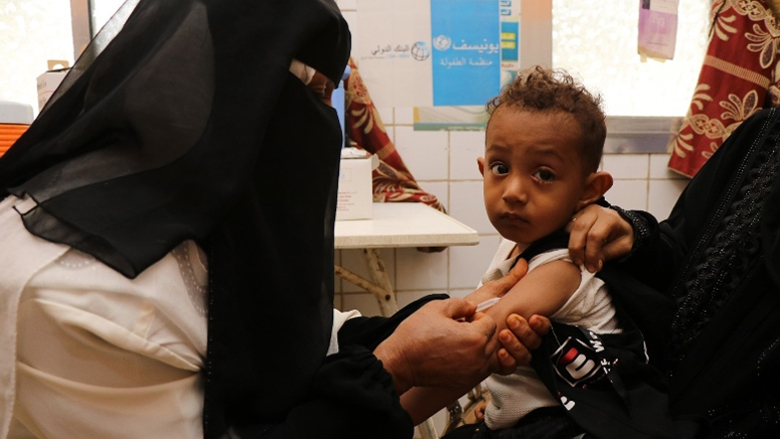 Mohammed Mushtaq, 3 years old, being vaccinated against measles in the Maternal and Child Health Centre in Abyan Governorate, Yemen.

Aldhaber health center in Amran governorate, northwest of the Yemeni capital of Sana’a, is one of the centers being supported to provide quality healthcare services. “The center had been completely closed since the war started, as it lacked all the resources and basic necessities. The Emergency Health and Nutrition Project intervened just in time and revitalized it,” said Jamil Jamal, a manager there.

The EHNP was approved by the World Bank in January 2017 to reach approximately 12 million people. Over the past few years, it is calculated to have provided over 17 million people with health services, overshooting even its revised target of 16 million in 2019. An estimated 300,000 births have been attended by skilled health personnel as a result of the project’s support.

“We receive free health services in Rawas health center, where some of the medicines we need are available,” said Hamed Yahya, who attends another health center in Raymah governorate in western Yemen. But he said they still needed medications for chronic diseases. “The center needs to be expanded urgently.”

Before the program began, most Yemeni families had encountered huge challenges in accessing the healthcare they needed to survive. Many of Yemen’s health facilities had stopped operating and, to reach what health facilities stayed open, people had had to travel on rough roads.

Access to essential health services is gradually increasing now, with the number of primary health facilities offering more maternal, newborn, and child health services having risen by 16 percent since 2017.

Some serious pediatric conditions are being addressed as well. Over 50,000 children worldwide are born each year with a severe form of the blood disorder, thalassemia, an inherited condition that leaves patients fatigued from the lack of an oxygen-carrying protein in their red blood cells. An estimated 80% of cases of this occur in developing countries.

In Yemen, about 700 new cases of thalassemia are diagnosed yearly, with about 50,000 cases on record in all so far, according to an association for the disorder.

Treatment for an inherited disorder

In a country ravaged by war, the optimum treatment of thalassemia is a rare, but much-needed, miracle. Thalassemia patients in Yemen have been provided with lifesaving support through the ENHP funded by the World Bank.

Anas, a bright, 9-year-old boy in third grade at school, is living with thalassemia. He receives a blood bag every three weeks and because of this, he is healthier and able to live life with a smile on his face.

The EHNP has been pivotal in the creation of 40 nutrition surveillance system sites. These critical sites help health workers across the country find malnourished children and refer them to facilities where they can get the services needed for their survival.

In 2017, nearly 400,000 children in Yemen were estimated to be suffering from severe acute malnutrition. In 2019, that number had gone down to 360,000, thanks in part to donor support, which is needed still to prevent more childhood malnutrition.

Ebrahim is two years old. Two months earlier, he was frail from severe acute malnutrition with medical complications. Ebrahim’s condition was identified by a community volunteer, who referred his mother to a therapeutic feeding center supported by EHNP.

“We wouldn’t have been able to provide my son with life-saving treatment if it wasn’t for the health worker who told us about the seriousness of his situation and referred us to this center, where we received good care for him. I am thankful to see my son recovered and regain his health. His life has been saved,” said Om Ebrahim.

Early this month the Bank also rapidly approved emergency funding to mitigate the risks of a potential outbreak of COVID-19 in Yemen. A US$26.9 million grant from the International Development Association (IDA) will finance a new emergency project designed to strengthen Yemen’s fragile systems for public health preparedness, including the detection, containment, diagnosis, and treatment of COVID-19.