International Women’s Day He for She Survey 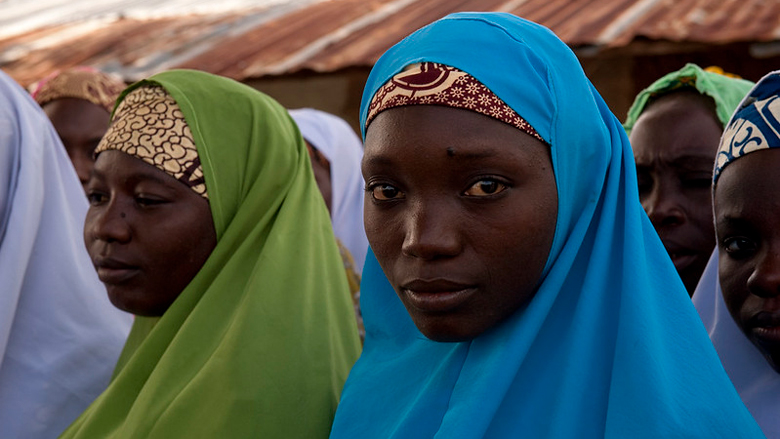 The first female speaker of Malawi, Catherine Gotani Hara, who was recently elected by her parliament, is an excellent example:

“(In Malawi) we only have 45 women in parliament out of 193. For me to win at the National Assembly as Speaker of Parliament, the best champions for my campaign were men. There is a need for us to get the men involved to help us get the agenda that we want.”

In honor of International Women’s Day in this important year, the World Bank Global Parliamentary Engagement team conducted a He for She survey, asking two prominent young male parliamentary champions of gender equality about the importance of women in parliament and how parliaments can take action to better educate and empower both girls and boys to overcome discriminatory gender norms. 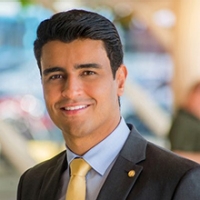 João Caldas MP and Member of the Education Committee and Science and Technology Committee, Brazil. Most voted candidate for Congress in his state in the 2014 elections.

Bertha Lutz, a Brazilian politician and activist who struggled for the female vote said, "To refuse equal rights to women by virtue of sex is to deny justice to half the population.”

Diversity is necessary in parliament so that the debate remains equitable, reflecting peoples’ different realities and experiences to contribute to more effective public policies and laws. In addition to diversity, social inclusion, and equity, we would be moving towards an effective, participatory democracy and, therefore, more ethical policies.

What I see as a man and as a parliamentarian is that we need to break down cultural barriers that lead to the systematic exclusion of women. The future is not made alone. Now more than ever, there is a need for dialogue so that everyone’s rights are guaranteed. As one famous politician rightly pointed out, “In politics, if you want to anything said, ask a man. If you want anything done, ask a woman.” In addition to laws that guarantee rights and protection for women, such as in situations of domestic violence, more severe punishment of feminicide, virtual crimes of extortion, and medical programs in Brazil, society has demanded a governmental shift towards gender equality and female representation, not only in politics, but in all fields. 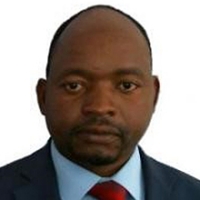 Cornelius Mweetwa MP and Member of the Public Accounts Committee, Zambia. Chairman of the Parliamentary Men’s Caucus on Gender Equality.

“(With more women in parliament) matters of concern related to women and girls are increasingly brought up in Parliament to inform government policy. Further, there is increased promulgation of legislation aimed at bettering the welfare of women, especially in the area of ending child marriages and also Gender-Based Violence.

The problem of discrimination based on gender norms must be acknowledged not just as a problem for women, but as a societal and national problem for both women and men as well as boys and girls. Many national constitutions, such as Zambia's, do outlaw discrimination based on any norms. Disadvantaging girls or women disadvantages societies because women are the frontline teachers of life lessons to children. Parliamentarians need to engage communities at the grassroots-level, working hand-in-hand with traditional and religious leaders to inculcate the ideas of equality before the law, i.e. equal enjoyment of human rights and equality, in order to dismantle the waning perceptions arising from customary views.”

The world has made significant progress in accomplishing gender equality in political leadership and decision-making. According to the IPU report Women in Parliament: 1995-2020 – 25 years in review, the percentage of female MPs has more than doubled since the Beijing Declaration and Platform for Action was signed in 1995. In terms of leadership, the number of female Speakers of Parliament also nearly doubled, and just last year in particular was one to remember in Sub-Saharan Africa, where the number of women at the head of parliament jumped to a record 16 speakers. At the start of 2020, Africa and Europe were tied at number one with 30% each of all female Speakers of Parliament worldwide. Despite these pockets of progress, globally only 20.5% of Speakers of Parliament, and 24.9% of parliamentarians overall are women1.

Gender equality in parliaments is essential first and foremost for democracy, so that elected legislative bodies accurately reflect the perspectives and priorities of both halves of society. Beyond equal representation, women in leadership positions have been shown to contribute to policies, reforms, and budgets that mainstream gender, prioritize human capital and improve infrastructure2. Furthermore, they can shape the way government operates by increasing collaboration and decreasing corruption3,4.

Women’s increased representation at every level of decision-making in leadership and politics is important for building inclusive, flourishing societies. The World Bank thus makes gender equality a priority. We engage regularly with female Members of Parliament, emphasizing a gender balance in participation of parliamentary activities and events. We also partner with Women Political Leaders (WPL), a global network of female politicians aiming to increase women’s representation and influence in politics to empower women leaders. They too are promoting a “Calling All Men” campaign, encouraging men to recognize their roles and responsibilities in standing up for gender equality.

As Michele Bachelet, former President of Chile said “For me, a better democracy is a democracy where women do not only have the right to vote and to elect, but to be elected.”