How legal reforms in Jordan can combat sexual harassment 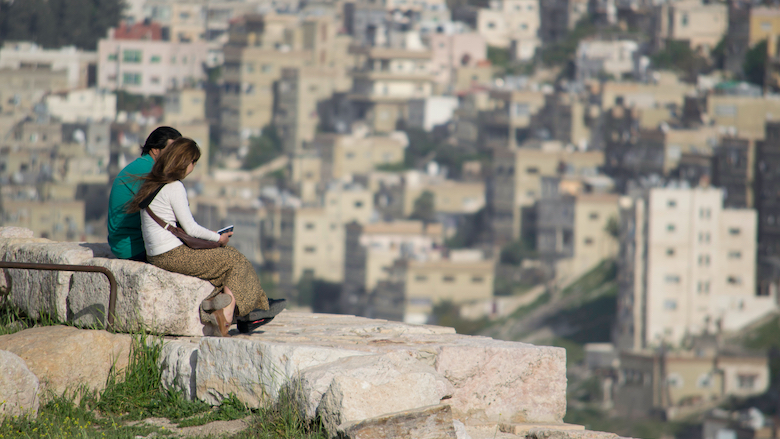 To date, laws against sexual harassment in Jordan are inadequate, contributing to a widespread sense of an unsafe or even hostile work environment. Despite living in a relatively conservative society, a 2017 study by the Jordanian National Commission for Women found that more than 3 out of every 4 women in Jordan experienced one or more forms of sexual harassment. This includes verbal, visual and physical harassment that sends inappropriate messages and leaves those who experience it with a sense of weakness and discrimination. When it comes to women’s access to work, especially in the private sector, concerns about harassment are also prevalent, as cited by a 2018 World Bank report on social norms in Jordan , with more than 40% of women and men believing that women risk exposing themselves to harassment either on the way to or at work.

Studies have shown that exposure, or fear of exposure, to sexual harassment is among the key barriers contributing to low rates of economic activity among women in Jordan – the lowest in the region at 14% – alongside other major challenges facing women such as inadequate child care services, long work hours especially in the private sector, and lack of reliable and affordable transportation. In fact, almost all (95%) women and men are in favor of women working in Jordan and two-thirds of non-working Jordanian women want to work – if the conditions for working are right: an enabling environment which includes affordable, accessible and quality child care, flexibility with working hours, policies that protect against sexual harassment in the private sector work-place, among other incentives.

Yet in Jordan today, only a handful of companies have introduced explicit sexual harassment policies at work. One such company, Umniah Telcom introduced such a policy in 2012. Since then, it has trained new hires (male and female) during their induction on the specifics of the policy coupled with potential real-life scenarios and what to do.

"Harassment will happen, no matter the amount of goodwill you start out with and the quality of recruits you aspire to attract," says Mr. Sami Jarrar, Vice President of Human Resources at Umniah. "The only way to prevent it is through acting proactively by having a zero-tolerance policy that is well communicated to everyone, at all levels of the organization, in very clear language and certain terms."

Umniah is an exception. Generally, limited adoption of harassment policies in the workplace fails to protect women who do experience it either by colleagues, managers or even customers. Reporters of such cases often leave the workplace with their case silenced or unresolved. The perpetrators are left unpunished and nothing really changes. Acceptability of harassment has roots in traditional gender norms and stereotypes. This is not exclusive to Jordan, but also across the region and worldwide, where the offenders, typically men, are not sought after and women are instead asked to "be mindful of" or "limit" their exposure to harassment through modesty or avoiding environments that may lead to it (for example, mixed work environments). Furthermore, for women who are found to be victims of harassment, they may become revictimized and be blamed for inviting such action.

Psychologist and gender expert Dr. Lina Jezrawi says, "The productivity of working women in the workplace is decreased when they are harassed, waiting for their first chance to withdraw from the labor market. Lower productivity is a cost for the firm and society, and then the risk that the woman leaves her job which has major implications on the woman’s livelihood. Hence, it is a lose-lose situation for both the woman who leaves and the company."

With support from the World Bank, the Ministry of Labor has recently issued a new requirement for companies to include sexual harassment policies as part of their internal bylaws. In addition, the World Bank is supporting the rollout of a Code of Conduct with the Ministry of Transport in Jordan, including terms for the prevention of and response to sexual harassment incidents. Signatories of the code of conduct include drivers, service operators, public police department and other relevant stakeholders. If implemented correctly, these two recent developments are expected to ease harassment barriers against women’s economic participation.

The focus on addressing harassment in the workplace is part of Jordan’s commitment to improve labor force participation to 24% by 2025. With support from the Mashreq Gender Facility, the Government of Jordan will put additional efforts to address workplace safety for women through collaborations with both public and private sector by identifying and implementing needed legislative amendments with regards to sexual harassment policies and regulations. Changing mindsets and promoting positive behavior are also important aspects that will go hand in hand with legislative reform to create wider adoption amongst citizens, employers and employees.

"Today, we stand together not only to combat sexual harassment as a phenomenon, but to stand for women’s rights as part of human rights," says Dr. Salma Nims, Secretary General of the Jordanian National Commission for Women. "We stand up to violence, because it brings women out of the public sphere and returns them to the private sphere, and this is what we don't want to happen."