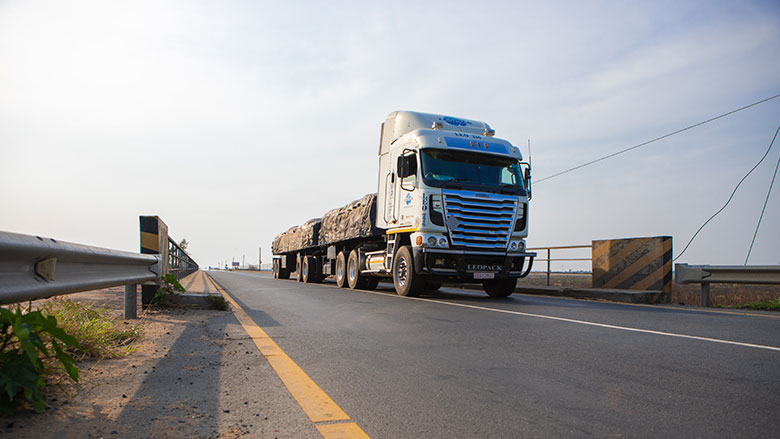 This section of National Road 6 in Sofala is one of several restorations of bridges and roads destroyed by cyclones this year.

MAPUTO, December 13, 2019 – To Samuel Ernesto, the vast sedimentary plain of Mozambique’s Nhamatanda district is like the face of an old friend.

Ernesto, 49, knows the plain well after 22 years of driving a long-haul truck linking the port of Beira in Mozambique’s Sofala Province to Lilongwe, in neighboring Malawi. Before Cyclone Idai tore through six provinces of Mozambique in mid-March of 2019, Ernesto’s trip took seven to eight hours. After Idai destroyed National Road Number 6 in three places, the journey required 12 days. And after the long journey, Ernesto said his truck would arrive the destination completely damaged, with goods that were no longer of export quality.

Now, thanks to a World Bank-financed road-and-bridge restoration grant, Ernesto is back to his pre-cyclone timetable. On a recent day, he smiled as he zipped across an 11-kilometer stretch of the road in 15 minutes. Before the restoration, it took two hours.

EN-6 is one of Mozambique’s busiest highways, so its sidelining hurt the country’s economy. But it also sapped the economies of the countries it connects to – Malawi, Zambia and Zimbabwe.

Weather catastrophes like cyclones, floods and drought are common in Mozambique. But Cyclone Idai and its twin, Cyclone Kenneth, which struck six weeks later, were the most devastating cyclones in the country’s recent history. Cyclone Idai killed more than 1,000 people, caused unprecedented destruction, and disrupted the lives of three million residents of Mozambique, Malawi and Zimbabwe. Cyclone Kenneth’s landfall in late April marked the first time that two major cyclones had hit Mozambique in the same season. 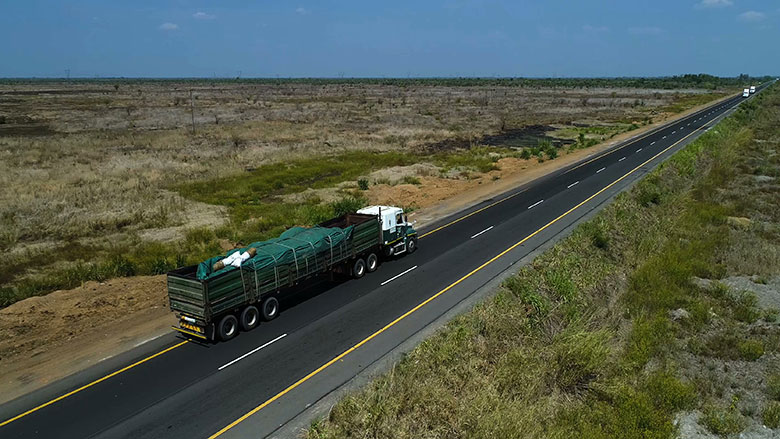 “The World Bank responded swiftly to this unprecedented calamity by providing Mozambique with $500 million in financing,” noted Mark Lundell, World Bank Country Director for Mozambique, Madagascar, Mauritius, Seychelles, and Comoros. “I’m very pleased to see that these funds are already resulting in several tangible results on the ground.”

The road and bridge restoration has re-established links between agricultural product growers and consumers. It has also restored communities’ access to education and health services. And it has restored lost trade between Mozambique and its neighbors, bringing foreign currency to the country.

“All were constructed from scratch, along with an eight-kilometer protective dike and brand-new, all-weather asphalt spanning 12 kilometers,” said ANE’s Agostinho Raiva. “With this intervention we have significantly reduced the isolation of Beira City and some surrounding districts.”

In addition to sparking the economy, the government hired nearly 1,800 workers for the restoration – a quarter of them women. Most were from the areas where the work took place.

Some projects breathed life back into entire communities. An example was the restoration of a bridge over the Revúbué River in Tete Province. Its loss had forced people to travel 55 kilometers out of their way to get from one side of the river to the other.

The new bridge opened the door to the return of “the commercialization of our agricultural products with the provincial capital, the City of Tete,” said Rosa Chirenga, a vegetable vendor in Moatize.

Similarly, the rehabilitation of a bridge and road in northern Cabo Delgado Province’s Macomia District restored residents’ access to the important fishing region of Mocimboa-da-praia, which Cyclone Kenneth had cut off for months.