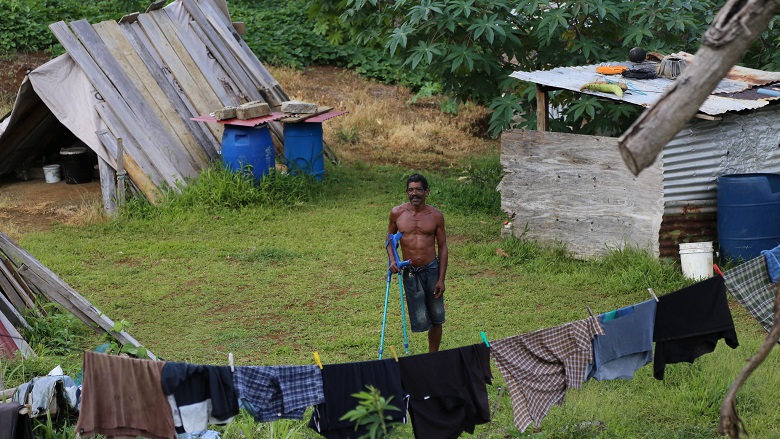 A man standing in front of his home in Dominica. Persons with disability need to be included in disaster risk preparedness. @Emily Bartels-Bland/World Bank

Latin America and the Caribbean is making some progress in the inclusion of persons with disabilities, but as one of the regions most prone to disasters, are they included in disaster-risk management? 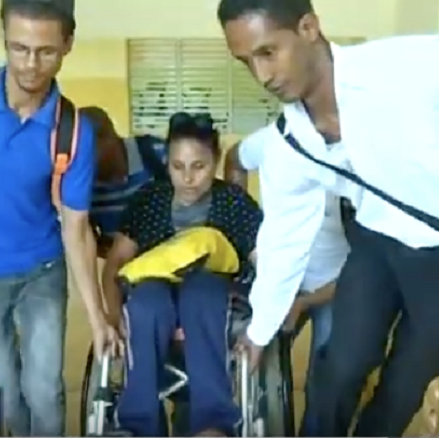 Madelyne Castillo is studying psychology at the public University of Santo Domingo in the Dominican Republic. Because she uses a wheelchair and there are no elevators or ramps available, she has to ask several of her classmates to carry her up three flights of stairs to get to her classes.

Her case is not unique. In Latin America and the Caribbean there are many systems that aren’t designed for persons with disabilities. If we add disasters to the mix, the situation becomes even more challenging.

Disasters caused by natural hazards are happening more frequently and becoming more severe every year. Early warning systems and preparedness plans can help - but what happens if they are just based on sound or images, and not accessible to people with hearing or vision disabilities? And during the disaster, what happens if the shelters are not accessible by wheelchair and don’t allow service animals? After a disaster, are persons with disabilities being consulted to make sure newly reconstructed infrastructure is accessible?

With approximately 85 million people living with a disability in Latin America and the Caribbean, these are the kind of questions that need to be asked and answered.

Disability in Latin America and the Caribbean

15% of the world’s population experiences some form of disability. According to the United Nations, the term persons with disabilities is inclusive of long-term physical, mental, intellectual or sensory impairments which, in interaction with various attitudinal and environmental barriers, hinders full and effective participation in society on an equal basis with others. “This framing is important,'' says Charlotte McClain-Nhlapo, Global Disability Adviser at the World Bank Group. “This definition focuses on the interaction of the individual with their environment, and we can change the environment to be more accessible and more inclusive.”

“There is political will in the Dominican Republic to have more persons with disabilities employed,” says Gisela Eusebio, President of the non-profit Fundacion Gissell Eusebio Life Transformer (inlcude link), “but the barriers to classes and education make it very hard for us to meet the demands of the market and requirements of a job. As persons with disabilities, we have a lot of difficulties with infrastructure we can’t access.  For example, there are only about 5 buses that have ramps for wheelchairs in Santo Domingo. For us to access any of the other buses, we have to be carried onto the bus by two or three bystanders. A person with a disability has to have internal strength because having to ask for help like that affects a person's dignity. I want people to understand that they are worth it, and they can do it.”

“There have been strong commitments by governments in the region. Governments are taking this action seriously, and disabled people's groups are well organized and engaged with their governments, for example in Brazil, Argentina, and Ecuador. So there is a strong leadership from the region around disability inclusion,” says Charlotte McClain-Nhlapo. 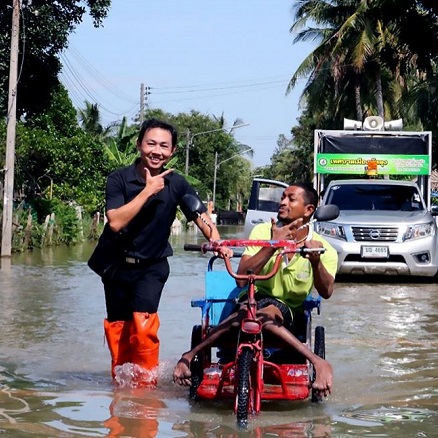 Persons with disabilities are disproportionately affected by the immediate and long-term effects of disasters. Disability-based discrimination can be exacerbated in emergencies.

“Many people with disabilities live in situations of poverty, which makes them more vulnerable to disasters,” says Gisela Eusebio.

Disaster preparedness plans need to ensure that the discussions and materials are accessible to people with hearing or vision disabilities, as well as to people with cognitive disabilities. Early warning systems should not solely rely on audio and video, or televised messages without including sign language interpretation, captions for the hard of hearing, or audio descriptions for persons with low vision or blindness. On top of this, during a disaster persons with disabilities are often separated from their assistive devices, unable to access important medicines, or require power to charge assistive devices. Policies that prohibit evacuation or housing of animals in shelters may discourage those who rely on support animals from choosing to evacuate to stay with their animals. When a disaster occurs, persons with disabilities need to be included in damage and needs assessments to ensure access to assistive devices, rehabilitation services, accessible shelter and housing, and life sustaining supplies such as food and water. In the reconstruction stage, persons with disabilities should be consulted in assessments to identify which infrastructure and accessibility challenges are critical for the disability community.

Haiti provides a positive example for building back better with disability inclusion in mind: following the 2010 earthquake, the country worked to establish standards for making all reconstruction accessible. A new law was put into place in 2017 to ensure that persons with disabilities have better capacity to cope with disasters, escape routes from public buildings, or access to shelters in time of disasters.

One important aspect of inclusion is access to employment and training. In Jamaica, resources and opportunities for poor persons with disabilities have been scarce, making it challenging for many adults to be active members of society. A recently concluded World Bank project gave skills training to poor persons with disabilities and improved the readiness of poor children with disabilities to enter primary school. The project exceeded its target, and most beneficiaries completed the training, and received employment after. Ongoing urban transportation projects were designed with universal accessibility features, such as the metros in Quito, Bogota, Sao Paulo, and Lima. The government of Uruguay has embarked upon an ambitious plan to provide sustainable tourism services, with an emphasis on tourism that is accessible for all, efforts that the World Bank Group supported with a diagnostic study. And in 2018, the World Bank Group launched its 10 commitments on disability-inclusive development as part of the 2030 Agenda for Sustainable Development.

“Overall Latin America and the Caribbean has a positive policy environment, but there’s a disconnect with the implementation,” explains Charlotte McClain-Nhlapo.“It remains a challenge, not because of the lack of political will, but often because of the lack of data, evidence-based policies, and human capacity to implement. Systems are often not designed with persons with disabilities in mind, for example schools. However, we are increasingly seeing good practices. In Bogota, Colombia, there is  a move in the the right direction with accessible transport, in Mexico City, we see the training bus drivers to be inclusive, and the metro in Lima, Peru, has seen incremental advancements around accessibility In Chile, we are seeing some interesting progress in addressing disability inclusion in tertiary education.”

If you are interested to learn more, keep your eyes open: next year, the World Bank Group will publish a flagship report about disability inclusion in Latin America and the Caribbean.