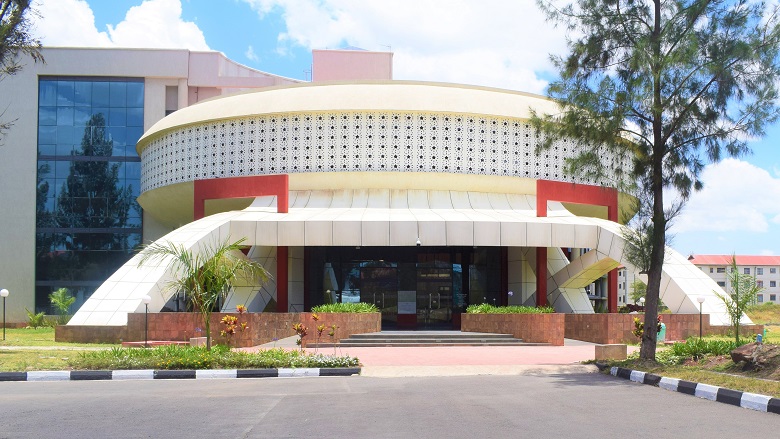 Aviation students from all over Africa now have access to state of the art facilities including a new library and aviation equipment. The upgrades to the East Africa School of Aviation in Kenya was financed by the World Bank’s International Development Association (IDA).

In 2015, the East African Schools of Aviation (EASA) was a tattered, neglected, struggling institution. Today, the school has transformed into a glitzy, high-flying (pun intended) centre of excellence in aviation training, not just for Kenya but for Africa and the Indian Ocean region and among 21 such institutions in the world. EASA has campuses in Embakasi and Wilson Airport in Nairobi and attracts trainees from East, West, Central and Southern Africa.

Ben Oketch is a former student of EASA set to graduate in December 2019 with a Diploma in Aeronautical Engineering specializing in avionics. His experience at EASA since 2015 is already touching lives across Africa. Oketch is currently completing his internship at DAC Aviation Ltd, an aircraft leasing company located at Nairobi’s Wilson Airport where he repairs aircraft engines and batteries. The airplanes he services include a fleet that transports United Nations workers and much needed humanitarian aid assistance to Somalia and the Democratic Republic of Congo.

“When I joined EASA in 2015, the school had a small crowded library with insufficient books, computers and aircraft parts all which I needed to horn my engineering skills,” says Oketch. He notes that the construction of new library added much needed space, new and up-to-date books, computers all which has enabled the growing student population to conduct detailed research. Oketch observed that “in 2015, teaching was theoretical, yet engineering is a practical course where you need to learn using the aircraft parts and repair equipment. Today, my hands-on experience at EASA has enabled me to have the requisite skills to provide first class airplane repairs and services. I am proud to facilitate safe and faster flights for businesses and those working to save lives across Africa.”

The Director of Air Transport in Kenya’s Ministry of Transport, Nicholas Bodo, is equally proud of the school’s achievements in the last 15 years. He attributes this turnaround to World Bank support in both equipping the school and in capacitating its personnel. The actions were made possible by a US$8 million credit from the World Bank’s International Development Assistance (IDA), which allowed the school to equip its workshops, train trainers, construct and furnish a technical library. The World Bank has financed the construction of a new library which is currently in use through the National Urban Transport Improvement Project (NUTRIP).

EASA Director Dr. George Mugambi says the school has become the Training Directorate of the Kenya Civil Aviation Authority (KCAA), with a mandate to provide instruction to the aviation industry. The KCAA regulates the aviation industry in Kenya and provides Air Navigation Services within Kenya’s flight information region.

After the collapse of the East African Community in 1977, the school was designated as a department within the Ministry of Transport in Kenya and was moved to Embakasi from Wilson Airport in 1985. It was during this period that it deteriorated, says Dr. Mugambi.

The turnaround began in 2002 when the school was placed under KCAA as one of its directorates. The KCAA developed a Strategic Plan in 2005 and focused on making EASA a centre of excellence in aviation training.

According to Mr. Bodo, this required massive rehabilitation and modernization. By 2008, the World Bank had provided funds to the Ministry of Transport for Infrastructure Development and EASA was a beneficiary. “Everything needed upgrading, including the buildings, internal roads and rehabilitation and modernization of the equipment, workshops and library,” said Bodo.

A second Strategic Plan was developed in 2010-2014. According to Dr. Mugambi, the World Bank’s support catapulted the school as a training centre through the establishment of the Curriculum Development Unit (CDU), which develops competency based Standardized Training Packages (STPs) and conducts instructional techniques programs for officers within the aviation industry and beyond.

Since the establishment of the CDU, EASA has received international recognition, most notably from the development of four ICAO Standardized Training Packages (STPs). These packages are now patented and are used globally in aviation training.

“The revamping of the EASA was long overdue given the existing skill gap in growing aviation industry in Kenya and the rest of Africa. The World Bank support has enabled the transformation of EASA into a center of excellence and is among 21 such institutions in the world”, states the Task Team Leader, Josphat Sasia.

EASA is also recognised as one of the best equipped Civil Aviation training Centres in Africa. It obtained an ISO 9001:2008 certification in recognition of its efforts to implement and maintain a quality management system. The school is also listed as an ICAO Regional Training Centre of Excellence (RTCE) that allows it to develop and offer ICAO training courses using ICAO provisions. It is the 9th institution in the world to attain this status.

Mak’Omondi adds that World Bank support to EASA has enabled the school train 54 air traffic controllers at a time compared to a maximum of six in 2006; enabled comprehensive digital testing and operations as opposed to analogue operations by 2008; enabled accommodation of 100 more trainees in the current library with up-to-date resource materials, as opposed to only 15 trainees in 2012; enabled the building of an ultra-modern library that can accommodate 500 people and the purchase of over 4,000 books.

Improvements in facilities at the EASA and Jomo Kenyatta International Airport as well as the smaller airports are expected to boost the aviation sector’s contribution to Kenya’s GDP beyond the current 5.1% share, affirmed Mr. Bodo.

According to him, “Nairobi has become a better transit hub with highly skilled aviation professionals, thanks to World Bank support in capacity building and continued technical assistance.” He notes that the achievement of Category 1 Status for JKIA would not have been achieved without World Bank aid.

EASA courses are competency-based, which ensures that its graduates have the requisite knowledge, skills and attitude for the rapidly growing aviation industry.