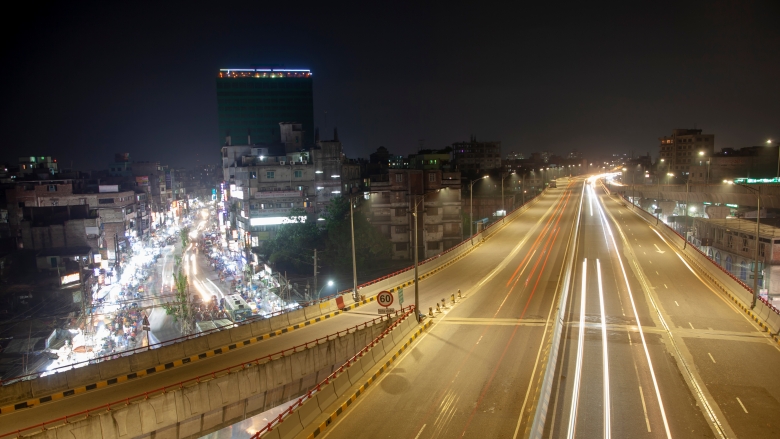 In the past decade, national energy demand has increased on average 10 percent annually, and the demand for energy is projected to increase by more than two times by 2030.
Despite increased power generation capacity, Bangladesh faces significant outages during the peak demand hours, especially during the irrigation and summer seasons. Electricity generation per head remains amongst the lowest in the world.
Load shedding and power outage accounts for an output loss of nearly 3 percent of the GDP. About 65 percent of Bangladeshi firms invest in back-up generation, adding to substantial costs in doing business. This undermines the country’s competitiveness and strong growth potentials.
The energy sector is financially weak, and access to long term capital is severely constrained. Further, the increasing shortages of natural gas, the primary fuel for power generation, have added to the sector’s challenges. 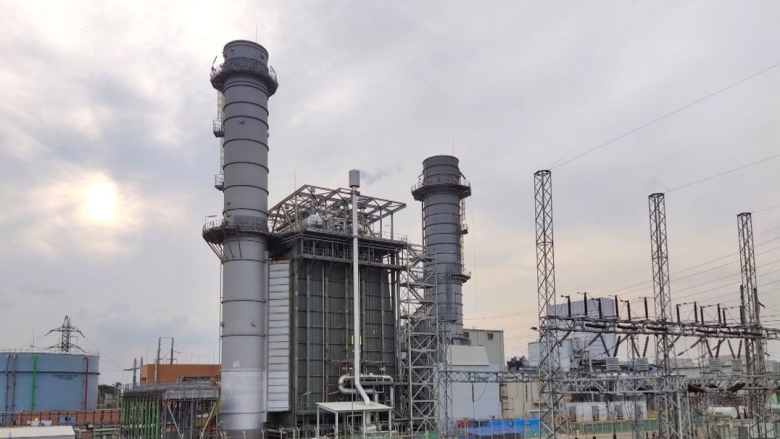 In the face of increasing energy demand and gas shortage, the government with help from the World Bank, decided to convert the planned Siddhirganj Peaking Power Plant — originally designed as a 300 MW peaking power plant (gas-fired) — to an energy-efficient, combined cycle technology. This upgraded technology allows to produce more energy per unit of gas input. The cleaner technology reduces emission while ensuring higher thermal efficiency.

The conversion to the combined cycle technology helped to produce affordable, clean and reliable electricity. The Electricity Generation Company of Bangladesh (EGCB) installed the 335 MW combined cycle power plant. The Power Grid Company of Bangladesh (PGCB) installed an 11 km 230 kV transmission line to transfer the power generated by the power plant. The Gas Transmission Company Limited (GTCL) installed a 60 km 30-inch gas pipeline to supply upstream gas to the Siddhirganj region. In addition to supporting the physical infrastructure of the plant, the project provides institutional development support to these three agencies.

Not only did the government and the World Bank find creative and flexible solutions to upgrade the technology, but a flexible approach also helped the local community. The project found ways to build a new school for the local children to replace an old and depleted school building that was too close to the power plant and would have been affected by noise pollution. To protect the children, the new school has a buffer zone of 300 meters from the power plant boundary. In addition, there will be a 10-meter wide tree plantation at the south border of the plant.

With this project, the World Bank’s ongoing support in the energy sector in Bangladesh totals about $2.4 billion, covering generation, transmission, and distribution, including renewable energy. The World Bank supported projects have so far added a total of 2603 MW to the sector, including 120 MW through off-grid/renewable option.

·   335 MW of electricity added to the national grid, accounting for 3% percent of the total electricity delivered to the national grid.
·   The Electricity Generation Company of Bangladesh (EGCB) installed the 335 MW combined cycle power plant at Siddhirganj. The Power Grid Company of Bangladesh (PGCB) installed an 11 km 230 kV transmission line as well as a 60 km 30-inch gas pipeline installed by GTCL.
·   Helped build stronger institutional capacity of EGCB, PGCB, and GTCL.
·   Built a new school to protect the children from noise emitting from the power plant.

The World Bank helps Bangladesh in promoting power sector policies and institutional capacity building of the power and gas utilities and BERC with the aim to improve its financial health, investment and service quality.