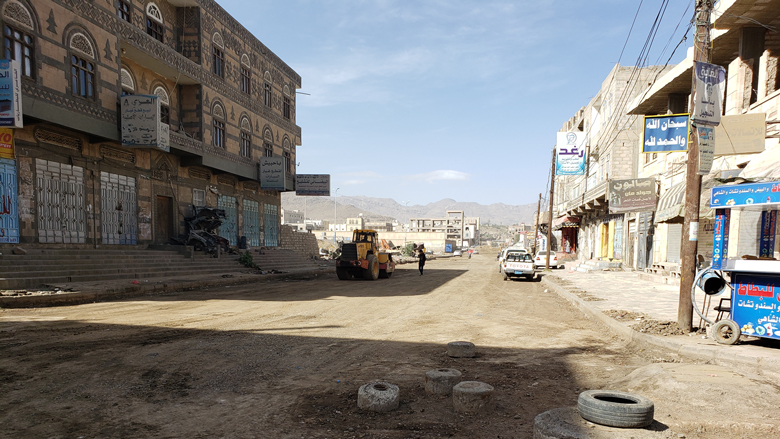 Before.. The project managed to complete the rehabilitation of 134 km of urban roads in three cities.

The International Development Association (IDA) has been working with local institutions to help Yemenis navigate their way through this difficult and volatile environment. Along with the United Nations, IDA supports a project to help restore access to critical urban services in cities where the most conflict-related damage has occurred.

Yemen has witnessed armed conflict for almost five years. This catastrophic situation has turned the lives of millions of Yemenis into a nightmare. The long, drawn-out conflict has torn local Yemeni communities apart and displaced tens of thousands of families. It has left the vital infrastructure and public services that Yemeni communities rely on, and find essential for their survival, either damaged or destroyed.

The conflict has been concentrated in or around Yemen’s main cities, so its impact on urban areas is catastrophic, with some 15 million people bearing the brunt of it. Local municipalities are not functioning fully, which means public services have all but ceased. The municipalities are no longer able to treat wastewater or collect solid waste or provide any other service. There is often no safe water to drink, no electricity to power homes and businesses, and no health services to vaccinate people or cure disease.

People’s resilience has been stretched beyond its limits, with no consistent source of income for most, food supplies overpriced, and job opportunities scarce. This is the case for those living in big cities; the situation for people in the rest of the country has to be left to the imagination. Already down at heel, Yemen’s private sector has not been insulated from all this: businesses have been greatly damaged both by the conflict and the absence of services, with the impact particularly pervasive among small and medium businesses. 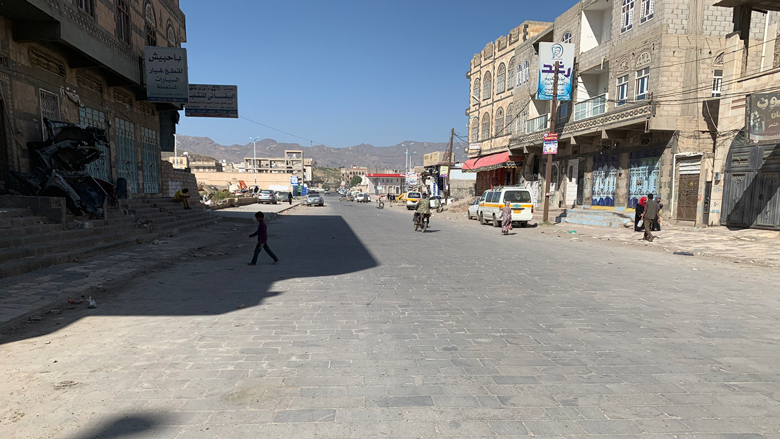 After.. The project managed to complete the rehabilitation of 134 km of urban roads in three cities.

The World Bank Group’s International Development Association (IDA) has been working with local institutions through the Yemen Integrated Urban Services Emergency Project and the United Nations Office for Project Services (UNOPS) to help people navigate their way through this difficult and volatile environment. Launched in November 2017, the project’s mandate is to help restore access to critical urban services in cities where the most conflict-related damage has occurred.

Project interventions have had a positive impact on people’s lives and livelihoods by improving municipal services, solid waste management, and urban water and sanitation systems; and also, by paving streets, maintaining urban roads, and providing the energy needed for key services like hospitals and schools.

In the waste management sector, more than 600,000 tons of accumulated solid waste (garbage) has been collected in Aden, Mukalla, and Sana'a, the Yemeni capital, and disposed of. The waste had been there for a long period, contributing to health problems, including cholera.

The project has been able to support the generation of 11,350 megawatts of power by using solar power, which has proven to be an efficient solution to the current development crisis in Yemen. Electricity has been restored to some hospitals, schools, and water utilities, and is also bringing back business, providing opportunities, creating jobs, and igniting hope. When one of Sanaa’s main commercial streets was fully lit up by solar power, jubilant to see this, people started coming out and celebrating. “You have no idea how I felt when I saw the street lit up, I remembered the old days,” said 30-year-old Abdulmaneem. “This gave me hope that someday war will end, and we will have electricity again.”

The project has created 635,546 working-days. These temporary jobs have helped many people from particularly vulnerable segments of the community, including internally displaced people (IDPs) and youth, to secure some income.

It has also managed to complete the rehabilitation of 134 km of urban roads in the three cities.

Despite significant constraints in terms of access and security, and a very volatile situation on the ground, the Yemen Integrated Urban Services Emergency Project is contributing to build a sense of safety and trust within communities affected by the conflict. It includes a participatory, gender-inclusive investment planning process, giving people a voice in selecting projects and helping ensure that funds can adjust to changing circumstances and go to the areas, both geographic and sectoral, most in need of support.

To date, the project has provided more than 1.2 million beneficiaries access to critical services of whom 48.9% are females, and aims to eventually support 1.4 million Yemenis, creating 1.5 million days of employment, 400 km of urban roads, and generating an estimated 60,000 MWh of energy as well.

The project teams continue to work to implement other sub-projects to restore services in urban areas.