A Healthier Tomorrow for All Egyptians 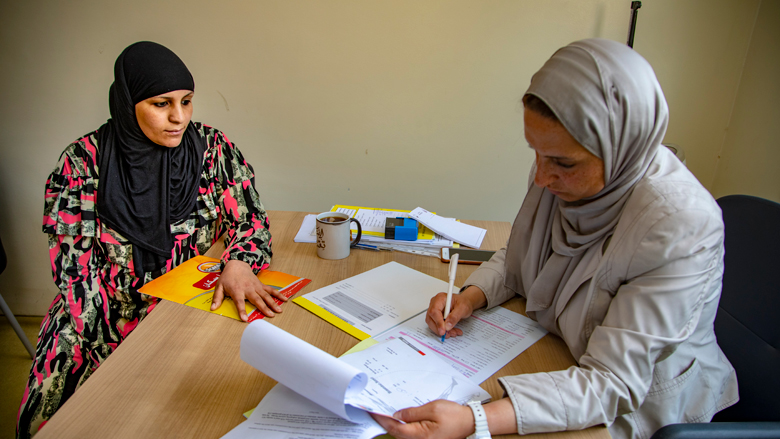 With Hepatitis C and NCDs being the top two threats to the health of Egyptians, the ‘’100 Million Healthy lives’’ nationwide screening campaign – the largest of its kind across the entire globe - was launched in 2018.

‘’ I didn’t know I was infected with Hepatitis C.’’ said Amal Zaki. ‘’ I had no health complaints, I only noticed that I slept more than usual.’’ Amal is amongst the millions of Egyptians who benefitted from the Meet Milyon Seha Hepatitis C. (HEP. C) and Non-Communicable Disease (NCD) screening campaign. The campaign name translates to ‘’100 Million Healthy Lives’’.

The young mother of two was diagnosed with Hep. C and as a campaign beneficiary she is receiving her medication free of charge from one of the designated hospitals. ‘’ Treatment is expensive, I would have not been able to afford it had it not been for this campaign.’’ added Amal.

Over the years Egypt has been facing growing health challenges. In 2015 the country had the highest global Hep. C prevalence rate, with 5% of the adult population being infected. The high rates had substantial economic impacts including a 1.5% annual drop in GDP. Hep. C patients were also five times more likely to fall into poverty.

In parallel, the country was also facing a mounting burden of NCD risk factors (high blood pressure, sugar levels and increased body weight) which accounted for an estimated 92% of all deaths and 67% of premature deaths. Not diagnosing the risk factors early on contributed to the high rate of NCD caused deaths.  Those challenges had immense negative impacts on the wellbeing of Egyptians and hindered their ability to lead healthy, productive lives.

To eliminate the growing risks, Egypt quickly proceeded with a set of initiatives dedicated to protecting the health of Egyptians and reorienting the country’s  health system toward delivering inclusive, equitable and higher quality healthcare. Those initiatives included launching universal health insurance, improving health care quality in public hospitals and the targeting of specific diseases as national priorities.

With Hepatitis C and NCDs being the top two threats to the health of Egyptians, the Meet Milyon Seha or ‘’100 Million Healthy lives’’ nationwide screening campaign – the largest of its kind across the entire globe - was launched in 2018. The campaign’s name clearly states its objective, securing better health for all Egyptians.

This nation-wide campaign offers Hep. C and NCD risk factors screening all over the country, including under developed and hard to reach locations. Citizens undergo the screenings either in the designated hospitals or in the campaign’s screening vehicles. NCD risk factors  screened are Body Mass Index, Diabetes and Blood Pressure. Beneficiaries diagnosed with Hep C. are referred to the campaign’s designated hospitals to receive their treatment free of cost. The campaign aims to screen 53 million citizens and residents. It also aims to treat 2.2 million Hep C. patients free of charge.

‘’It felt very bad and unfair to be diagnosed with Hep. C at this young age,’’ said 21-year-old Karim Saad. ‘’Years back my father was also diagnosed with Hep. C. He was aware of the symptoms so when he saw me being too sleepy he told me to do the screening. I never suspected I would have the virus because of my young age,’’ he added. Karim also reported that the screening and referral to treatment process was very easy and smooth. “I am now on my last dosage, which is more of a precautionary measure,’’ he said with relief. Karim also added that his treatment process was a lot more convenient and cost efficient than his father’s, who according to Karim spent more than 120,000 Egyptian pounds (almost US$7,000) on his treatment and was very worn out throughout the process.

The World Bank’s support to the campaign is a part of the US$530 million Transforming Egypt’s Healthcare System Project which was launched in 2018 to support ongoing efforts to improve Egypt’s healthcare system and build human capital as one of the key foundations for growth and prosperity.