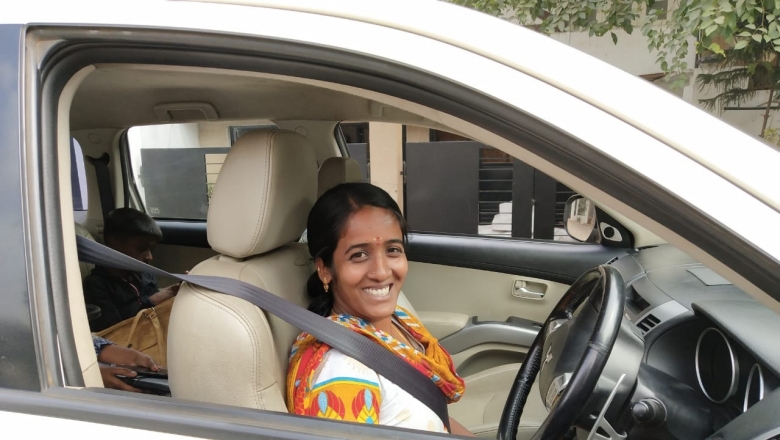 A taxi service that employs underprivileged women in a mostly male-dominated profession, is slowly driving change.

The story of Taxshe is not just about women’s safety; it’s a story about empowerment and entrepreneurship, and bringing women from the most underprivileged sections of society into the workforce.

Taxshe is an exclusive all-women driver-on-demand and cab service running in Bengaluru, India since 2015, which provides transportation services to school children and women workers.

Vandana Suri started Taxshe after the rape of a woman in a taxi made news headlines and made her sit up and take a decision about how she was going to contribute towards creating a safer environment for women and children.

She has not looked back since.

The service now has over a hundred women drivers driving more than 600 children to schools and coaching centers and as many women to offices and airports in Bengaluru and Delhi.

Suri was one of the two global winners of the “SDGs and Her” competition in 2019 for women micro-entrepreneurs whose business operations help support the SDGs. The online competition was launched by the World Bank Group in partnership with the UN Development Program, UN Women, and the Wharton School’s Zicklin Center for Business Ethics Research. The winners were selected from a pool of over 1,200 entries from all regions of the world through a rigorous three-stage judging process.

“Why should women always wait for somebody else to take the first step?” she said when speaking to us about her decision to leave her job as an investment banker and became an entrepreneur overnight, “I just decided to take the plunge; it takes that one minute to decide.”

Suri started with driving the taxis herself in order to set an example before recruiting women from weaker sections of society as drivers.

"Women find it harder to access credit and should be supported. Many of the women who drive for us are single mothers, widows—they feel they have now earned the respect of society. They are leaders, entrepreneurs and role models. They deserve to be supported." 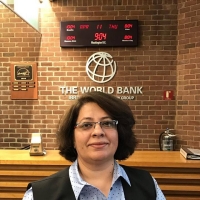 Taxshe recruits women living in slums; often their husbands too are taxi drivers and are concerned about their wives’ safety.

“No woman wanted to become a taxi driver. There was no safety in it. It was a male domain,” Vandana said of the challenges when she started out.

So in addition to women’s safety, the service then decided to include the aspect of child safety into the conversation as well. Women were approached with the proposal that as drivers they would be responsible for safely ferrying children to and from school, and that they would act as quasi-mothers, thus looking out for the child’s safety just as a mother would.

“This struck a chord with the women we approached to join us as drivers. Even their husbands couldn’t say no to this.”

Ensuring that the drivers were only ferrying women and children on fixed routes also answered concerns on the safety of the women drivers themselves. The women drivers are also trained in self-defense and taught about their legal rights.

Not just a job

“We made the women drivers realize that this was not just a job – they were taking a leadership role. Their respect had gone up because society wanted them now. That’s a game changer.”

Attrition was a big issue in the first two years for the company. Girls often left to get married, as well as family pressures pulled them back. Flexi timings and a model of part-ownership of the taxis by the women drivers themselves further helped in recruiting and retaining the women as drivers.

Through a 30-70 partnership model, women drivers could fully own a car in a few years.

“There were also perceptions about women not being good drivers,” Suri said, but she dealt with it with panache. “We did not want to be an alternate cab provider,” she explained. “I was an alternate mom taking your kids to school. And that’s when our acceptability became high. We weren’t competing with the men at all.”

Training the women was at first met with patriarchal stereotyping by male trainers who were not used to training women to drive for a living. Also, training schools usually gave 10-12 hours of training, which was not enough for these women who had never even sat in a car before.

“The women we train are from extremely underprivileged backgrounds, they have been maids and cooks; they don’t even have a primary school education. We’re bringing such women out to drive.”

Taxshe now has an in-house team of trainers, some of whom are also women, and training can go on for six months for a candidate.

Displaying how the service had become synonymous with safety and reliability in Bengaluru, Vandana related how they received a request one day to ferry poppadums in their taxi. “Although this was a strange request, we understood that the client was putting their faith in us to take good care of the delicate poppadums and that spoke a lot about the quality of our drivers.”

Talking about the future of her company, Vandana said, “Charity is not sustainable beyond a point. Women find it harder to access credit and should be supported. Many of the women who drive for us are single mothers, widows—they feel they have now earned the respect of society. They are leaders, entrepreneurs and role models. They deserve to be supported.”