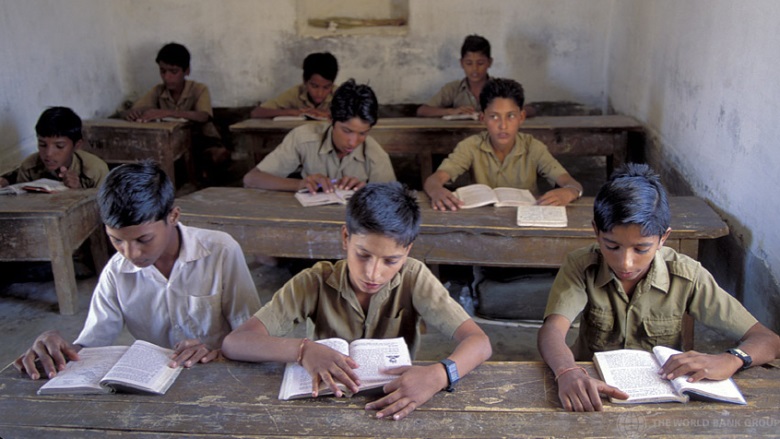 If a child is born on the bottom rung of the socioeconomic ladder, what are her chances of climbing higher than her parents? The answer is fundamental to understanding whether a society creates equality of opportunity for all.

In wealthy countries, data is readily available, which makes answering the question a relatively simple task. But in lower-income countries, researchers have been hamstrung by data limitations. Recently, a team of researchers from the World Bank, Dartmouth, and MIT pioneered a new method that works around these data limitations and applied the method to India—with striking results.

At a Policy Research Talk delivered earlier this year, Sam Asher, an economist at the World Bank and one of the co-authors of the new research, described the many challenges involved in measuring intergenerational mobility.* He delved into the new method he and his co-authors developed in response to these challenges, sharing insights into the evolution of Indian mobility.

“India has experienced an economic miracle in recent decades,” said Asher. “While this has made so many better off, it’s not clear that everyone has an equal shot at moving up the socioeconomic ladder. We needed a new approach to be able to answer this question.”

"India has experienced an economic miracle in recent decades. While this has made so many better off, it’s not clear that everyone has an equal shot at moving up the socioeconomic ladder. We needed a new approach to be able to answer this question."
Sam Asher
Economist 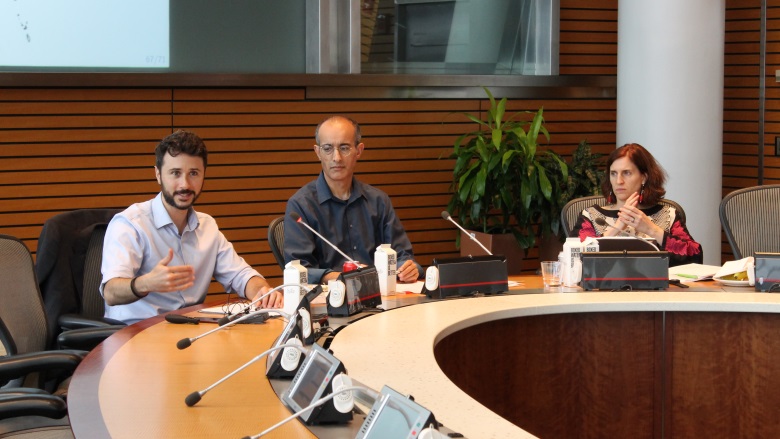 In wealthy countries where tax data are reliable, researchers can measure the incomes of parents and their children over the course of their lives. But this approach is not feasible in most developing countries: matched parent-child income data is rarely available and only a small and unrepresentative fraction of the population pays income taxes.

Instead, development researchers rely on the educational attainments of parents and their children as a proxy for socioeconomic status. Typically, researchers will rely on related measures of the correlation between parents’ and children’s educational attainment. The higher the correlation, the more predictive parental education is of children’s outcomes and the lower is economic mobility.

But this approach has several limitations. It includes both those at the bottom of the socioeconomic ladder and those at the top. It does not allow for comparisons between groups. And it is poorly equipped to distinguish between the many people who have an identical number of years of educational attainment. For example, among fathers born in India in the 1960s, more than half have fewer than two years of education.

This is the challenge that Asher and his co-authors set out to tackle. Building on a statistical approach first developed in 2002, they created a model that identifies the average educational rank of children compared to their parents at every rung on the socioeconomic ladder.

While the statistical techniques are sophisticated—and explained in detail in a recent paper—the model allowed Asher to ask a practical question: On average, how high are children able to climb the educational ladder when they’re born to parents in the bottom half? This question focuses attention on mobility where it’s most important—among those likely to face the greatest disadvantages.

Asher and his team members combined their statistical innovation with two major datasets—the India Human Development Survey and the 2012 Socioeconomic and Caste Census—to create an exquisitely detailed description of mobility in Indian society that allows for comparisons across multiple decades, groups, and places.

Asher was quick to acknowledge two significant limitations in the work. First, the currently available data only permit comparisons of mobility between fathers and sons in most cases. Second, data are only available through 2012, so they don’t reflect more recent changes in mobility.

Even with these caveats, the results turned out to be highly revealing. Despite India’s strong economic growth and increasing levels of educational attainment, upward mobility has remained stagnant. Sons born to fathers on the bottom half of the socioeconomic ladder managed to climb only to the 40th percentile of educational attainment on average, whether they were born in the 1950s, 1960s, 1970s, or 1980s.

However, that average hides significant changes in mobility between groups. Upward mobility has risen substantially for historically marginalized Scheduled Castes and Scheduled Tribes. Over the same time period (i.e. the generations born from the 1950s through the 1980s), mobility has fallen significantly for Muslims, who are the least upwardly mobile group in India.

In addition, Asher and his co-authors identified large differences in mobility between geographic locations. Upward mobility tends to be highest in the southernmost part of India—in particular, the states of Tamil Nadu and Kerala. Conversely, the state of Bihar and the northeast have some of the lowest mobility in the country.

The rural-urban divide is also important: urban residents have a better shot at climbing up the ladder than their rural counterparts. And within cities themselves, mobility can vary dramatically. In Delhi, for example, the highest mobility wards have 38 percent higher upward mobility than the lowest mobility wards.

While Asher’s research revealed remarkable patterns of intergenerational mobility in India, much work remains to be done to understand the mechanisms driving these results. Economic liberalization, affirmative action, the availability of public services, and barriers to rural-urban migration are all possible explanations.

“The next stage of our research is focused on understanding the spatial barriers that prevent people from taking advantage of greater opportunities in other places,” said Asher. “India has not had legal restrictions on internal movement, but we’ve documented huge differences in outcomes between regions, states, and even villages only a short distance from each other.”

* Sam Asher was an economist at the World Bank until August 2019 but has since become an assistant professor in the Department of International Economics at Johns Hopkins University.