The Basics of 21st-Century Infrastructure 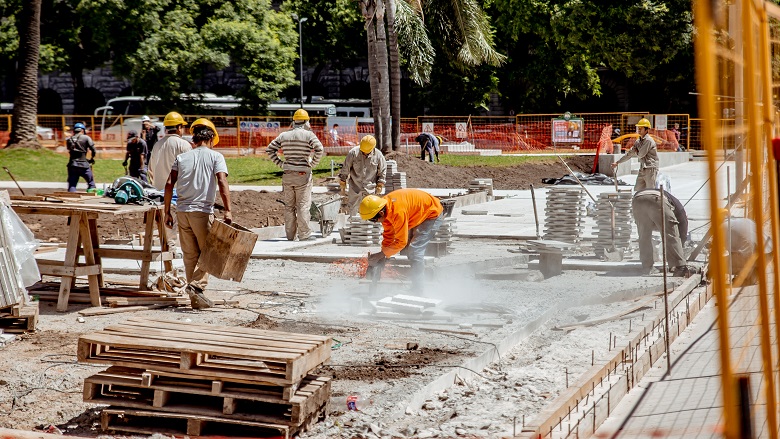 Three simple rules can help Latin American countries design the infrastructure they need while protecting the environment at the same time.

How can the countries of Latin America and the Caribbean build the infrastructure they need without harming the environment?

This is not a minor question for a region where 25 million people have no access to safe drinking water and 96 million lack basic sanitation services. This huge need for more infrastructure is in the same lands that are home to 34 percent of all flora species and 27 percent of all mammal species, making it a challenge to balance environmental care with what people need.

A new World Bank report recommends addressing three key areas to reconcile demands for environmental conservation and the need for infrastructure in countries:

Take advantage of every penny

“Spend more” has been the simple and recurrent response over the years to resolve the infrastructural challenges in Latin America and the Caribbean. The discussion has focused on how to attract more financial resources, particularly from the private sector, to achieve objectives. However, it is not enough to simply spend more.

The allocation of resources and the selection of goals and metrics are equally as important for resolving infrastructural gaps. According to World Bank studies, to address the region’s infrastructural, an average of 4.3 percent of annual GDP must be allocated between 2015 and 2030.

A detailed study of the relevant sectors (water and sanitation, electricity, transport, irrigation, and flood protection) reveals that in terms of cost, two noteworthy facts stand out: coverage goals and the quality and efficiency of public spending.

To improve efficiency in the use of resources, better complementary mechanisms are needed for procurement, planning, and implementation. Countries should also take advantage of new technologies such as those that make it possible to decentralize services. These smart policies can cut economic costs in half, according to the report.

Besides the economic limitations, there is another constraint to decision making in infrastructure. In 2015, the region’s countries adopted the Paris Accord. They agreed to work to limit the increase in global temperatures to less than 2 degrees centigrade. As a result, they must pursue solutions that allow them to meet their infrastructural goals while at the same time achieving these objectives to mitigate climate change.

The World Bank study offers some good news: infrastructure compatible with the decarbonization and protection of the environment is not necessarily more costly than the more polluting alternatives.

In some key areas, such as energy access, Latin America has achieved impressive results. The region has achieved nearly universal access, reaching 90 percent in Peru and Bolivia, and almost 100 percent in the other countries. Additionally, the region uses less carbon to generate electricity compared with other parts of the world. Paraguay, Brazil, and Colombia produce more than 60 percent of their energy from renewable sources.

Protecting the environment requires constant monitoring to be able to face new challenges, such as rapid urbanization, which is accelerating demand for electric power not just in Latin America but around the world. At the same time, reducing the cost of renewable technologies requires policymakers to be aware of the most recent developments in the sector.

The third key is associated with operations and maintenance, a challenge not often considered when deciding on an investment strategy. For example, in the water and sanitation sector, operational and maintenance costs in most cases exceed capital costs. In the case of transport, maintenance is nearly equal to the original investment made.

It is essential to guarantee resources that enable the adequate operations and maintenance of the infrastructure that is developed. These can originate from oversight agencies, concrete funding sources, or higher tariffs to avoid losses.

Proper maintenance, a challenge that can be more daunting than simply completing a project, also generates savings by reducing the total cost of infrastructure in the transport and water sectors by more than 50 percent.

These basic steps are an important guide for not only ensuring the provision of services to the more than 640 million inhabitants of Latin America and the Caribbean, but also for guaranteeing that the infrastructure is sustainable and able to generate more and better opportunities for this population.