The third edition of #Innovate4Climate wrapped up in Singapore on Friday, June 7, 2019. Over 1,200 delegates from 82 countries attended a number of events including:

This was the first time Innovate4Climate took place Asia. One of the most vulnerable regions globally to climate change, Asia is also home to some of the most exciting opportunities that are arising from bold climate action, whether technology, business models or policy innovations. 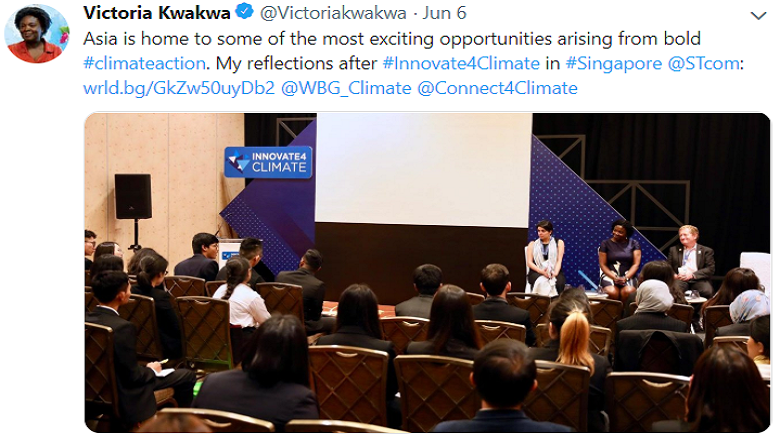 The week provided ample opportunities to hear from and exchange ideas with experts, innovators, entrepreneurs and financiers about Asia’s low-carbon, climate-resilient transformation.

Take, for instance, the ‘triple win’ of sustainable cooling. It can improve development outcomes - just halving food loss with refrigeration and food cold chains could feed 1 billion undernourished people globally and cooling is critical to avoid heat-induced losses of productivity that could amount to 6% of GDP by 2050 in some parts of Asia and Africa. At the same time, smarter cooling would also reduce harmful emissions that could otherwise lead to 1°C of global warming on a business-as-usual basis and also generate business opportunities and cost savings in commercial and industrial facilities by installing efficient cooling equipment. Approaches like the bulk procurement deployed by India’s Energy Efficiency Service Limited are driving down costs and boosting the uptake of more sustainable cooling options, vital in a country where air-conditioner market penetration is only about 6% but set to rise fast. A site visit to Singapore’s underground district cooling network – the world’s largest – took Innovate4Climate participants on a tour of the 5 km centralized piping network that serves customers in the Marina Bay financial district. 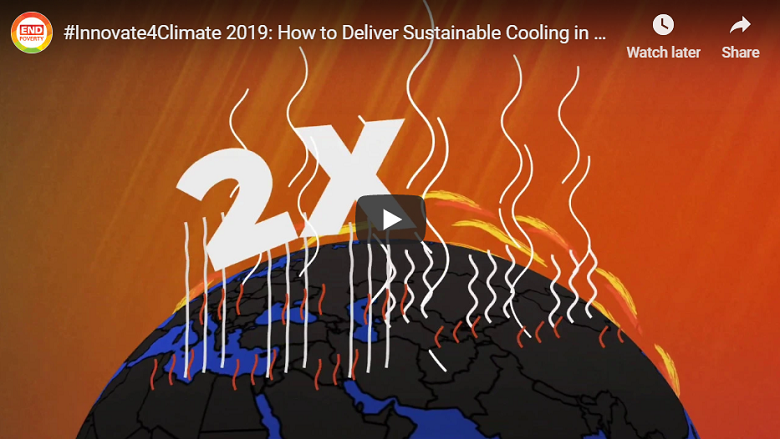 On battery storage it was clear that far from being a single purpose asset, batteries could have multiple uses, delivering greater value and bringing costs down. Tailoring energy storage solutions specifically to local contexts can also open markets. A combination of leadership and vision, policies and regulatory frameworks, as well as innovative finance and technology will be key to boosting battery storage solutions. 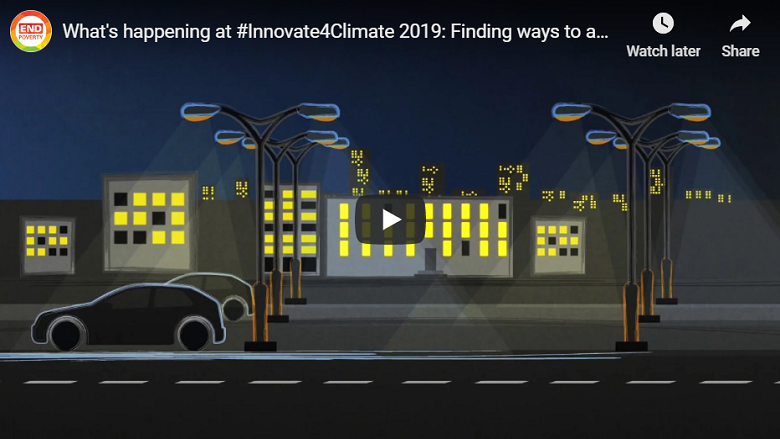 Climate-smart cities will be critical for the safety and prosperity of billions of people. Today, urban dwellers account for just over half the global population. By 2050, almost 70% of the world’s population will live in cities and one third of them will be in Asia. And already many are leading the way in climate-smart innovations, policies and design. Take Guangzhou, a Chinese megacity with a population of over 14 million, which has installed massive district cooling both retrofitting existing buildings and building new commercial spaces. It has also boosted urban livability by promoting the greening of urban spaces and ensuring it is pedestrian-friendly. Singapore’s Semakau landfill – also a site visit for Innovate4Climate’s participants – is the city’s only landfill facility, receiving over 2,000 tonnes of WTE plant ash and non-incinerable waste daily. Thanks to its innovative waste disposal design, marine biodiversity is carefully protected as are the coral reefs along Pulau Semakau’s western shore, and plots of replanted mangroves are thriving. 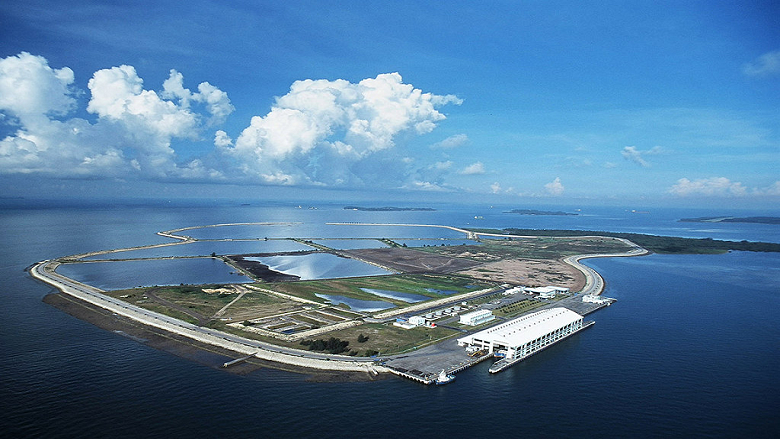 Singapore also recently launched a carbon pricing initiative. Along with other countries, including South Africa, Argentina, as well as a number of Canadian provinces and territories, this brings the total of carbon pricing initiatives to 57 globally, up from 51 in April 2018 according to the annual State and Trends of Carbon Pricing report launched at Innovate4Climate. 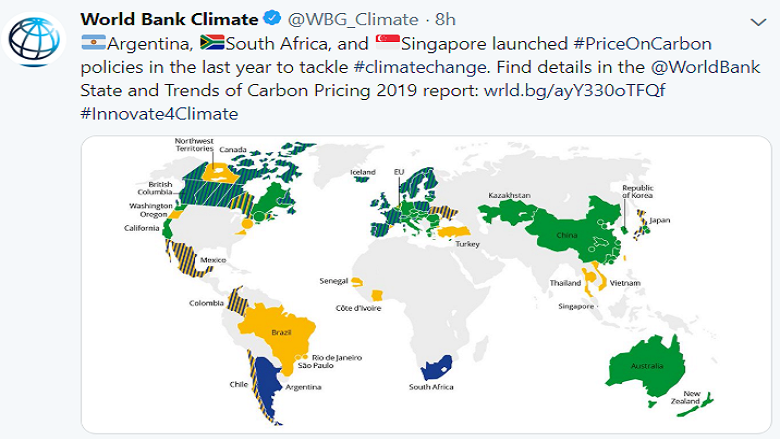 While this is encouraging the update of carbon pricing is not yet at the level needed to drive the ambitious action needed to meet the objectives of the Paris agreement.  Better communication of the rational for carbon pricing, and explicit political engagement to build stakeholder support will be critical to accelerate coverage. For the first time, the report also looked at the critical role of implicit carbon pricing, such as fossil fuel subsidies and fuel taxes, that can also help drive climate action.

Discussions around Article 6 of the Paris Agreement highlighted how next-generation carbon markets can reduce the cost of mitigation and increase resource mobilization and global climate ambition. 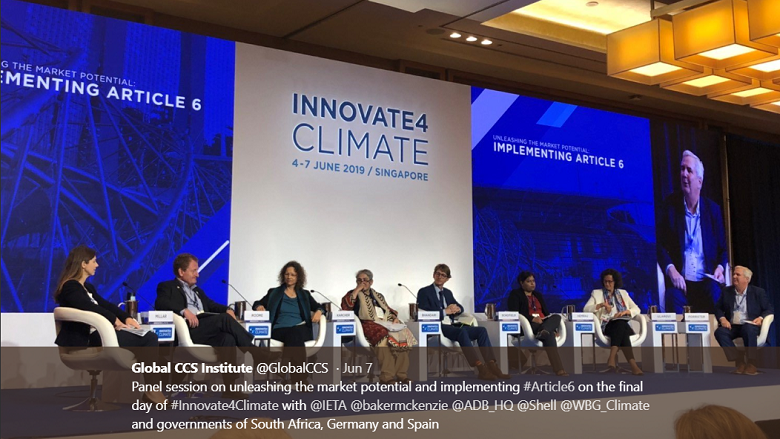 Green bonds in emerging markets also had a boost during the week with the launch of the Real Economy Green Investment Opportunity (REGIO) Fund. The fund, a partnership between IFC and HSBC Global Asset Management Fund is expected to catalyze at least $500 million to $700 million in multilateral and private sector capital to support climate-smart investments in developing countries—largely through bonds issued by non-financial, or real sector, companies.

As the week came to a close, one message was clear: the climate challenge is significant and urgent, but there are exciting solutions out there that have the potential to transform our economies and deliver cleaner, better and more inclusive growth.