Skip to Main Navigation
This page in:_
FEATURE STORY May 2, 2019

Injecting New Blood to Overhaul the Statistics System in Chad 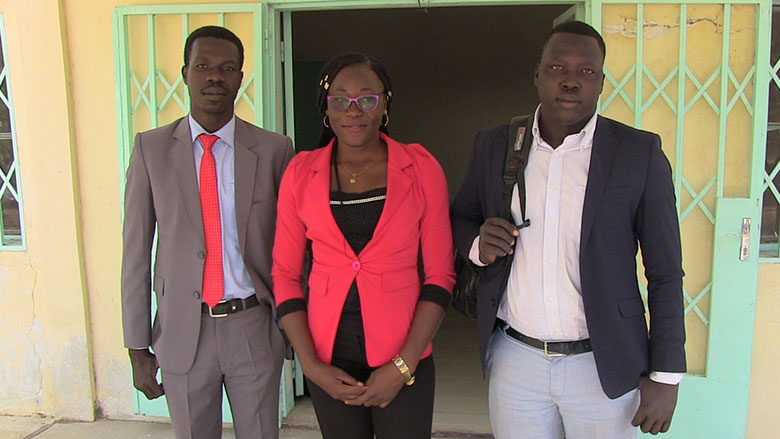 NDJAMENA, May 2, 2019―There aren’t many statistician-economists in Chad.  And yet, Mireille Dénémadji Ngarkodji is a proud, young professional in the national accounts department at INSEED. She is the only woman in this field, a situation that she wants to change.

A recent graduate of the Institut sous régional de statistique et d’économie appliquée (Sub-Regional Institute of Statistics and Applied Economics ISSEA) in Yaoundé, Cameroon, this 26- year-old Chadian young professional was one of the beneficiaries of the Chad Statistical Development project. This opportunity turned her life upside down—for the better.

“I was studying at ISSEA under difficult circumstances, with assistance from my parents. Some classmates were expelled because they couldn’t afford to pursue their studies without a scholarship,” she recalls. Until one day when an unexpected event provided a way out of her predicament.  “I was told that I had received a scholarship from the World Bank,” she enthused. 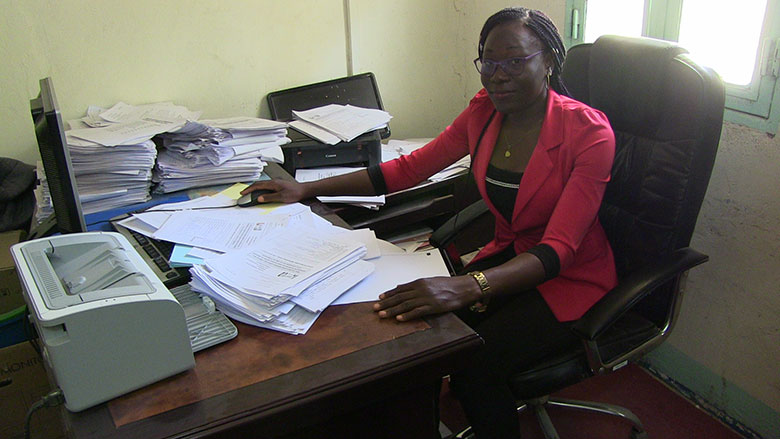 One of the objectives of the World Bank-financed project is to invest in human resources, and, in particular, to help qualified Chadian students pass the entrance exams (by providing private lessons) for the three regional statistics schools, and subsequently provide scholarships to the successful candidates. Some 30 scholarships have been planned since the start of the project. These scholarships cover enrollment; living, transportation, and housing allowances; books and supplies (including a computer); insurance; and internship fees. The estimated annual cost of the program at ISSEA is CFAF 3,800,000 (roughly $6,200 per student per year).

Seated at her desk in front of a stack of recently collected survey forms, Mireille can finally breathe a sigh of relief. “The scholarship had a positive impact on my studies because my goal was to escape poverty and look for a job.”

In her new position, this young statistician is responsible for statistical and tax reporting for the agriculture sector, and conducts surveys on the production structures of companies, as well as on gold, gravel, and natron mining. Mireille wants “to encourage female Chadian students to get into the field of statistics, which is not the exclusive province of men.” This dimension is being taken into account in the World Bank-financed project. 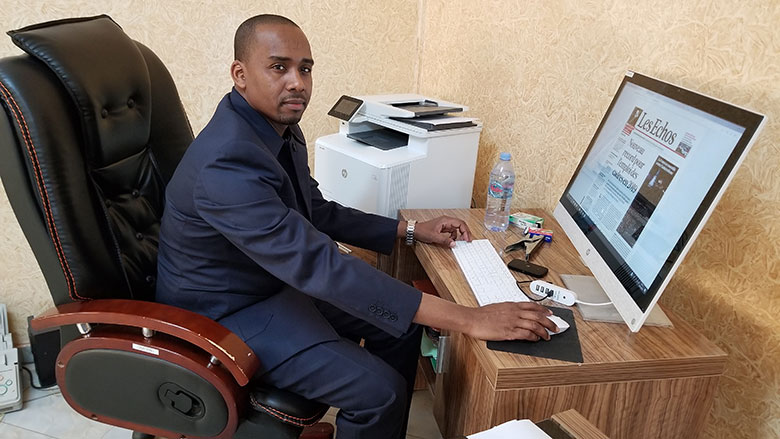 “The recruitment of 15 young, competent, dynamic statisticians will allow us to update the national accounts. It will transform and boost the credibility of Chad’s entire economy over the next four years, because its GDP data will be up to date ”, says Nour Goukouni, Director of INSEED. Photo: Edmond Dingamhoudou, World Bank

Mireille’s male colleagues share her enthusiasm. “We are from a graduating class of Chadian statisticians blessed by God, because this project gave us the opportunity to secure a job as soon as we completed our studies,” explains Dehainsala Douswe, a young professional in the macroeconomic conditions and forecasting unit.

Equally enthusiastic is Koïna Alaïna, a statistician-economist from the same graduating class and the same unit. “The project improved the work tools, bringing Chad’s statistics system up to regional standards.” Back at INSEED, Nour Goukouni, the director, is unequivocal.  “Not only did the project help inject new blood into the institute with the recruitment of 15 young, competent, dynamic statisticians, but it also allowed us to update the national accounts, which were last updated in 2005. This will transform and boost the credibility of Chad’s entire economy over the next four years, because its GDP data will be up to date,” he asserts.

The Chad household consumption and informal sector survey (ECOSIT 4), which was launched seven years after the last one conducted in 2011, is another of the project’s greatest achievements. For the first time, refugees were included in a national survey, paving the way for measuring the well-being of refugees relative to that of host communities and the wider Chadian population.