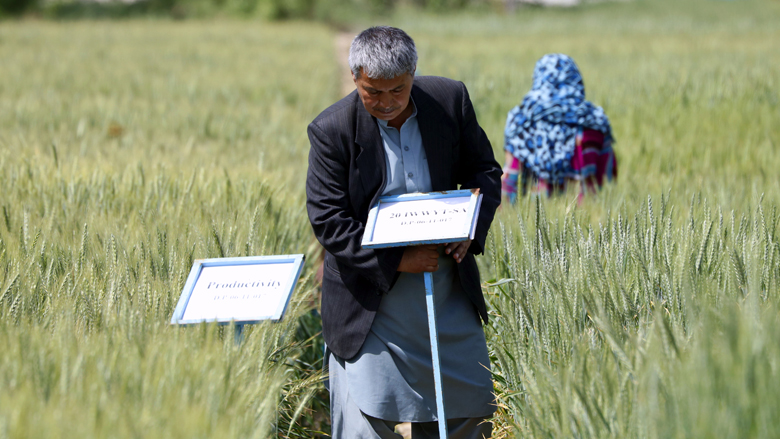 A farm in Afghanistan's northern province of Balkh is now producing foundation seeds, which are used to produce certified seeds that can eventually be used by farmers to grow healthy crops.

DEHDADI DISTRICT, Balkh Province – It is a hot sunny day in Balkh province. Staff at a local farm are working in its fields, while Khan supervises them.

Khan oversees an inter-ministerial farm managed by the Ministry of Agriculture, Irrigation and Livestock (MAIL), which produces foundation seeds, primarily for wheat. The foundation seeds produced at the farm, fall under one of the country’s six Improved Seed Enterprises (ISEs) which plays an important role in the production of high-yield and disease- and pest-resistant crops adapted to the local climate. Foundation seeds are used to produce certified seeds that can eventually be used by farmers to grow healthy crops.

Although the farm has been running since 1987, the many years of war destroyed the farm, leading to very little or no output. “The farmland was ruined during the war, but it has slowly become better since 2003,” says Shams who oversees the farm.

With support from MAIL’s Afghanistan Agricultural Inputs Project (AAIP), Shams says that MAIL is working to rehabilitate the farm while improving its production capacity. “We have the human resources to run the farm, but not technical and financial support,” he says. “We appreciate AAIP providing us the technical and financial support.” He says the project is generating results at the farm, which “is functioning well now and we hope it will become even better.”

Since AAIP support began in 2013, conditions at the farm have improved significantly. from animals and people. “Our crops are not being trampled on anymore as the land is protected from any disruptions,” says Khan. “We hope this means we will have better yields in the future.” More recent activities undertaken by AAIP have included buying modern farm machinery for the facility. 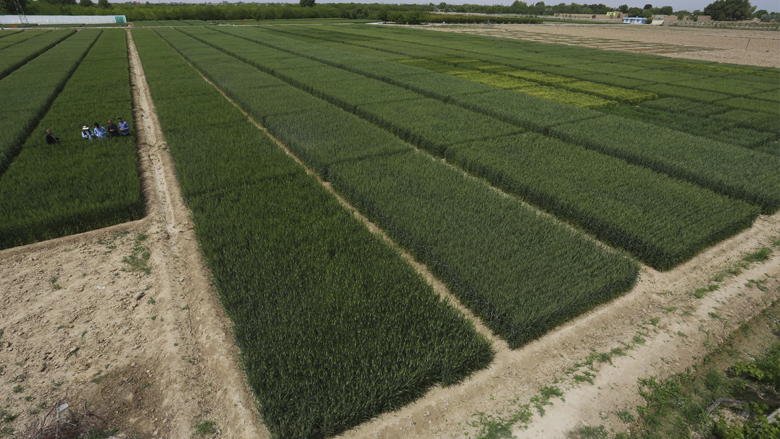 .  It provides technical and financial support to MAIL to improve the effectiveness and efficiency of seed production farms through capacity building and infrastructural improvement. The project receives funding support from the Afghanistan Reconstruction Trust Fund (ARTF), managed by the World Bank on behalf of 34 donors.

The seed sector is a vital pillar in Afghanistan’s agricultural development. .

“,” says Rahimi an agronomist in Balkh province. “Our work has already increased the production of foundation seeds by three to four tons per hectare compared to one to two tons in the past.” The farm is set to produce about 160 tons of foundation wheat seeds from 55 hectares this year.

Among the infrastructural improvements in the farm are four recently constructed irrigation wells. Ghani a farmer who has worked more than 10 years on the farm, says that his daily irrigation work has eased. “,” says Ghani. “It is a great help and it will help us to have better harvests.”

Ghani, however, points out that the farm still faces challenges in irrigation: the current irrigation canal system is not systematic and, more significantly, it is not paved, resulting in water loss through seepage. In addition, the farmland is not properly leveled, which means an uneven distribution of irrigation water that affects the harvest.

To address these issues, AAIP has allocated 28 million afghanis (about $380,000) to the farm. Agronomist Hesamuddin says the money will be used to organize the farm’s irrigation canals, level land, buy office equipment, and install solar panels for the water wells. “After completing our activities like organizing the irrigation canals, we will definitely have a standardized seed multiplication farm that can produce five to six tons of foundation seeds per hectare,” he says.