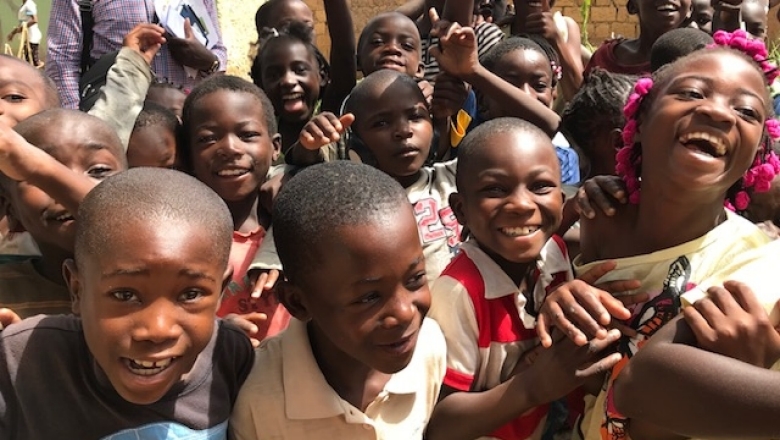 To address its human capital gap, Angola will use a “whole of government” approach to empower adolescent girls, reduce stunting, and address the learning crisis.

A journey of a thousand miles begins with a single step, says an old proverb.  On March 14, 2019, Angola, the second largest oil producer in Africa, revealed the initial steps it has taken on its journey toward ensuring healthy and productive human capital. The country’s draft Human Capital Strategy was discussed recently at a meeting of government ministers and Hafez Ghanem, World Bank Vice-president for the Africa Region.

In his opening remarks, Pedro Luis Da Fonseca, Angola’s Minister of Economy and Planning, said, “We have prioritized investment in people in our National Development Plan for 2018-22. However, our investments have not had significant impact on the formation of human capital so far. The Human Capital Index of 0.36 for Angola points to a dramatic loss of potential.”

With a population of approximately 26 million, Angola is the third-largest economy in Sub-Saharan Africa. Besides oil production, the country is looking to develop its agriculture and fisheries sectors. However, the World Bank Group’s recently published global Human Capital Index has drawn attention to Angola’s potential productivity losses.

Faced with a score that ranks below Sub-Saharan Africa and income comparators, Angola is moving quickly to develop its human capital. The World Bank is supporting a broad-based learning and priority-setting exercise within the government.

Coordinating across government on human capital

For the past four months, a multisectoral government technical team has been developing a coordinated “whole of government” approach to promote a shared understanding of the country’s key binding constraints to nurturing human capital and identify ways to address these constraints.

In February 2019, the first in-country human capital workshop was convened in Luanda, bringing together representatives from eight government ministries; as well as key donor partners such as the UN Coordinator and UNICEF representatives.  At this “laboratory style” workshop, participants presented and provided feedback on key activities and programs undertaken by their ministries to address malnutrition and empowerment of adolescent girls. This exercise helped identify areas in need of coordination.

For example, the development and implementation of a reproductive health curriculum and making family planning services available at the municipal level requires the health and education sectors to coordinate and integrate reproductive health inputs with the secondary education curriculum. Further, the government must engage municipal authorities to ensure local ownership of family planning services, mobilize communities to change social norms that disempower women, and incentivize girls to stay in school.

The road ahead: challenges and opportunities

The need to build the human capital of central and local Angolan government staff was included in the draft human capital strategy as a cross-cutting priority, recognizing the need to prepare them for this new shift in approach. Other challenges include bridging identification gaps and generating financial resources to secure human capital investments.

The government technical team mentioned the World Bank Group Country Partnership Strategy (currently under preparation) as a major opportunity in this regard. In the short term, about $1.2 billion in funding is already planned, ranging from budget support, critically needed water investments and a transformative social safety nets project that will introduce poverty-based targeting and cash transfers at scale for the first time in Angola. Further, the government has taken steps to reform subsidies in fuel, electricity and water, which could create potential substantive savings in the future.

Next steps include translating priorities and key interventions into an outline of key actions needed, roles and responsibilities, and implementation arrangements—both those that exist and those that are needed to connect the dots across sectors.

When the draft Human Capital Strategy was presented on March 12, Marcos Nhunga, Minister of Agriculture said that his ministry could address food safety and mobilize rural non-formal schools (escuelas de campo) to promote community information and involvement around better diets.  Joao Baptista Borges, Minister for Energy and Water, called for proper maintenance and sustainability of water investments as part of the actions required to reduce stunting and fight water-borne diseases.

The political support and commitment shown by the Angolan Government has created an expectation of progress. Concluding the meeting, Hafez Ghanem said, “The strategy sets the basis for implementation of a program to address human capital in Angola. We will do everything we can to support you.”