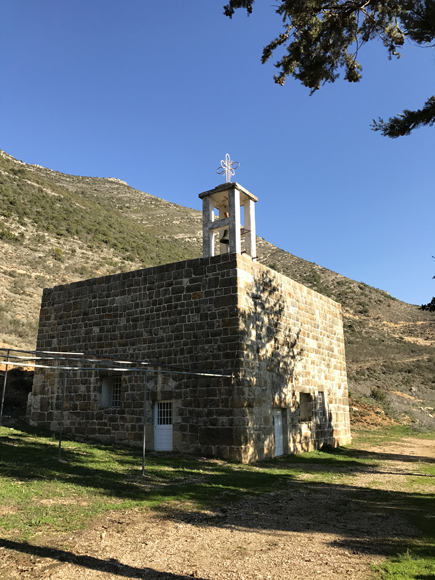 Bisri Dam will bring clean and continuous water to Beirut and Mount Lebanon by 2024. *Arlene K. Fleming, archaeologist and specialist in cultural heritage documentation, conservation and management, explains how Mar Moussa Church and the remains of the Saint Sophia Monastery in the Bisri Dam area will be preserved.

Q 1.  What is the plan to preserve the Mar Moussa Church and remains of the Saint Sophia Monastery in the Bisri Dam area?

Fleming: In accordance with policies of the World Bank, extensive consultations with affected people in the impact region of the dam and reservoir area, conducted during preparation of the Bisri Dam project, revealed that the Mar Moussa Church is highly valued by the Maronite worshipers who periodically attend services in the structure. The parishioners and the Maronite Church authorities agreed that the church, and the near-by remains of the Saint Sophia Monastery, should be disassembled by qualified experts and reconstructed on land to be secured by the Maronite Church authorities. Accordingly, the project plan and budget provide for this action, to be undertaken in a timely fashion during implementation of the project. The Project Implementation Unit (PIU) in the Council for Development and Reconstruction (CDR) is coordinating the relocation of the church and monastery remains with the Maronite authorities and the Directorate General of Antiquities (DGA).

Q 2.  What is the role of the Maronite church authorities?

Q 3.  Are there any examples of identification, conservation and management of cultural heritage in large development projects?

Fleming: There are many cases throughout the world where large and small development projects have facilitated the discovery, investigation, documentation, and conservation of cultural heritage. In numerous instances development projects have provided the sole impetus and funding for cultural heritage investigation and conservation which otherwise would be impossible, adding valuable information to the historical record and providing economic and social enrichment at national and local community levels. Some recent examples include: discovery and excavation of archaeological sites in Azerbaijan, Georgia and Turkey during construction of the Baku, Tbilisi, Ceyhan (BTC) oil pipeline; archaeological investigation and excavation prior to and during construction of the Peru LNG pipeline; discovery of the Byzantine port, with over 30 wooden vessels and numerous other artifacts, during construction of the Istanbul Metro; conservation of rock art and excavation of prehistoric sites during a hydropower project in Lesotho.

Q 4.  What has been the World Bank’s interest and investment in the cultural heritage of Lebanon?

Fleming: The World Bank’s interest in Lebanon’s cultural heritage is evidenced by two investment loans to the Government of Lebanon implemented by the CDR with participation of the DGA and communities in Lebanon from 2003 to 2017, through the Cultural Heritage and Urban Development Project.

*Arlene K. Fleming is an archaeologist and specialist in cultural heritage documentation, conservation and management. She has served for two decades as consultant to the World Bank, advising on investment lending and safeguarding cultural heritage in Bank-financed projects. Her work has included authoring policy documents and reports, training Bank staff, consultants and clients and serving as liaison between the Bank and cultural heritage organizations. She has served in staff and consultant capacities for several cultural, defense and development organizations, has written numerous articles and lectured on the identification and protection of cultural heritage in many contexts, including armed conflict, natural disasters, and infrastructure development.