Helping Women in Kurdistan region of Iraq to Find Jobs 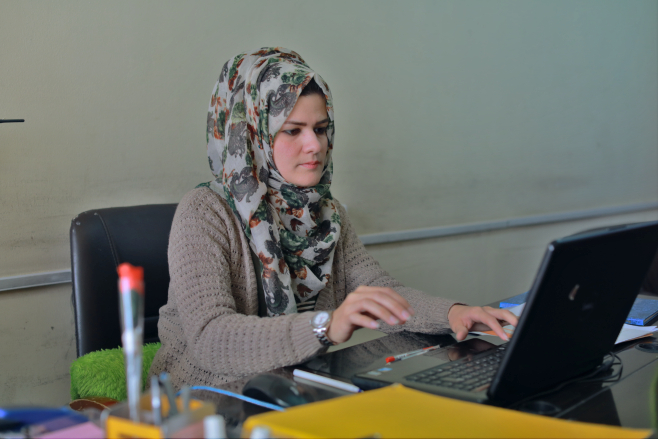 “Having a job makes me feel better emotionally and financially.” “There is no one to help me find a job and I have family responsibilities. That’s why I am unemployed.” These two statements from two young women encompass the major sentiments regarding women’s employment in the Kurdistan Region of Iraq (KRI): women want to find a job, but they face many barriers to getting one, according to our recent World Bank pilot project.

To delve into the background, the female labor force participation rate in Kurdistan is one of the lowest in the world at 14% (as measured in 2015). KRI women have been profoundly impacted by the financial crisis, political instability, and ongoing conflict nearby. The unemployment rate significantly increased in 2015, particularly among young women, reaching 69% for those aged under 24 (compared to 24% for men) and 36% for women aged 25-34 (compared to 11% for men). Of those unemployed women, more than 1/3 third hold post-secondary school degrees, compared to 25% of unemployed men.

And of the women who are employed, almost 80% are employed in the public sector, with only about 1 in 100 working-age women working in the private sector. Amore than half of non-working women (54%) want to work. About 10% have worked before, but many stopped working because they were laid off.

So, what are the specific barriers that are constraining women from joining the labor force and finding more jobs in the private sector?  There are many assumptions in the Middle East that social norms are strong barriers preventing women from working, especially in the private sector where issues such as mixing with men, harassment, and long working hours are deterrents and barriers for women. The World Bank launched a pilot program in 2017 to better understand the legal, societal, and individual barriers that influence women’s labor force participation.

One of the main constraints identified in the project was lack of childcare support. In fact, only 7.4% of working women surveyed had access to childcare at work. Furthermore, the majority working women (85%), were expected to return home before 5 pm. And with weak legislative protection to women and families in the workplace, women are systematically excluded in the private sector. Another constraint is job guarantee after returning from maternity leave. After finishing maternity leave, women aren’t not legally guaranteed their positions.

Our pilot project also looked at the job search experience of job seeking women and found that while it took working women on average more than seven months to find a job, non-working women gave up their search in less than three months. Working women had showed greater perseverance and may have utilized more formal channels (websites, jobs agencies, etc) compared to non-working women.

To combat all these challenges, the World Bank team helped the Kurdistan Regional Government (KRG) to launch the first family-friendly policy competition for private sector companies. Because legislative reforms take time, the intervention was designed to raise awareness and incentivize companies to adopt the proposed family friendly policies. A selection committee composed of academia and experts in labor market and gender evaluated the applications and awarded 7 companies for their efforts to adopt the policies. This type of incentive has been done in several countries around the world, including the UK, Australia, and the UAE. It works in many countries where women are unable to break through a certain sector or industry. The awards typically vary from financial to social recognition.

The World Bank also partnered with Rwanga Foundation which maintains an online jobs portal for KRI and provides face to face job search training to job seekers. Students and other job seekers were recruited from universities and job fairs to register on their portal (called Rwanga Foras portal), and employers in KRI were invited to post new opportunities each month. The intervention consisted of providing a phone coaching support to existing female job seekers for six weeks.

While attrition was high, those that participated in the coaching intervention exerted more effort in their job search. Job seekers who engaged in three or more coaching sessions spent 4 more hours per weeks searching for a job. Formal job search channels such as online job portal and job placement centers are still not widely used by job seekers. Many continue to rely on personal contacts (family and friends) to find a job, limiting their options to a much smaller pool.

The Wolrd Bank pilot project in KRI also provides 15 actionable recommendations to reduce the barriers, among them are updating and enacting the draft Labor Law, ensuring effective implementation of the laws, repeating the yearly award for companies, increasing visibility of women in the private sector through communication campaigns, establishing childcare support program, and supporting expansion and enhancement of formal job channels and labor market intermediaries.