Improving Capacity for Better Use of Public Funds 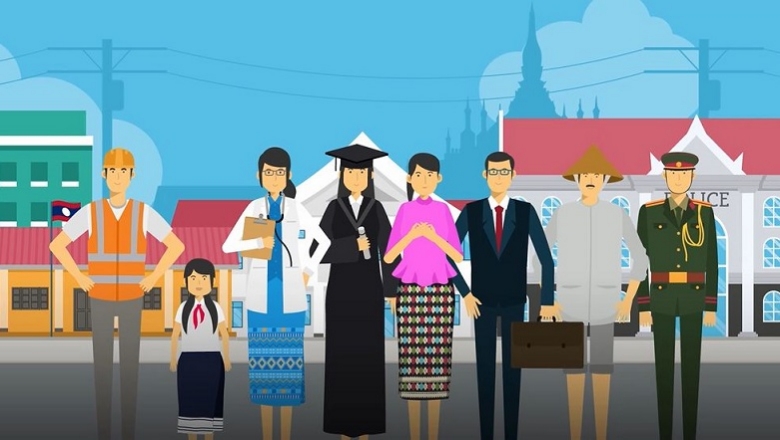 PFM stands for Public Financial Management. It relates to the way governments manage public funds and the impacts on the growth of the economy and the wellbeing of citizens. Managing public resources involves how the government earns money, known as revenue, and how the government spends money, or expenditure. Revenue may come from taxes, money earned by state enterprises, or foreign aid, for example. Expenditures are, for instance, government wages, purchasing goods and services, and spending on infrastructure and public services.

How does PFM work in Lao PDR?

Using this information, the government develops a Budget Plan, which determines how much money should be allocated for each sector and Ministry. The National Assembly is responsible for approving this yearly Budget Plan.

Once the Budget Plan is approved, Budget Execution begins. This is how the money gets spent; that is, how the money goes from being collected to being used. In modern PFM systems, Budget Execution is done through an IT system called Financial Management Information System (FMIS). Lao PDR is currently upgrading to a modern FMIS with funding from the World Bank.

At the end of each year, the Ministry of Finance prepares a document that summarizes how the money was spent. Then the State Audit Organization validates the information by auditing the annual financial statements. With the new FMIS system, reporting and auditing will become easier, faster, and more transparent.

Who is supporting PFM in Lao PDR?

To assist the government in implementing PFM reforms, the World Bank has provided US$20 million to the Lao Government for the Enhancing PFM through ICT and Skills (E-FITS) Project (2019 – 2025), which will finance the implementation of a new financial management information system and strengthen the PFM capacity of staff at the Ministry of Finance. In addition, the Delegation of the European Union to the Lao PDR has provided financial support to the World Bank and the Ministry of Finance in the form of a €4,900,000 Trust Fund for the Public Finance Management Reform Program (2018 – 2022), which will support the following areas:

How will this benefit Lao PDR?

The World Bank’s PFM program builds the skills of the Ministry of Finance, improves how the country’s public finances are used, and helps the government to make decisions at the right time.

Ultimately, an improved PFM system will benefit all Lao citizens and provide them with more information on how the national budget is used. Strong management of public finances means more effective and equitable delivery of public services to all Lao people including education, healthcare, energy, and law enforcement.