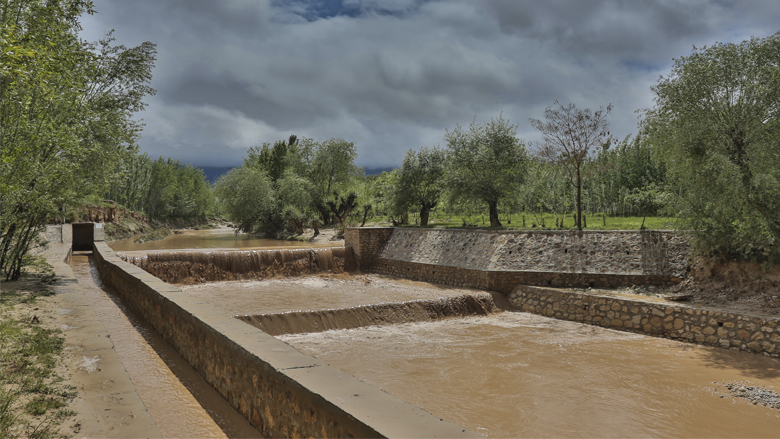 Essential parts of the Zohrabi irrigation scheme, including a concrete intake, as well as channels, retaining walls, a spillway, and aqueduct were built in Samangan's Aybak city with support from the Irrigation Restoration Development Project (IRDP).

AYBAK CITY, Samangan Province – In an almond orchard surrounded by a mud wall, 45-year-old Sardar is softening the soil around each of the trees. He then mixes the soil with animal manure and smoothens it.

, the provincial center of northern Afghanistan’s Samangan Province. Despite years of agricultural experience, Sardar’s harvest often fell short of his expectations, partly because he did not have enough irrigation water. The village’s main irrigation canal, part of the Zohrabi irrigation scheme, had no permanent intake to distribute water evenly to farms and it was unable to carry water throughout the canal.

Seasonal rain would bring floods three to five times a year, says Sardar. “Each time the flood destroyed our muddy intake, we had no irrigation water. Sometime even for a month,” he says. After each flood, the farmers gathered in groups of 60 to 80 to repair the intake at Shahr-e-Qadem village with new sand bags, taking five to seven days away from their own fields to contribute to the repairs.

The farmers carried out the same ineffectual repair work after each flood until they learned about the Irrigation Restoration Development Project (IRDP). .

*. “Most of the water-related problems of the farmers have been solved,” says Sardar happily. “Now our crops do not dry out because of lack of irrigation water. Thankfully, we have better harvests.”

IRDP is implemented by the Ministry of Energy and Water (MEW) through six regional offices: Kabul, Kandahar, Kunduz, Herat, Jalalabad, and Mazar-e-Sharif. It aims to improve access to irrigation in targeted areas and strengthen MEW capacity for water resources management. The project supports the rehabilitation of irrigation systems serving some 215,000 hectares of land in targeted areas across the country.

The project is funded by the government, the Afghanistan Reconstruction Trust Fund (ARTF), managed by the World Bank on behalf of 34 donors, and the International Development Association (IDA), the World Bank Group’s fund for the poorest countries.

"“Most of the water-related problems of the farmers have been solved. Now our crops do not dry out because of lack of irrigation water. We have better harvests.” "
Sardar
Farmer 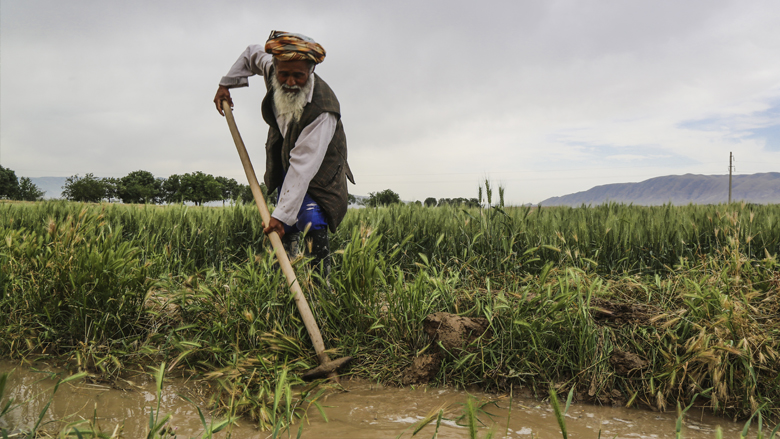 Rehabilitation of the irrigation canal in Samangan Province's Aybak city now saves over 500 hectares of farmlands from the threat of floods, thanks to the support provided by the Irrigation and Restoration Development Project (IRDP).

Over 1,800 families in eight villages have benefited from the IRDP activities in Aybak. The scheme irrigates 508 hectares of land compared to 420 hectares previously.

. “Before the project, I harvested 200 to 230 kg of wheat per jerib [0.2 hectares] of land. Now I have enough irrigation water and I can harvest 330 to 360 kg of wheat in the same area,” says Saifulah, 55, in Zohrabi village. “I think the villagers will have even better economic conditions in the future.”

Generally, these farmers, like others in Samangan Province, faced water shortages over the course of the year and were dependent on seasonal rain, particularly flood water. . 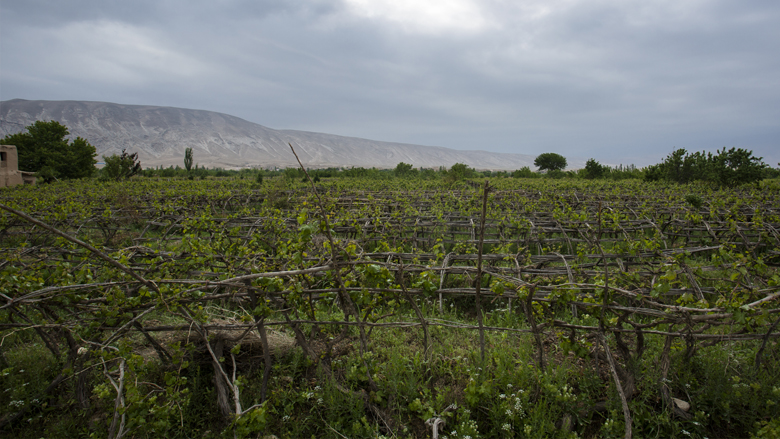 Haji, 57, who owns 12 jeribs (2.2 hectares) of land in Shahr-e-Qadem village, is one of the farmers who has benefited from the project. His land is located at one end of the canal, which meant that he did not receive any irrigation water or very little previously. “I cultivate wheat and corn and manage almond and apricot orchards,” says the father of four. “Some years I was able to bring water to my farmland, but most years my farming would dry out and I had no harvest.” With the rehabilitation, Haji can now rely on irrigation, enabling his crops to grow better.