Stepping up Climate Adaptation and Resilience in Africa 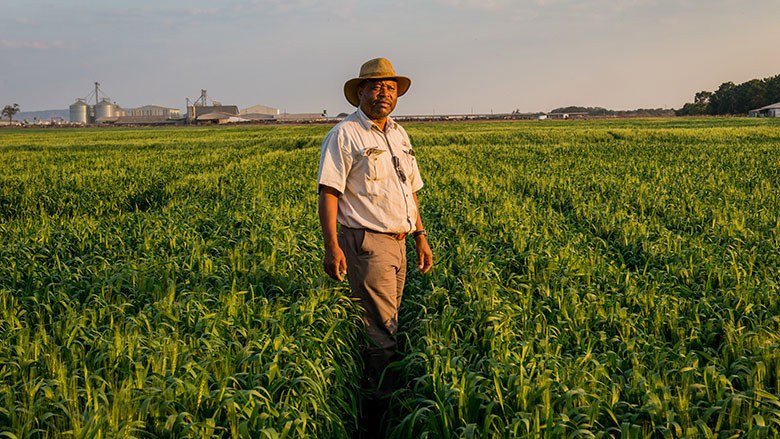 WASHINGTON, March 11, 2019 – What does climate change in Africa look like?

Ask the people of Kenya, who know only too well. A year ago, unanticipated torrential rains slammed the Horn of Africa, damaging homes and infrastructure, and contaminating the food and water. In Kenya alone, approximately 150 people died and more than 300,000 people were displaced from their homes by the floods.

In the wake of this crisis, the World Bank  approved a financing mechanism for immediate disaster risk management that will allow Kenya to rapidly access $200 million in the event of future catastrophes or related public health emergencies.

Supporting adaptation and resilience to major climate impacts like the catastrophic floods in Kenya—and preparing countries for a low-carbon, climate resilient and sustainable future—is at the heart of the World Bank’s Africa Climate Business Plan (ACBP), which has already delivered $17 billion through International Development Association (IDA) and International Bank of Reconstruction and Development (IBRD) financing  for climate action,  double the target that had been set for 2020.

As the Bank’s strategic effort to support African governments in their urgent response to climate change, the ACBP is stepping up ambition and action in concert with the recently launched WBG Action Plan on Adaptation and Resilience. The Bank’s action plan, which will focus on managing climate risks by fostering sustainable national development throughout every sector, will boost direct adaptation climate funds to $50 billion over the next five years and catalyze private capital for climate action.

In addition to mainstreaming climate resilience and adaptation throughout its operations in the region, the Bank is working with eight African countries—Rwanda, Mali, Cote d’Ivoire, Namibia, Uganda, Mozambique, Zimbabwe, and Kenya—to help them meet their Nationally Determined Contributions (NDCs) submitted under the Paris Agreement.

To short circuit the intergenerational downward spiral into deeper poverty that can be aggravated by climate change impacts, the Bank is planning for new investments in human and social capital focused on health, social resilience and education. In Zambia, for example, climate resilience includes building schools that head teachers hope will increase attendance in rural communities.

The ACBP includes vigorous monitoring and reporting on climate-resilient development in the region. These investments have yielded positive outcomes and generated critical lessons for transformation and scale-up.

In Mozambique, integrated landscape management is maximizing finance for development through the mobilization of commercial resources for agriculture and forest value chains. It is also leveraging private equity for protected area management. By promoting partnerships between the private sector and communities, the ACBP is making headway in creating more sustainable models that strike a balance between economic and conservation goals.

The Nachtigal Hydropower Project in Cameroon is crowding in private capital and reducing public debt as well as lowering the overall costs of service for electricity as the country starts meeting its energy demand through renewable sources. By the summer of 2018, more than 40 million people across the region had met their basic energy needs thanks to renewable energy solutions such as off-grid solar through the support of the joint World Bank-IFC Lighting Africa Program.

Ambitious Targets and Scale Up for a Less Certain Future

According to the Intergovernmental Panel on Climate Change special report, projections of the impact of climate change are increasingly grim, with high confidence that global warming will reach 1.5 degrees Celsius sometime between 2030 and 2050. So, while many of the ACBP goals have been met, the race to resilience in Africa is getting harder, and the need for increased action more urgent.  The ACBP is helping countries move quickly to stay ahead of these risks.

Kenya has one of the most successful electrification programs in Sub-Saharan Africa; more than 40% is powered by renewable geothermal energy. Together with IDA guarantees, Kenya has leveraged $431 million from private capital for the development of 250MW of thermal capacity.

“Building on the success of the ACBP thus far, and the lessons learned along the way, the World Bank’s Africa region is deepening engagement with African countries on climate action and setting new ambitious targets going forward,” said Hafez Ghanem, World Bank Vice President for Africa.

The ACBP aims to intensify its commitments and engagement to 1) expedite mainstreaming of climate action to transformation at scale 2) support scaled-up and transformational investments in key sectors, including climate-smart health and education, to strengthen health systems and build climate-resilient economies 3) harness innovation and technology such as satellite technology to leap from countries toward climate resilience; and 4) raise finance and accelerate the mobilization of private sector investment, especially for renewable energies.

“Staying ahead of climate risks may be a challenge, and a focus on anticipating and managing climate risks is a critical part of the solution,” said Kanta Kumari Rigaud, Lead Environmental Specialist and Regional Climate Change Coordinator for the Africa Region. “There is an urgency to replicate and scale up on the multiple successful projects and programs of the ACBP.”

The ACBP is incorporating new strategic areas aligned with the Adaptation and Resilience Action Plan as Africa steps up climate action for a more sustainable future.