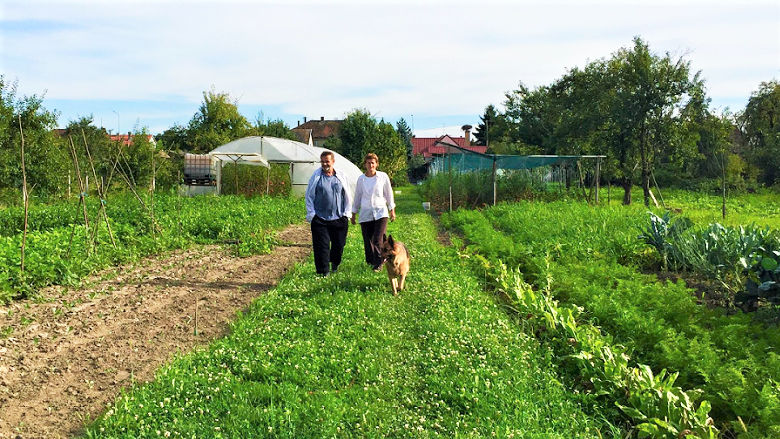 Despite financial hurdles and severe weather that saw their crop decimated, Mirela and her husband are hopeful their livelihoods from organic production and distribution will keep improving. 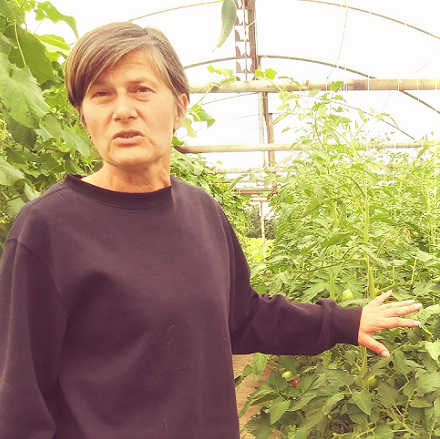 Mirela Kovačević moved to her native village in rural Slavonia region to become an entrepreneur, growing organic fruits and vegetables.
Mirela Kovačević is fifty-two years old and lives today in her native-village, Koška, in Slavonia, a rural region in Croatia. She earned a degree in agriculture from Osijek University and subsequently spent most of her life living in the nearby town of Valpovo, working for private companies.

However, ten years ago, her husband fell ill, so they both decided to quit their jobs and return to their native village. They decided to start an organic fruit farm on a 6-hectare plot of land which Mirela had inherited from her mother.

Mirela and her husband took out a loan from a commercial bank so that they could plant their orchard with apple, peach and apricot trees. They planted the trees in March 2008, but just three months later, their orchard was severely damaged by the force of a major flood. The extent of the flooding across Croatia was so significant that the authorities declared a state of emergency.

The bank did not agree to put a moratorium on their loan, however, and they quickly found themselves in debt and experienced difficulties servicing the loan. And if that was not enough, a late frost the following year saw their crop decimated.

To survive financially, Mirela started the production of organic vegetables. These days, she and her husband travel to the City of Osijek three times a week to sell their vegetables at the green market in the city center.  They also sell other produce such as pickled vegetables, jams, juices, tomato sauce. 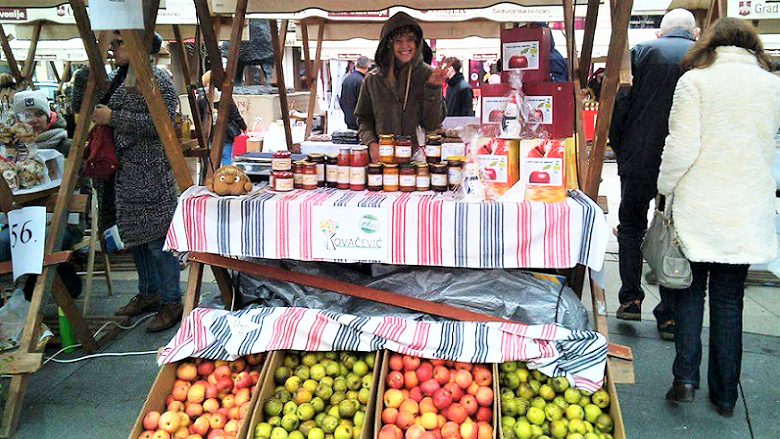 The Kovacevic family’s produce is sold at the green market in the center of Osijek.

But they still face financial hurdles. “In order to sell our products at the market, we have to pay for microbiological and other chemical analyses and the price is the same whether you produce 200 jars or 50,000 jars,” says Mirela.

"We hope that an ethical bank will begin operating here, and that we will be able to solve our financial problems and continue with our business. Because we want to continue working!"
Mirela Kovačević
Organic farmer, Croatia

During the past few years, people’s livelihoods from organic fruit production and distribution have improved, following the establishment of so-called Producer Groups by Croatia’s Ministry of Agriculture. Small farmers can now get advice from professional agronomists, as well as additional training and help with the distribution of their products.

Due to lingering debt, Mirela is not eligible to apply for EU funding, but she is optimistic about “ethical banking” being introduced in Croatia.

"We hope that an ethical bank will begin operating here, and that we will then be able to solve our financial problems and continue with our business,” says Mirela. “Because we want to continue working!”

A forthcoming World Bank report, Investing in Opportunities for All: Croatia Country Gender Assessment, discusses how rural women could be better supported and empowered to improve income opportunities. Through customized bottom-up approaches, such as lifelong learning, financial and digital literacy, and training and certification, rural women could be provided with tools leading to self-employment from home. With greater opportunities, more rural women in Croatia will be able to follow in Mirela’s footsteps.