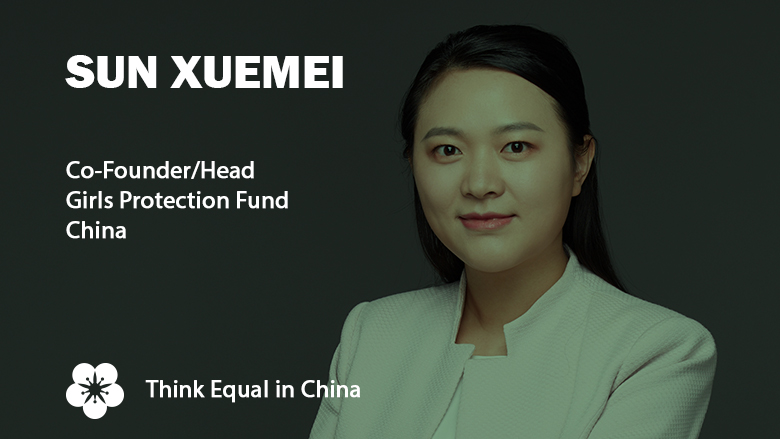 On International Women’s Day 2019, we are sharing stories of women doing inspiring work across China. Their diverse contributions highlight the transformative power of women in the country. Sun Xuemei leads the Girls Protection Fund, which provides free courses on preventing child sexual abuse in schools, publishes reports and advocates for legislation against child sexual abuse.

I used to be a reporter and am now the chief editor of gongyi.ifeng.com. I am also the head of a non-profit organization, the Girls Protection Fund, and the mother of two kids.

It may make you laugh but I am inspired to get up in the morning because of dreams and responsibility. Every day, there are so many things to do. I have to get up and finish them. Only by doing things well every day, can one realize one’s dreams and be a person of value.

I took the path of public service somewhat by accident, but it was inevitable. In 2013, several cases of child sexual abuse were reported. As a reporter, I was very angry and could not sit still. After a brief discussion with a group of female reporters, we decided to act and launched the “Girls Protection” program. At first, I thought that I could complete the mission in two or three years. With increasing understanding and more research, I found that child sexual abuse is a worldwide problem and a long-term issue that requires perseverance. Of course, there is an important reason for engaging in public service. I hope to repay society with my action. My family was poor when I went to school. Financial assistance from the government, companies and individuals helped me overcome difficulties and complete my education.

Keep one’s feet on the ground, be persistent, and believe that constant dripping wears away a stone. At the same time, don't restrict yourself because you are a woman.

Opportunity always favors those who are prepared.

Uneven development between urban and rural areas. This is the problem that China is trying to solve, including the implementation of the targeted poverty alleviation policy. I think it needs joint efforts by all social sectors.

As far as I am concerned, I think that sex education will become universal in China in 25 years.

No more gender discrimination in employment, and a much higher percentage of women in management positions.