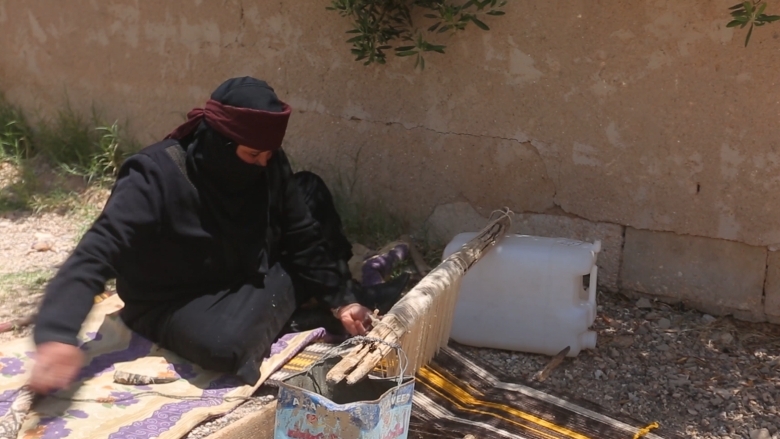 "I would say this to every woman, not just in Al-Jafr, but everywhere: Focus. Think. Know what you want to do, and where you want to go... Find out how you want to develop and grow in your life, how to expand your horizons.”

These inspiring words come from Hamda Abu Tayeh, an elderly woman from a small village in Jordan’s ‘Badia’- an honorable name given to the vast desert by the Jordanians. Hamda is the president of the Women’s Association in Al-Jafr, which has 42 members and their community, especially women with special needs and orphans. And she is a shining example of how giving women in lagging regions a chance to improve their livelihoods ends up multiplying into the communities around them.

There is pride and awe in Hamda’s voice as she talks about being able to run a business and employ many women despite facing big obstacles.  “For a woman like me to find employment when she is illiterate, never went to schools, never read or wrote anything, but she put forth a goal for herself and was able to accomplish it?... I wanted to pay that [success] forward.”

Hamda, like most women in her conservative village, had been unemployed with little opportunity to earn any income. She had no business experience, being illiterate, and facing a society where women are discouraged from working in public spaces and of having much mobility. But she wanted things to be different.

So with an idea in hand, she was able to get monetary support and training from the Badia Ecosystem and Livelihood Project for Jordan, in partnership with the Hashemite Fund for Badia Development. This enabled her to create a crafting business specifically for women to work and create goods from the comfort of their homes.

The Badia Project, implemented by the government of Jordan in partnership with the World Bank, gave Hamda JOD 14,000 (US$ 19,477) to help her start the business. The project also funded training courses in order to empower the women to build and grow their business. The business provided 10 women who had never finished high school or had faced big obstacles with the chance to earn income. “It really is a huge success for us,” Hamda said.

Before the implementation of this project in the Jordan Badia, a World Bank survey found that families in the area mostly made their livelihood from herding, which was waning in productivity due to significant land degradation affected by climate change. While men still held onto this traditional occupation, young people were showing little interest in this livelihood. 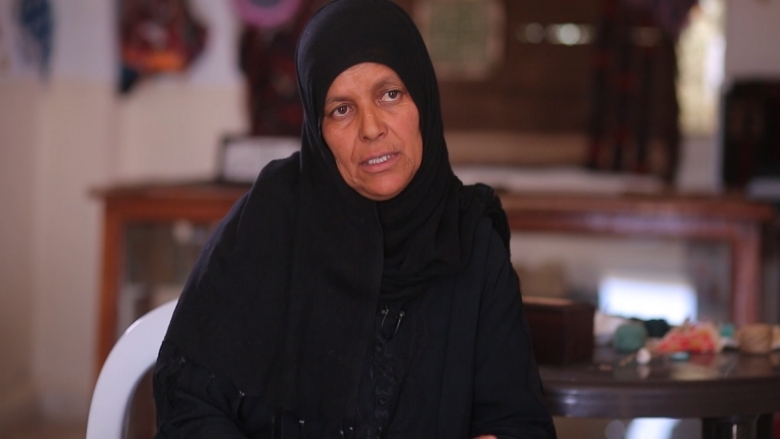 “The Bedouin women were eager to have a livelihood that would provide income to their families, but opportunities were scarce, and the society forbade them to interact with men outside their immediate families or leave their villages for work,” says Banu Setlur, Senior Environmental Specialist with the World Bank’s Environment and Natural Resources Global Practice. “Despite these limitations, several entrepreneurial women established women-only cooperatives to use member fees to open small businesses.”

To support these women and the Badia families, the World Bank and the Global Environment Facility gave Jordan a US$3.3 million grant. This grant project has so far supported 3,568 people through training and capital funding. The Badia Fund will continue to provide technical support and training for the next 10 years, and the cooperatives that successfully operate their new businesses for at least 2 years will be eligible for additional funding.

The government of Jordan worked well to gain people’s trust in supporting these women and other projects. Adapting to the conservative society, they offered men- and women-only training on marketing and business management at the local cooperatives, surveying the local market’s needs and discussing specific needs with the co-ops.

Hamda’s story is a shining example of how investing in poor women in lagging regions not only provides them with jobs and better lives, , but also  multiplies the benefits within their society.