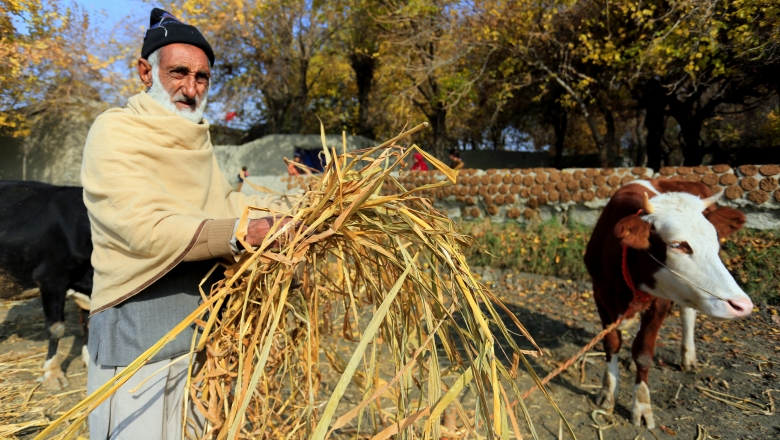 Living conditions of as many as 3,000 villagers in Surkh-Rod district of Nangarhar Province have improved thanks to the support provided by the Afghanistan Rural Enterprise Development Program (AREDP).

Sitting in his small mud shop, Saleh Mohammad, 70, looked out at a group of young students studying in the open. There were usually not too many customers at this time of the day and Saleh enjoyed his time looking at the view from his shop’s open door.

Life changed for Saleh, a resident of Faizabad village in the Surkh-Rod district of Nangarhar Province, when he started the provision shop.

His life took a turn for the better when the Afghanistan Rural Enterprise Development Program (AREDP) encouraged him and other villagers to set up saving groups and subsequently a Village Savings and Loan Association (VSLA), which provided loans to members from their pooled savings.

Saleh was among those villagers who took a loan in the early stages of the project. With the loan, he bought a cow. The extra income from selling dairy products soon enabled him to open his own shop. “It is all thanks to the support of the project that I have a shop, a cow, and can continue farming. I am even able to save money,” he added.

“Our program aimed to improve the financial status of families in multiple villages,” said Nabi Sayeed, who served as the AREDP district officer for Surkh-Rod. “We improved the lives of about 3,000 beneficiaries in Surkh-Rod district, about 50 percent of whom were women.”

AREDP, a program of the Ministry of Rural Rehabilitation and Development (MRRD), was designed to increase the employment and income of rural men and women. The program, which closed in June 2018, aimed to mobilize rural communities to establish Savings Groups, Village Savings and Loan Associations, and Enterprise Groups to increase economic activity and improve livelihoods.

The program was supported by the Afghanistan Reconstruction Trust Fund (ARTF), managed by the World Bank on behalf of 34 donors, and the International Development Association (IDA), the World Bank Group’s fund for the poorest countries.

"We were so happy about this program. Without it, I would never have had a small business."
Nazeema
Micro business owner 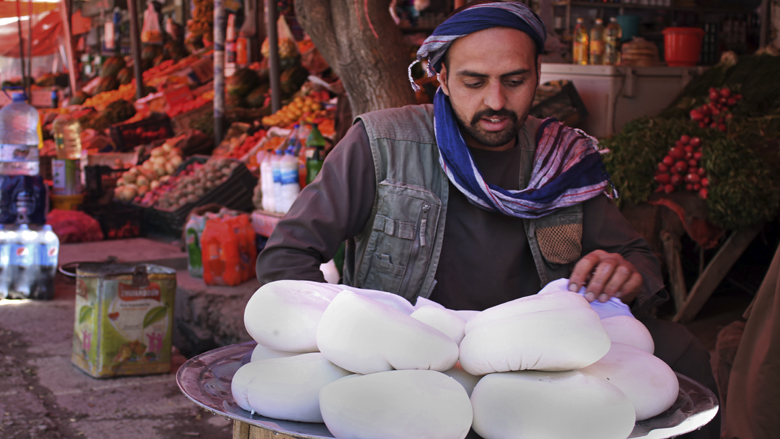 With support from AREDP, thousands of villagers like Mohammad Akbar in Nangarhar's Surkh-Rod district were able to start micro businesses from loans made possible by the saving groups.

In Nangarhar Province alone, over 21,000 people from seven districts benefited from AREDP services that included training and support on money management and starting a small business to become self-sustaining.

Beneficiaries included farmers like Mullah Khan, 45, from Faizabad village. He saw an increase in his harvests and income after using a loan of 65,000 afghanis (about $940)* from his community’s VSLA to buy better inputs. “I used to buy low quality seeds for my land because I could not afford more. I had no money to buy fertilizers,” the father of six said. “However, by using the loan money to buy better quality seeds and fertilizers, my income tripled. I made a profit of 150,000 afghanis (about $2,100) last year.”

AREDP also helped women to support their families. Thirty-year-old Nazeema, a mother of six, bought a calf and a sewing machine with a loan of 20,000 afghanis (about $290) from the VSLA. “We were so happy about this program. The villagers are poor here and we could not borrow money from them,” she said. “Without it, I would never have had a small business.” Nazeema’s husband is ill and cannot earn a living, she said. Her earnings support the family and enable the children to go to school. “I still own the cow, and I sew about 150 dresses every 15 days and sell them in the local market,” said the proud breadwinner of the family. 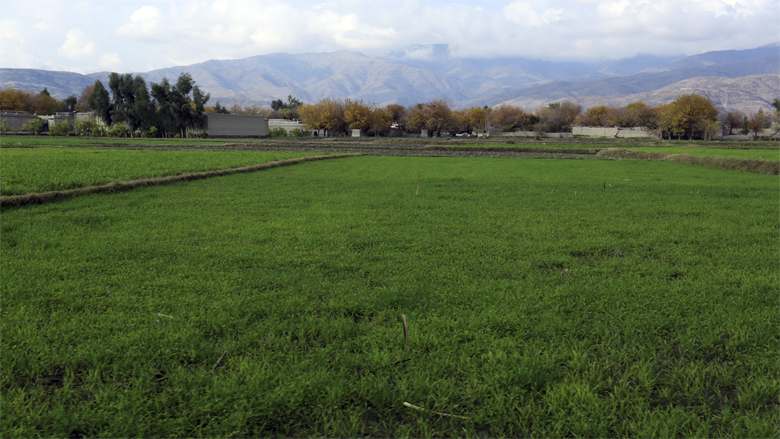 A VSLA loan also helped Sayera, 28, to supplement her household income. “My husband is a mechanic and he doesn’t earn enough,” said the mother of eight. “I bought two goats with the 20,000-afghani loan. When they gave birth, I sold the mother goat for 10,000 afghanis and kept the kid for myself. I feel really proud that I can help my husband out of our financial difficulties.”

Efforts to increase the social and economic empowerment of poor, rural women are continuing under AREDP’s successor, the Women's Economic Empowerment Rural Development Project (WEE-RDP). The project, also implemented by MRRD, works to increase women’s participation in community-level institutions, which are provided technical and financial support to enable economic empowerment. It is supported by the ARTF and IDA.