In India, about 178 million people still lacked access to power in 2017. Connecting all of India’s population to reliable electricity would dramatically increase the income of rural households and prevent nearly $23 billion a year in business losses.

With electricity demand predicted to triple by 2040, India’s reliance on coal poses a major pollution problem. According to the Health Effects Institute, exposure to fine particulate matter from coal-powered plants contributed to 82,900 deaths in 2015.

A new World Bank report titled, “In the Dark: How Much Do Power Sector Distortions Cost South Asia,” says India’s power sector has an “efficiency” gap that costs the Indian economy about four percent of GDP a year, equivalent to $86 billion in fiscal year 2016.

The report goes beyond earlier studies by analyzing the overall societal costs — instead of just the fiscal costs — of subsidies, blackouts and other distortions in the power sector.

It also uses a broader definition of the power sector than past studies, examining the entire supply chain from upstream fuel supply to electricity generation and distribution to downstream access and reliability.

According to the report, problems begin upstream in the electricity supply chain. Despite having the world’s fourth-largest coal reserves, India fell 14 percent short of meeting coal demand in fiscal year 2016.

"Power sector reforms should be a top priority, as few other reforms could quickly yield economic gains of a similar magnitude. If well designed, reforms will directly benefit the poor by increasing access, improving reliability and reducing cost and emissions."
Fan Zhang
Senior Economist at the World Bank 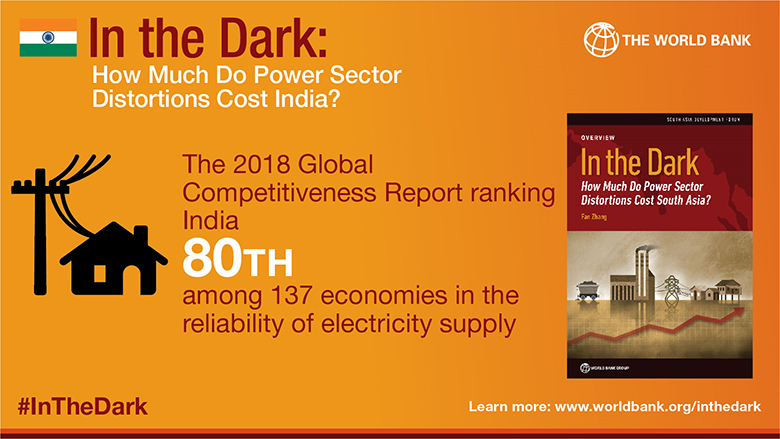 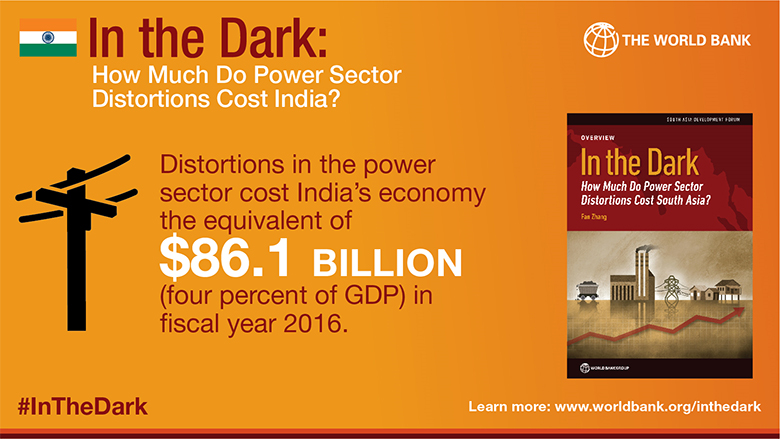 It recommends reforms to restore market pricing and improve efficiency in the power sector. This will complement traditional investments to increase power supply and expand access to reliable electricity. 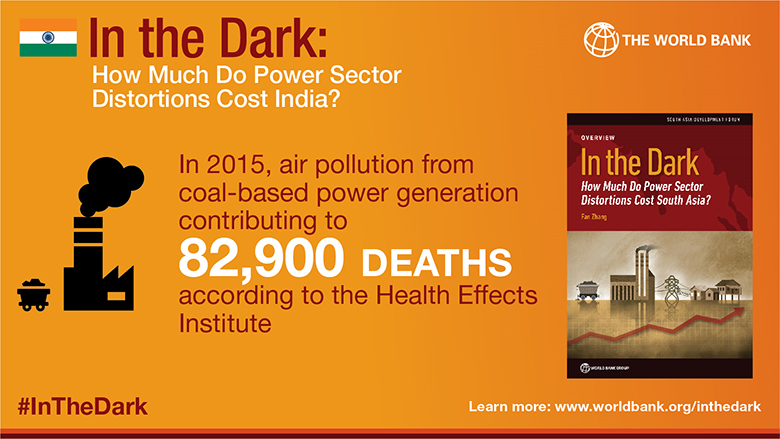