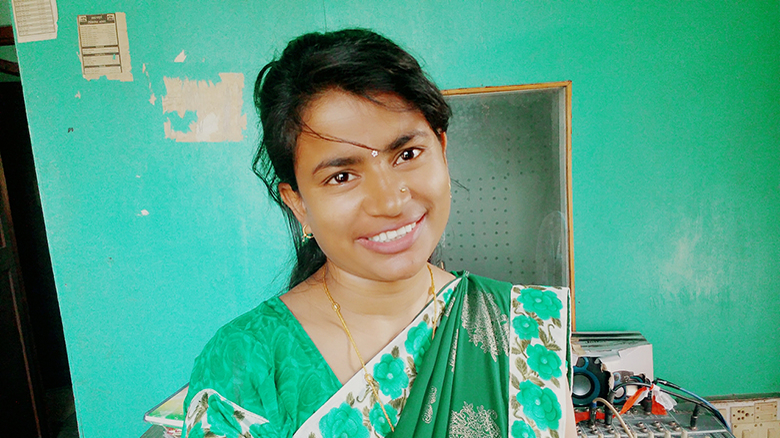 Thirty-year-old Sona Khatik, a journalist from Kapilvastu, was born into a Madhesi Dalit community in Nepal. She suffered and faced abuse from a young age, being physically and verbally abused by members of other castes.

She also recalls experiences of being insulted, isolated and humiliated in school from fellow students and teachers. “They didn’t treat me like a human being,” Sona says, “I dreaded going to school and couldn’t even sleep at night.” She however tried to continue her education. “I tried very hard to make the most of my time in school, because my mother used to tell me how much she had struggled to send us to school,” Sona says, “But I could not take it anymore and one day I quit my studies.”

After she left school, Sona began supporting her mother with household duties, including taking cattle to the forest, where she felt free. “It was so liberating,” she recalls, “I didn’t have to live in constant fear of being humiliated or abused for being in people’s close proximity.” But some of her teachers whom she met on her way encouraged her to continue her education, and assured her that they would make her feel comfortable. She continued her studies with great difficulty. “I would create a notebook for myself by soaking my brother’s used notebooks in water and letting it dry for several days, as I didn’t have new notebooks,” she reveals.

Neighbors torched Sona’s hut to discourage her and her siblings from attending school, but Sona and her brothers were still able to excel in their studies. She completed her School Leaving Certificate and Grade 12, but struggled to get a job. She felt such depression and frustration during that time that she even started to contemplate suicide. Fortunately, she received support from her sister that made her realise that she should not give up so easily after struggling so much. Sona then went on to become the first female in her community to complete a Masters degree in Media Technology from Shephard College in Kathmandu.

Becoming a successful journalist and advocating for the rights of others

In 2007, Sona’s friend informed her about a radio journalism training for 12 days at Radio Kapilvastu, and so Sona walked 40 kms to the Radio Station to participate in the training. After completing the training, Sona received a two-month internship with a radio station, and when she completed the intership, the radio station gave her a bicycle. She shares, “That was the happiest memory I had. I felt as if I had wings. I felt free for the first time”.

She started to earn NRs. 2,000 ($1=NRs. 113) a month at a local radio station, an experience which further built up her confidence as a journalist. Her knowledge of Awadhi and Tharu languages made her one of the most sought after radio journalists. She has now become the station manager of Radio Kapilvastu, earning NRs. 22,000 per month which she uses to provide educational support for her niece and nephew. She also makes additional income as a coordinator for video documentaries and through writing scripts for dramas.

Her passion for journalism made her realise that she could be the ‘voice of the voiceless’ and fight for the rights of her own family and others. Sona supported her sister in going to Court in order to obtain rights over her husband’s property. She also supported those who had been working for their landlords for generations, without recognition of their land rights, to obtain land owner’s certificates. She has also played a crucial role in ending child marriage in her community, and has become an advocate for the rights of those in the Dalit community. “My fight for equity and justice will never stop,” she concludes.