Skip to Main Navigation
This page in:_
FEATURE STORY November 20, 2018

Responding to a Goat Emergency 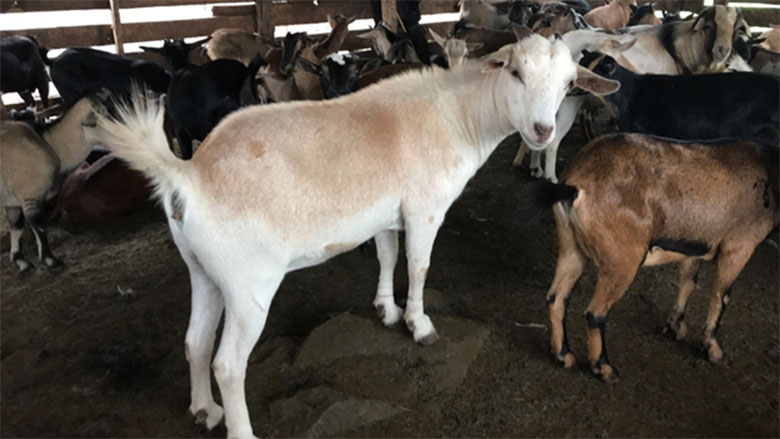 Healthy goat in February 2018, a time when the government was looking for emergency support to contain the PPR epidemic.

BUJUMBURA, November 20, 2018—An outbreak of PPR ( des ruminants, in French) started in December 2017 and was confirmed in January 2018, killing thousands of animals and threatening the livelihoods of millions of Burundi farmers and herders who rely on goats and sheep for everything from meat to fertilizer and a quick source of cash.

The initial PPR outbreak hotspots corresponded with the locations where 5,438 male and female goats were distributed by the government to farmers, as part of the World Bank-financed Lake Victoria Environment Management Project II. 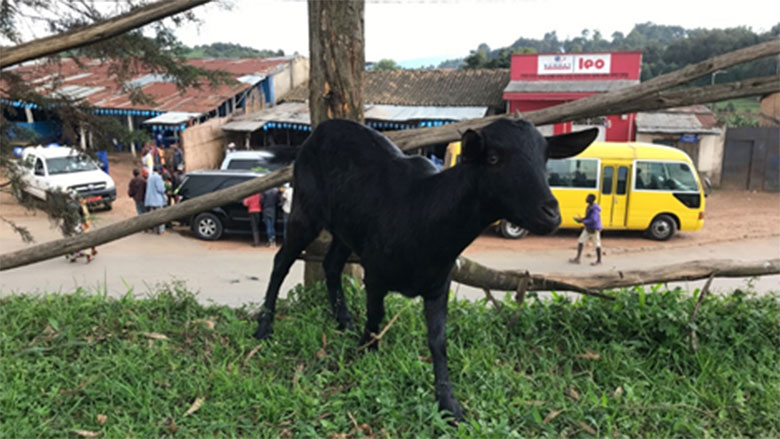 Goat tied to a fence in February 2018, when certain provinces forbid the movement of goats to curb the spread of PPR. Photo: Flore de Preneuf/ World Bank

Were the project goats at fault?

A crisis meeting was immediately called at the Bank to assess the situation, drawing on country management, project staff, Environment Agriculture Global Practice directors, and livestock, safeguard and communications specialists.

The that ensued revealed a more nuanced picture: Yes, PPR was killing goats, including some of the goats distributed by the project, but it was not possible to ascertain the source of the PPR epidemic in Burundi.

Of the 5,438 goats distributed by the project, 494 male goats were imported into Burundi, and 4,944 female goats were sourced at local markets. The fact that some of the imported male goats died pointed to a possible breach in vaccination protocols in Uganda, where the male goats were sourced and where PPR is endemic. Experts from the Food and Agriculture Organization of the United Nations (FAO) and the World Organisation for Animal Health (OIE) noted that the presence of the disease in Burundi before this large outbreak could not be ruled out either.

For all the numbers parsing and careful detective work, one thing was certain: Burundi had a crisis on its hands and needed urgent help. 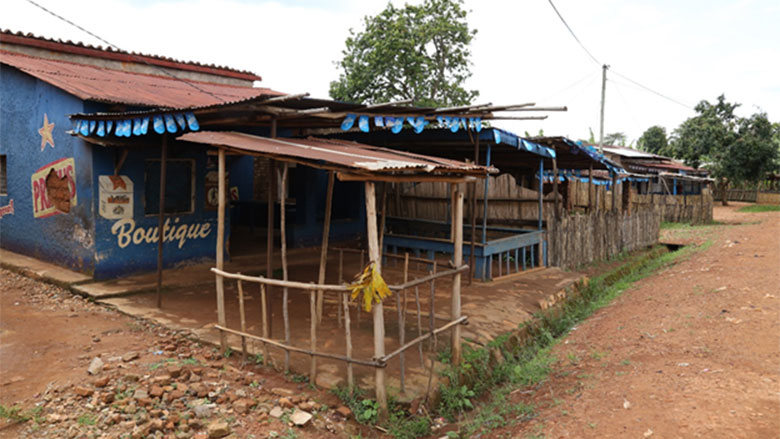 Empty goat brochette restaurants in Gitega, during the partial ban on the commercialization of goats in February 2018. Photo: Flore de Preneuf/ World Bank

Acting with prudence, the government rapidly put in place a ban on the movement and sale of small ruminants in affected provinces, effectively freezing some of the mobile assets of a large part of the country’s 10-million human population. Those same people now faced possible difficulties in buying seeds and fertilizer or paying for school fees and medical expenses. Goat meat stalls stood empty by the side of the road.

“The consequence [of the ban] is that we cannot have salt and oil for food because we have no money,” said Havyarimana, a owner from the village of Nyabisindu, near the border with Tanzania.

Together with the FAO and OIE, the World Bank conducted a mission in February to collect information and identify technical and financial options to support the Government of Burundi. A week later, on March 2, the Bank approved a $2.8 million emergency response mechanism through the Contingency Emergency Response Component (CERC) of the Great Lakes Regional Integrated Agriculture Development project financed by the International Development Association (IDA).

“Credit goes to of the Ministry of Agriculture of Burundi, the World Bank, OIE and FAO who worked side by side, 24/7, to get this done in record time,” says Bella Bird, Country Director for Burundi, Malawi, Somalia Tanzania. 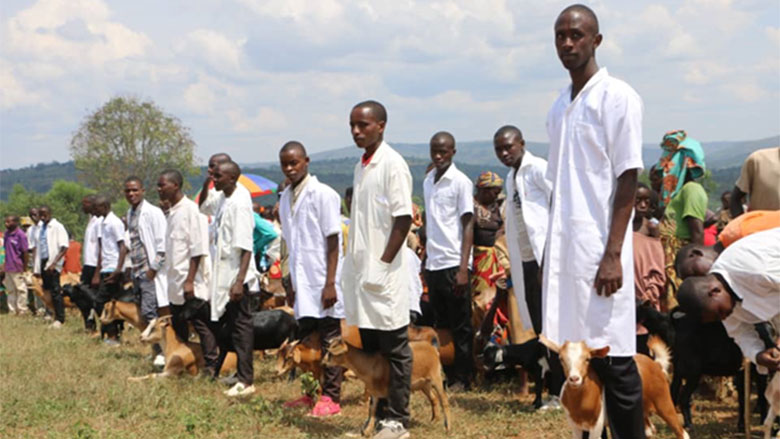 Vets at the start of the campaign. Photo: Burundi Veterinary Services

“We all held each other accountable to come up with a detailed emergency response, mobilize resources, procure vaccines, and train veterinary services so that the people of Burundi would not be let down,” concurs Nestor Coffi, Country Manager for Burundi. 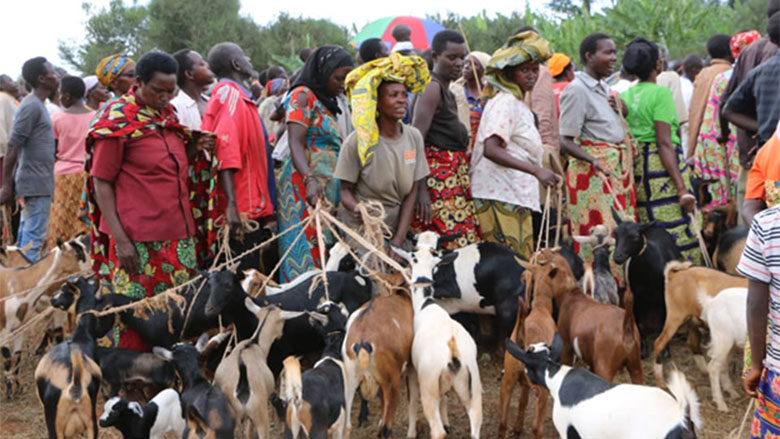 Line of farmers with goats waiting to be vaccinated. Photo: Burundi Veterinary Services

By May 30, over 3 million goats and sheep – the country’s entire stock of small ruminants -- were vaccinated with support from the World Bank, OIE, FAO, as well as the International Fund for Agricultural Development (IFAD) and the African Union. Small ruminant markets were reopened on June 14, though the import of small ruminants into Burundi remains prohibited.

“Initial results from the -monitoring campaign carried out since August 13 to assess the level of protection of the sheep and goat population in Burundi against the disease are excellent. They confirm the high quality of the vaccine used, and the quality of the vaccination campaign carried out by the Veterinary Services. A follow-up vaccination campaign will target animals that could not be vaccinated during the previous campaign, all young animals born since,” says Caroline Plante, livestock specialist. 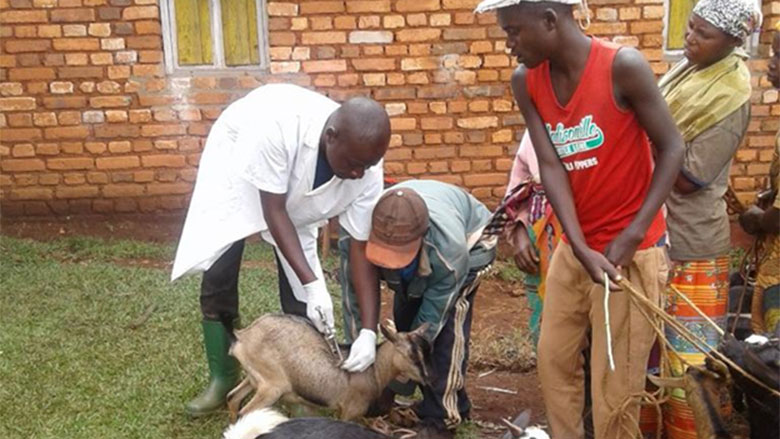 The protection of the current sheep and goat population against PPR is an important first step toward preventing the recurrence of the crisis in the short term. The emergency response has also provided high-level expertise and improved the capacity of the Burundi Veterinary Services to plan and implement nationwide vaccination and surveillance programs. A comprehensive assessment of the veterinary services against international standards set by OIE next February will provide a baseline for further support.

“The next step is to remedy the loss of livelihoods in one of the poorest countries in the world. A socio-economic study is being conducted to identify the specific circumstances faced by the populations affected by PPR and help with the design of further interventions to assist them in a sustainable manner” says Nora Kaoues, Senior Agriculture Economist and Task Team Leader of the Regional Great Lakes Integrated Agriculture Development project.

“This is still a work in progress,” says Nestor Coffi. “But the success registered so far gives me confidence that Burundi will recover from the PPR crisis and strengthen the small ruminant economy on which so many people depend.” 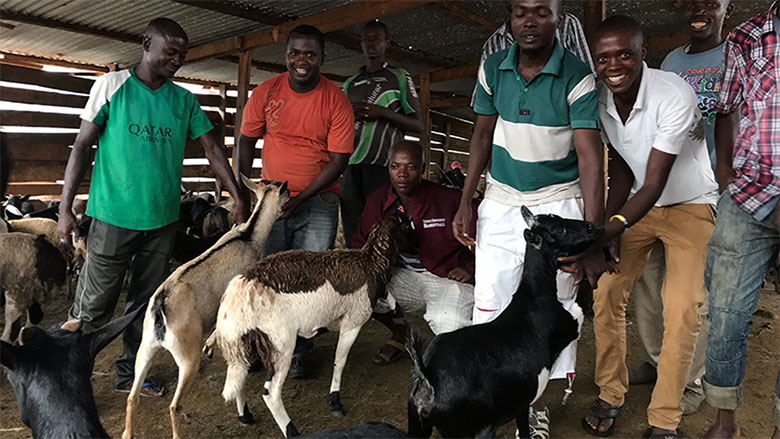