Cleaner Lakes Mean a Healthier Environment for the Residents of Baku 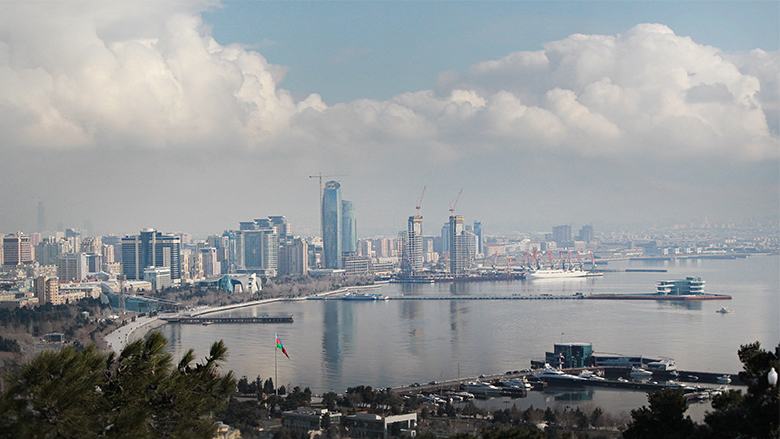 Travelling to or from Baku by airplane one is likely to see from the air dozens of small lakes scattered across the surrounding Absheron peninsula. While the lakes might look beautiful from high above, the reality on the ground is somewhat different.

Many of the lakes have been exposed to significant levels of pollution caused by industrial development over the past 150 years.

Azerbaijan’s capital city has around 2.5 million inhabitants today, and its population is expected to reach 3.5 million people within 15 years – growth that will require much more land, infrastructure and services to cater for the needs of its citizens.

Inevitably, Baku will expand outwards, towards old oil fields and polluted lakes that pose major health risks to people. And eventually, that polluted land and water will mean reduced property values and limited economic opportunities for residents of those outer urban areas.

That is why cleaning and regenerating the ecosystems of the lakes around Baku is so important – it will not only improve people’s health outcomes, but also lay the foundations for redevelopment and ecological protection in the future.

With support from the Korean Green Growth Trust Fund, the World Bank is helping the Government of Azerbaijan and Baku city authorities find optimum rehabilitation solutions for one of the lakes – Lake Khajasan. Close to urban areas and important infrastructure in Baku, Lake Khajasan has significant redevelopment potential. And, because it is located upstream among four lakes forming a single watershed, its water levels and water quality have important impacts on the other three lakes, groundwaters, and, eventually, seawater.

International experts, environmentalists, and water, urban and social development specialists from both Azerbaijan and the World Bank are preparing a detailed feasibility study of Lake Khojasan. And they are liaising with experts in the Republic of Korea, who have been dealing with similar challenges in their country. 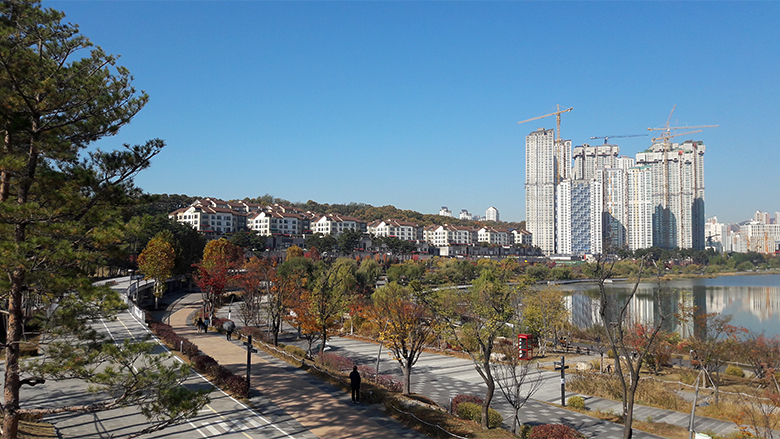 Recently, a 20-member delegation from Azerbaijan, representing central and local governments, utility companies, and universities, travelled to the Republic of Korea to meet with their peers and visit lakes and rivers that are being rehabilitated.

The Azerbaijani delegation learned in great detail about the rehabilitation process – from planning to implementation – of the previously contaminated Lake Sihwa. They also visited Gwanggyo New City, an entirely new town built around two artificial lakes, and which uses a sustainable water and waste management approach.

The Azerbaijani delegation saw first-hand how the redevelopment of an area requires significant time and resources, in addition to highly diligent planning and strong coordination across several agencies. The Azeris also heard from the Korean Land and Housing about the issue of increased land value following the rehabilitation of an area, and the length of time it takes to see a boost in economic activity.

The insights and knowledge gained by the Azeri delegation during their visit to the Republic of Korea will be instrumental in helping them establish synergy and cooperation between local and international experts for the cleanup and redevelopment of the Khojasan Lake area.

And they will play a critical role in helping improve the health and quality of life of the residents of Baku.