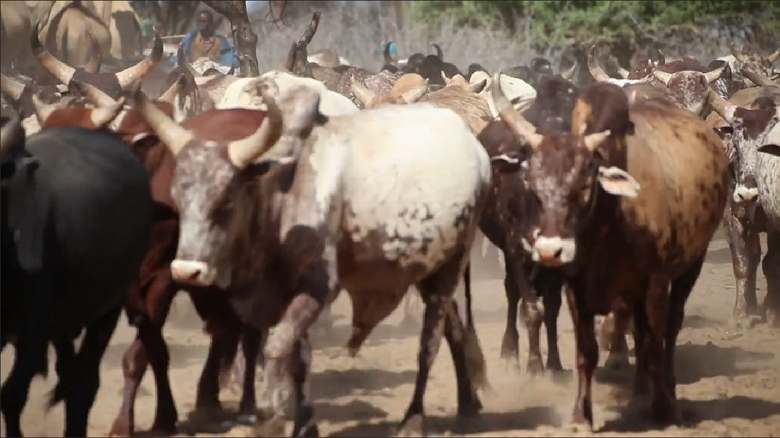 November 5, 2018— About 60% of Kenya’s livestock herd is found in the arid or semi-arid lands, which constitute over 70% of the country.

The key challenge here is drought. Between 2008 and 2011, the Kenyan economy lost an estimated US$12.1 billion. The livestock sector accounted for 72% of the loss, and as a result, livelihoods were grossly affected.

Recognizing the need to strengthen the ability and quality of drought management in Kenya, in 2014, the Ministry of Agriculture, Livestock, and Fisheries - with support from the International Livestock Research Institute (ILRI) and the World Bank - launched a livestock insurance scheme, targeting vulnerable pastoralists.

The Kenya Livestock Insurance Program (KLIP) targets vulnerable pastoralists whose livelihoods are entirely dependent on livestock. KLIP has been developed as a public-private partnership where the government creates the enabling conditions, including premium support, and the insurance companies focus on service delivery, including insurance product development and paying claims to the insured beneficiaries.

KLIP is based on the internationally recognized index-based livestock insurance model, which was developed in 2009 by team of scientists from ILRI and technical partners. The signature feature of the novel insurance scheme is the use of satellite data to generate an index for grazing conditions so that payments are triggered early in the drought when conditions fall below a certain critical level.

The index eliminates the need for insurance agents to be out in the field monitoring forage and animals, which - given the remote regions involved - would make livestock insurance logistically and financially impossible to provide.  It also leads to delays in paying claims, wasting valuable time during a drought.

The index-based system also ensures timely payouts to pastoralists, which help herders keep more livestock alive. To date, the government of Kenya through KLIP has insured some 30,000 vulnerable households with total premiums of US$5 million, and insurance companies have paid claims amounting to US$7.2 million – to about 100,000 people.