President Kim to Parliamentarians: Human Capital is a “No-Regrets Investment” 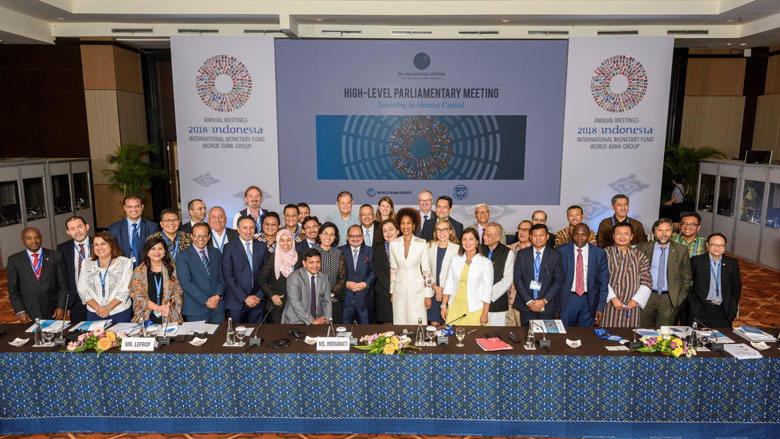 The World Bank, the IMF, and the Parliamentary Network on the World Bank and IMF co-organized a High-Level Parliamentary Meeting with the overarching theme “Investing in Human Capital” on October 8-9 during the Annual Meetings in Bali.

The World Bank, the IMF, and the Parliamentary Network on the World Bank and IMF co-organized a High-Level Parliamentary Meeting with the overarching theme “Investing in Human Capital” on October 8-9 during the Annual Meetings in Bali.

This special parliamentary event, co-hosted by the Indonesian Parliament, convened approximately 75 participants from 20 countries across the globe. Also present were several influential representatives of the Indonesian government who gave keynote addresses, including the Speaker of the Indonesian House of Representatives Bambang Soesatyo, the Coordinating Minister of Economy Dr. Darmin Nasution, the Minister of Finance, Sri Mulyani Indrawati, and the Coordinating Minister for Maritime Affairs Retired General Luhut Binsar Pandjaitan.

“Legislators are key for inclusive growth, achieving the Sustainable Development Goals, and channeling investments in human capital,” said Honorable Soesatyo, emphasizing the importance of parliamentarians at this pivotal moment when rapid technological advancements are necessitating investments in human capital at an unprecedented speed to meet development goals and boost economic growth. “Human Capital investment is the foundation of prosperity and a key driver of high-income growth,” HE Sri Mulyani Indrawati said as she called for commitments not just at the country, but the global-level.

Policymakers had the opportunity to engage in a dialogue with their global peers as well as World Bank and IMF experts and senior management to explore how they could work together to support such investments in their countries. During the exclusive townhall meeting with World Bank President Jim Yong Kim and IMF Managing Director Christine Lagarde, President Kim assured MPs that for elected officials whose constituencies demand results, Human Capital is a “no-regrets investment” as the largest component of global wealth. “No matter what happens in the future,” he said, “investments that improve outcomes in health and education will pay dividends.”

“Technology is going to bring about many changes, and for that we need to be prepared, and human capital is the key,” stated Madame Lagarde, adding that these technological changes would have a particular effect on women and girls, who “are more exposed to transformation of their jobs than men.”

President Kim pushed parliamentarians to act fast, warning that, “if countries don’t make these critical investments with a fierce urgency, they will be left behind. The pace of innovation is accelerating, and it’s going to get harder and harder to catch up…I hope you will come away from the High-Level Parliamentary meeting inspired to take action!” 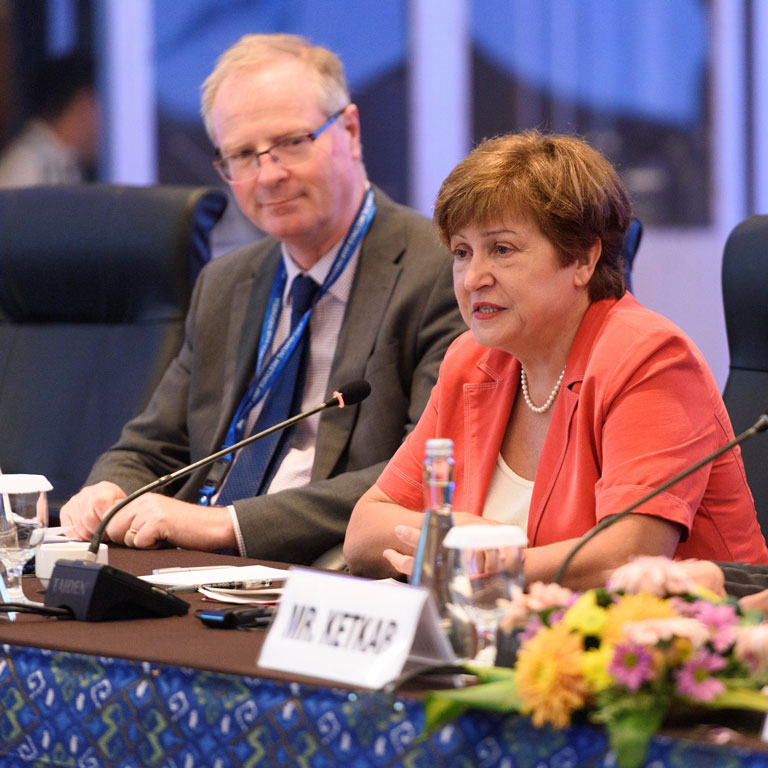 Sessions focused on topics crucial to building human capital, such as governance, gender, and youth jobs. At the session on “Women’s Participation in Economic Growth” World Bank CEO, Kristalina Georgieva encouraged parliamentarians to take action to eliminate legal barriers preventing women from participating in work and society. “Things that seemed impossible were impossible until they were done,” she said, “the same applies to gender equality – let’s get it done.”

The event resulted in an action plan for parliamentarians to commit to Human Capital investments in their respective countries, including quality education and healthcare, youth skills, and social protection reforms. “I’m looking forward to looking at possibilities of pushing some of the ideas we’ve discussed back home in our Parliament. It has also been such a great pleasure to meet parliamentarians from around the world and we’re already discussing bilateral visits and cooperation with some of them.” Vjosa Osmani-Sadriu, MP and Chair of the Foreign Affairs Committee, Kosovo

The meeting also featured the launch of the Asia Chapter of the Parliamentary Network to establish a space where MPs from the region can come together to discuss issues of common concern and share development strategies. Chapters serve as focal points for implementing action plans and benefit from increased engagement with the World Bank and IMF, including access to their resources and expertise. 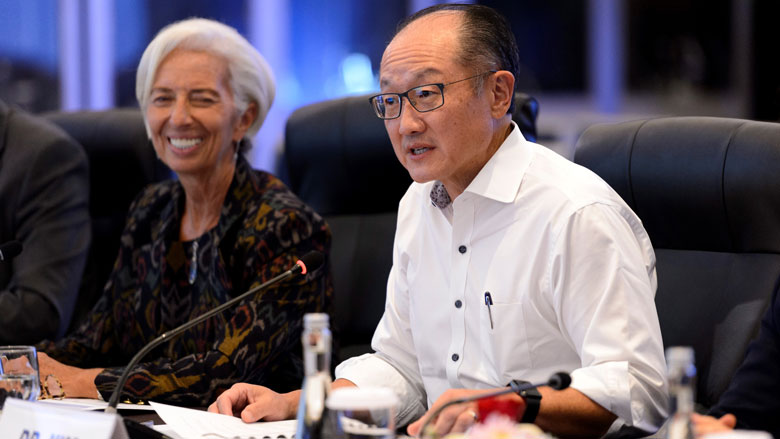