The Force of the Sun: Madagascar Embarks on Renewable Energy Production 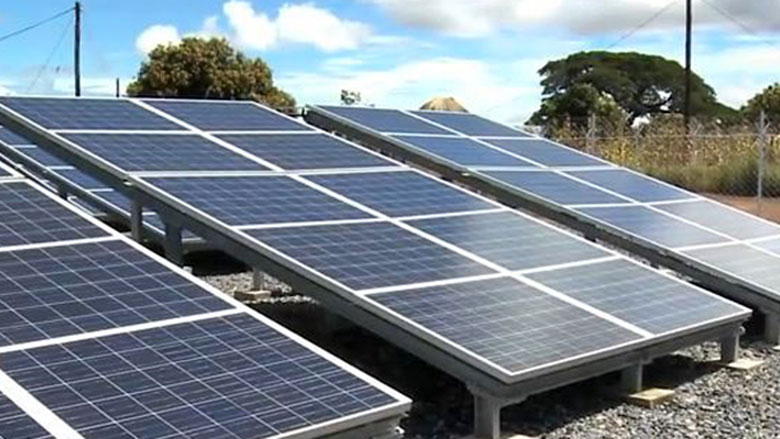 The Scaling Solar project aims to capitalize on this opportunity by building a solar plant of approximately 25 MW connected to the Antananarivo network.

ANTANANARIVO, October 10, 2018 — “JIRAMA: until when?”  “JIRAMA: it’s been 2 hours!” “JIRAMA: you’re destroying our equipment!” It is 11 a.m. Numerous complaints against the national water and electricity company, JIRAMA, are posted on social media by Internet users. The electricity supply has been cut in several neighborhoods in Antananarivo. Cue the familiar sounds of power generators in offices and a number of stores. The scene is nothing new. Over the past decade, JIRAMA’s customers, both household and industrial alike, have experienced repeated power outages.

A Crucial Resource for Economic and Social Development

In Madagascar, only 15% of the population has access to electricity. In 2017, the country had just 570 MW of mainly thermal (60%) and hydroelectric (40%) installed production capacity. Furthermore, only 60% of this energy is truly available owing to poor maintenance of power plants. Apart from the fact that these challenges in the energy sector undermine the quality of citizens’ daily lives, they also represent one of the major obstacles to the country’s development and to private sector expansion. In the World Bank Group's Doing Business 2018 report that assesses the business climate, Madagascar ranks 184 out of 190 countries for access to electricity.

Keenly aware of this challenge, in 2014, the Government of Madagascar decided to embark on intensive reforms to transform the sector. In March 2016, the country was granted $65 million in financial support from the World Bank through the  Electricity Sector Operations and Governance Improvement Project (ESOGIP) and in June 2018, $40 million in additional financing. The objective: increase production capacity and reduce energy loss, while helping the Government improve governance of the sector and JIRAMA’s operational performance. The ESOGIP also aims to expedite progress on renewable energies in order to provide a reliable, more affordable alternative to expensive and environmentally unfriendly diesel generators.

With all regions of Madagascar enjoying over 2,800 hours of sunlight per year, the Grande Île is the perfect location for development of solar power, with a potential capacity of 2,000 kWh/m²/year. The Government is counting on this potential to fulfill its objective of providing energy access to 70% of Malagasy households by 2030.

“Our energy policy for 2015-2030 addresses several pressing economic, social, and environmental challenges. It supports the transition to the energy mix for electricity and lighting, which will include 80% of renewable resources. To achieve our goal of providing electricity to 70% of the population, we will have to produce 7,900 GWh by 2030, as opposed to the 1,500 GWh currently produced,” explains Lantoniaina Rasoloelison, Minister of Energy and Hydrocarbons.

An ambitious project, particularly if it is entirely dependent on public financing.

An Innovative Financing Mechanism to Support the State

To supplement public funds in order to finance large-scale construction of solar plants by promoting private investment, the International Finance Corporation (IFC), the private sector arm of the World Bank Group, is helping the Government set up a public-private partnership (PPP).

Through the Scaling Solar initiative, in March 2016, IFC signed an agreement with the Malagasy Government to construct a plant of approximately 25 MW, connected to the Antananarivo network, through a transparent international competitive bidding process.

Madagascar is currently the fifth country in Africa in which a Scaling Solar tender process was launched, after two tender processes in Zambia, one in Senegal, and another in Ethiopia. It is also the first Scaling Solar project to include solar energy storage requirements by pairing solar with batteries.

The process began with feasibility studies conducted by IFC experts to determine the solar capacity that could be added to the existing network and to select a suitable location.

In October 2017, the Government of Madagascar invited private investors to participate in a prequalification process, based on strict eligibility criteria, to select potential candidates with the necessary experience, expertise, and financial resources to complete the project as expeditiously as possible.

Over 100 companies from 28 countries expressed their interest. In February 2018, six companies and groups were selected to participate in the tender process and will be able to make use of the feasibility studies provided by IFC to prepare their technical bids and identify financial partners.  This last step will also be facilitated by the investment guarantees and credit enhancement tools provided by the World Bank and the Multilateral Investment Guarantee Agency (MIGA), which offers a number of protections, particularly against non-commercial risks (political, expropriation disputes, etc.).

“Scaling Solar Madagascar aims to propose an integrated solution that includes financing and the implementation of technical solutions in which the operating company chosen will benefit from coverage against political and financial risks, offered by the World Bank,” explains Satyam Ramnauth, IFC Country Manager for Madagascar. “This project will also set the operating standards that will serve as a reference for legitimate operators, as well as for the Government with respect to the implementation of its energy policy.”