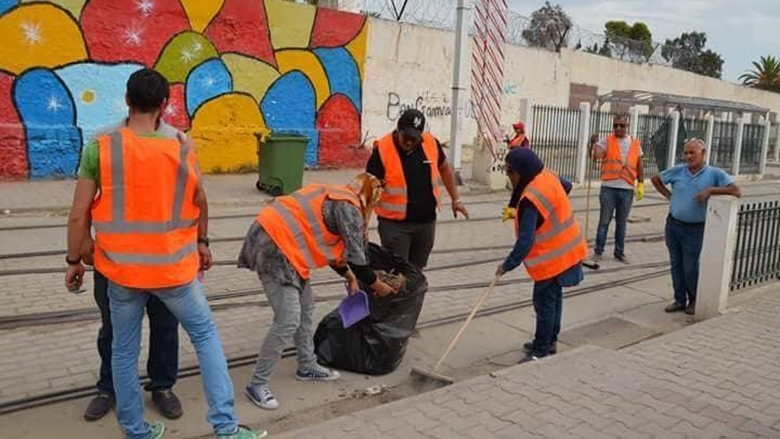 The most important requests from inhabitants are the "proximity projects", such as missing or pot-holed roads, damaged or missing sidewalks, missing lighting, broken pipes  and defective drainage.

"When the youth facility project was approved by the city council, it was the happiest day of my life!" cried Hassiba Chabbouh-a high school physical education teacher in the town of Mourouj. In addition to being a teacher, Hassiba is also a first-time city councilor, elected in the first free and fair municipal election in Tunisia in May 2018. Long before she had a chance to join local government and actually participate in decision-making, she had dreamed of the youth facility. Hassiba could not contain her joy when the local project she had been supporting as a citizen for years was finally budgeted for the year 2019. Like many Tunisian citizens, she has been both witness and actress of the local changes initiated by the reforms emerging from the 2011 Arab Spring revolution. One of the principles enshrined in the country’s new constitution is the greater decentralization of power. Since 2015, the people and Government of Tunisia have introduced reforms to increase the autonomy, transparency, accountability and efficiency of municipalities, with the support of the World Bank through the Urban Development and Local Governance Program for Results and the Moussanada Multi-Donor Trust Fund financed by the  European Union and Swiss Cooperation.

Mourouj is a town of 105,000 inhabitants, developed in the 1980s as a new urban area on the outskirts of greater Tunis. The town faces problems shared by many across Tunisia:  of partial or poorly maintained roads and public spaces, and limited recreational and cultural equipment for youth and others. There is also road congestion and under-equipped informal neighborhoods that lack regular public services. Like many cities in Tunisia, it has also suffered from the centralization of decision-making. This contributed to a mismatch between the needs of local people and the services delivered to them. Since Hassiba moved to Mourouj 20 years earlier, she has been active in civil society.  She remembers a time – quite recent - when citizens' participation in public decisions was very limited : "Before, we came to attend public meetings, where the mayor would show us finalized municipal plans, to which we didn’t have any say; we could as well have been chairs in the room! “  She said, laughing.

Since 2015, Tunisian municipalities have been accorded greater autonomy in planning their own investments through a new system of unconditional performance-based grants. The grants are a new of way distributing funds to municipalities and are designed to incentivize them to be more transparent and accountable to their citizens. The aim also is to encourage local governments to involve citizens in local decision-making. One of the conditions for municipalities to receive their full grant allocations is for them to annually consult citizens on their annual municipal investment plan (AIP). This consultation takes place through the organization of public meetings around needs assessments and municipal investment proposals for the year. Hassiba proudly shows the AIP document explaining: "We check at each step the development and implementation of the AIP: first we look at whether the list of actions planned in the AIP includes our most important recommendations as citizen, and we report gaps during consultation meetings; then after the plan is approved, we follow the progress of the public works during the year – to ensure the work has already started, and so on. "

Since she was elected as neighborhood representative in 2015 - as part of the new local government structure - she also helps to produce needs assessments and reports to the municipality. Hassiba regularly walks the streets, collecting opinions and grievances of residents and shop owners. She carefully and meticulously takes notes in her notebook, street by street, of works and repairs to be undertaken. According to Hassiba, the most important requests from inhabitants are these "proximity projects", such as missing or pot-holed roads, damaged or missing sidewalks, missing lighting, broken pipes  and defective drainage. Occasionally, she organizes petitions that she then submits to the municipality, for which she became a district resource person. "The municipality sometimes calls me on Sunday.” She explains,” and asks me to show contractors where the road segment that needs repair is". She also naturally serves as a mediator who soothes neighborhood tensions and conflicts, such as when shop owners wanted to open a road to traffic, against the advice of residents. In this instance, she helped build consensus around a compromise, based on existing municipal regulations.

According to her, local citizen participation has allowed decision-makers to refine and sometimes redirect projects, and the new way municipalities work has also made it possible to re-engage citizens in public action, and to increase local governments’ accountability. "We participate, and we control," says Hassiba. Among her prides: the youth facility approved for the coming year, but also the retrofitting of streets in a neighborhood that has not had a proper road since its development in the 1980s. "I insisted so much that everyone thought that I lived in this neighborhood! And it ended with the work being finalized this year," she said with a large smile. 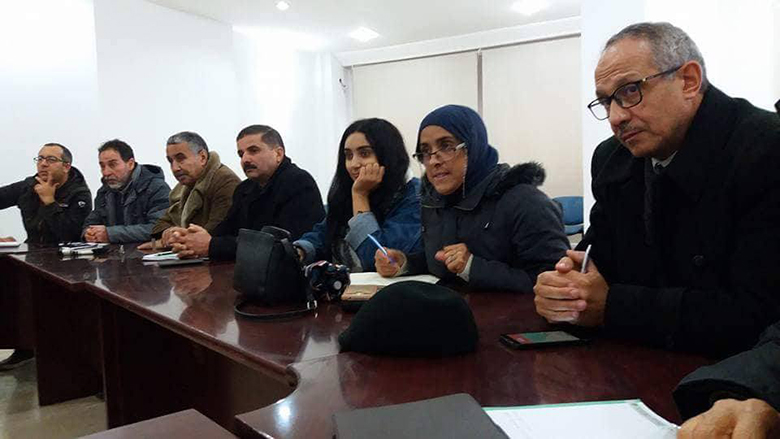 Hassiba feels she has gained even more of a mandate now that she is an elected member of the city council.

Hassiba feels she has gained even more of a mandate now that she is an elected member of the city council. Many of the people elected in Tunisia’s first free municipal elections were active members of civil society who had already been engaged in the new participatory processes since 2015. The mayor of Mourouj himself, Kamel Ouertani, who was also a neighborhood representative before being elected, laughs: "It is true that I always took the floor at public meetings, to mention the small and the big things, even a bulb missing in a streetlight, I was always after the municipal administration!". He has kept his old habits by heading out to the neighborhoods every day for two-hour excursions. He stays in touch with citizens and checks the progress on public works "I do not wait for citizens  to come to see me at the office, explains Kamel Ouertani, I live with them! ". Similarly, since she was elected, Hassiba continues to tour her neighborhood, "while waiting for the next generation to take over". Her eldest daughter is just starting to get involved in local life as well, taking part in a recent  street cleaning campaign organized by the municipality .

The success of the Mourouj municipality 's adaptation to the new system was  confirmed by the town’s score on the 2017 local government performance assessment, currently financed as part of the Urban Development and Local Governance Program. This assessment was introduced to allow for the performance-based capital grant system which provides incentives to local governments to improve their performance in a range of categories critical for a well-functioning city. The capital grant system, has introduced a friendly competition between Tunisian local governments and has empowered citizens with information on how their local governments are performing relative to peers. The town of Mourouj came 5th in the ranking, among 272 municipalities for the year 2017. The system has encouraged the city to enhance investment planning and programming processes, to better respond to citizen needs :  the mayor is now especially keen to address local economic issues, and work on attracting investors to address the pressing demand for jobs: “We now want to proactively tackle more future issues, instead of only catching up with old problems”, said the mayor.

There are, of course, still challenges, as Hassiba is ready to point out.  The quality of public works is not always satisfactory; often a factor - is the Tunisian public procurement system which awards contracts to the lowest bidder. It also remains a challenge to develop under-equipped, informal settlements.  The development of these is a specific goal of the scaled-up and restructured World Bank program to support municipalities, currently being ratified by the Tunisian parliament.

Experiences such as that of the town of Mourouj, with their successes and challenges in implementing these important reforms will be showcased today at the first annual Tunisia Local Government Day, a collaboration between the Government of Tunisia, the World Bank, the European Union and Swiss Cooperation through the Moussanada Multi-Donor Trust Fund. The national event is convening and celebrating the countries’ 350 municipalities with the head of government, and all stakeholders of decentralization reforms, including civil society. The aim is to discuss major changes in the field of municipal management and local governance, celebrating the efforts and successes of municipalities, their partners, and people like Hassiba who are striving to make them better.