Innovating for Tourism: How a World Bank Program Has Supported Entrepreneurs in Textiles, Distilling and Virtual Reality to Promote Benin as a Tourist Destination 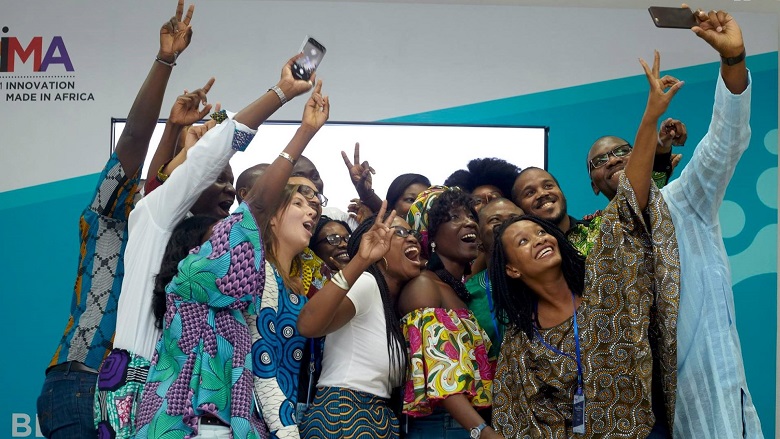 “Authenticity. Originality. Creativity. Something novel.” This is how José Pliya, Director General of the National Agency for the Promotion of Heritage and Tourism Development (ANPT), defined innovation during the Innovation Made in Africa Forum (FORIMA) in June 2018, which hosted the final stage of the Challenge Fund, an initiative for entrepreneurs in Benin who are pursing inclusive and sustainable tourism.

The World Bank Group together with the ANPT and the incubator Sèmè City, launched the Challenge Fund to support Benin’s aspiring entrepreneurs as they conceptualize and prototype their innovative ideas to improve Benin’s tourism products and destinations.  The winners of the competition receive matching grants of up to US$500,000, for a total of US$3 million in prize money, as well as a place in Sèmè City’s incubation program.

Through the incubation program, Sèmè City worked with 30 semi-finalists to encourage them to address the public policy challenges and unlock the potential of Benin’s tourism sector by making it more sustainable and inclusive. Initiatives focused on major tourist sites around the country, including Pendjari wildlife park, Avlekete’s coastal resort and the museums of Abomey, Porto Novo and Allada,

As Claude Borna, Director of Sèmè City, put it: “the concept of ‘Innovation Made in Africa’ implicates us all – none of us comes up with the solution by themselves. We’re encouraging our incubees to prototype their products and services and go directly to the market – get out of your laptop and business plan – test your ideas’ potential and create value now.”

Tourism has massive potential to boost economic opportunity and growth in Benin, especially with its proximity to Nigeria, where a growing middle class is increasingly seeking to travel abroad. This potential is reinforced by Benin’s natural beauty and cultural assets, including safari tours, a compact coastal region, artistic and historic attractions and heritage tourism for the descendants of slavery.

"Tourism is an entire ecosystem. We’re not just talking about hotels, bars and restaurants but value chains that have major potential to generate employment and investment."
Magueye Dia
Senior Private Sector Development Specialist

“Tourism is an entire ecosystem,” noted Magueye Dia, World Bank Senior Private Sector Development Specialist, in a panel discussion.  “We’re not just talking about hotels, bars and restaurants but value chains that have major potential to generate employment and investment.”

Benin’s comparative advantage in tourism could not only create jobs across a broad range of skill levels, but also open new markets for micro, small and medium-sized businesses (MSMEs) and young entrepreneurs.

With more than 400 applications from across the globe, only 9 projects made it to the final of the Challenge Fund. During the two-day FORIMA event, the finalists pitched their ideas before a panel of experts and the wider audience which included over 400 participants made up of entrepreneurs, local and international business people, media, government officials and the donor community.

Speaking at the opening event, Katrina Sharkey, World Bank Country Manager for Benin, lauded both the Challenge Fund and FORIMA: “in this room, we have all the youth, dynamism, creativity and intelligence necessary to create the tools to generate innovation and growth in Benin.”  She also praised the Challenge Fund for, “helping the World Bank identify innovative and sustainable solutions to develop the country, reduce poverty and generate shared prosperity.”

This was echoed by Dia, who emphasized that “the World Bank is ready to put the necessary resources at the disposition of innovative entrepreneurs in order to achieve its development goals in Benin.”

The four winners — Fruit Fiber Fabric, Woju Elite, La Distillerie Béninoise and Country Dismmersion stood out for their potential social impact, as well as the inclusivity and sustainability of their business models, including a clothing line made from fruit fibers, a palm wine distillery and an immersive virtual-reality tour of Benin’s national and cultural treasures.

Woju Elite is seeking to build the Tata Somba Eco-museum, the first of its kind in West Africa, that will not only promote eco-tourism in Natitingou but also protect against the illicit trade of Benin’s cultural assets. Before the event, co-founder of Woju Elite, Yves Biasaid said: “our project has to win because we’re trying to rehabilitate, preserve and improve traditional architecture, one type of which [out of five] has already disappeared so we entered the Challenge Fund in the hopes of preserving what’s left and ultimately, our heritage.”

Three more finalists, were also invited to the final of the upcoming World Bank-financed Business Plan Competition (which will also be implemented by Sèmè City) to continue working on their start-ups: Wakatoon, Green Keeper Africa and Penjari Balloon Speaking at FORIMA, Akwegnon Kiki – founder of Penjari Balloon - was delighted with the competition. “For me, this has been a great networking opportunity, collaborating with new people and experts as well as working on my start-up. I can keep in touch with these people for support in the future.”

The Challenge Fund and FORIMA were financed under the World Bank’s US$50 million Cross-Border Tourism and Competitiveness project, whose objective is to contribute to increased cross-border tourism by creating flagship cultural and heritage products through private sector investment in and conservation of Benin’s tourist destinations. The project targets local communities and entrepreneurs working in some of the country’s main tourist centers, helping them benefit from improved infrastructure and services, as well as expanded economic opportunities.