When Forest Protection and Economic Renewal Grow Hand in Hand 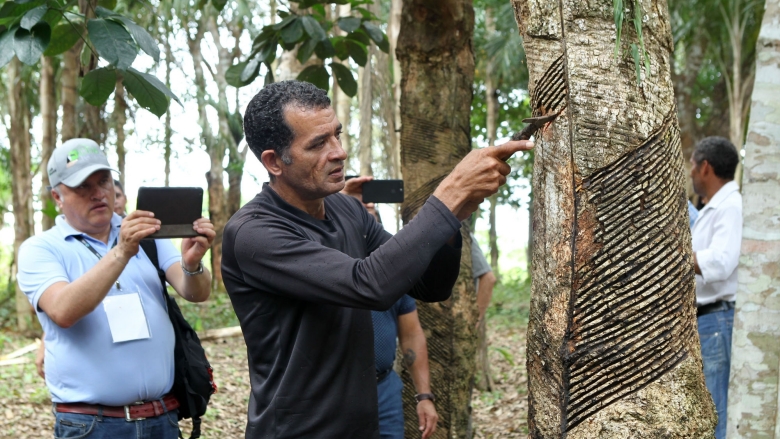 ACRE, BRAZIL--Underlina Cavalcante dos Santos is a pineapple producer in Acre, Brazil, earning what she describes as a good, stable livelihood for her family in the community of Bonal.

Pineapple, a short-term cash crop with immediate benefits, is just one piece of this community’s thriving agroforestry system that also includes rubber trees, peach palm and other forest species in the restoration of 11,000 hectares of abandoned pastureland.

Brazil is the second largest pineapple producer in the world, but the producers of Acre say that the investment in agroforestry, which the World Bank has been supporting for many years, is what really drives their future.

“We plant without degrading the Amazon forest,” Cavalcante dos Santos told a group of visitors recently. “Saving the forest is important to us because it also saves livelihoods,” she continued. “Sustaining the forest also sustains the urban areas and gives us better conditions for our families to live.”

Acre is experiencing a renaissance of forests with the attendant benefits for its people.  The state has become an emblem of successful deforestation control, restoration of degraded lands, and economic inclusion. In recent years, other Amazon countries have begun to learn from the transformation of Acre.

For example, this past spring, the Global Environment Facility (GEF)-funded Amazon Sustainable Landscapes (ASL) Program organized a knowledge exchange visit to study best practices managing natural resources. Acre holds valuable lessons for governments and businesses on how to reduce deforestation across an entire jurisdiction while increasing sustainable economic development and enhancing quality of life for its population.

The Amazon biome ranges over nine countries, with 60 percent of the rainforest located in northern Brazil. Colombia, Peru and Brazil together contain 83 percent of the Amazon. This largest continuous rainforest is also home to about 33 million people, and it sequesters about 70 billion tons of carbon, benefiting the entire planet.

"Acre’s experience makes it clear that forestry and agriculture can and must coexist. Agriculture can take advantage of degraded lands, while forestry is more than conservation and climate values. Forestry creates market opportunities and production activities for people."
Valerie Hickey
World Bank Practice Manager for the Environment and Natural Resources Global Practice and biodiversity specialist 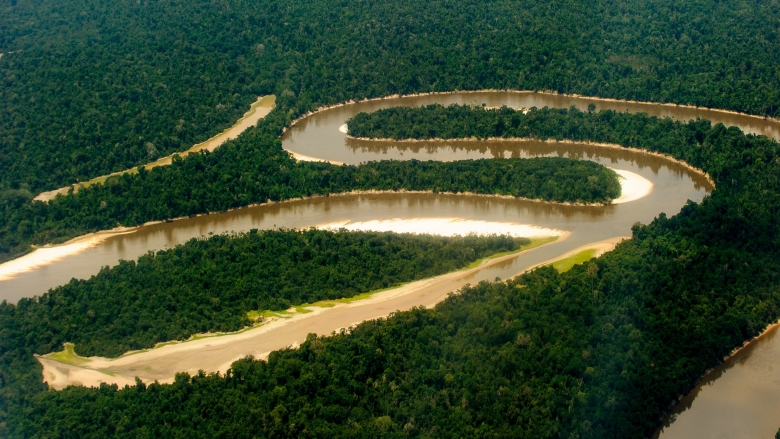 Government representatives from other Amazon countries, Colombia and Peru, witnessed first-hand how the World Bank-supported PROACRE works with isolated and marginalized communities, providing them with health services, technical assistance, tools, and supplies for small scale agriculture and forest conservation initiatives. Families with health plans increased from 15 percent in 2008 to 78 percent in 2017, for example.

The visit also featured the “Peixes da Amazônia”, or fish farming complex, an established Public, Private Community Partnership (PPCP) that manages one of Acre's largest fish production chains. COOPEACRE, a cooperative of over 3,000 producers of Brazil nut, rubber, heart of palm, and fruit pulp, gave visitors a view of processing and commercialization for national and international markets.

Income within these communities and statewide GDP consistently increased at the same time Acre curbed deforestation and increased protected areas. From 2002 to 2015, Acre grew its GDP by 81 percent while job growth also increased (average income grew from $R2,971 in 2002 to $R13,622 in 2015).

“Acre has become known as the birthplace of sustainable development, where economic growth and forest conservation go hand in hand,” said Senior Environmental Specialist Adriana Moreira of The World Bank.

Taking a Deeper Look at Reforestation and Growth

Brazil’s nut trees reach as far as 50 meters skyward. They can live to be 500 years old--sucking up carbon like a straw.

Their biggest threat is deforestation.

Rapid tree planting and plantation maintenance also generate more employment and business opportunities. In fact forest restoration all over Brazil could provide new jobs annually as it does in Acre. Restored forests also boost income for landowners while diversifying livelihoods.

Just this month, eight governors from Amazon states in Ecuador, Colombia and Peru signed a declaration at the Governor’s Climate & Forests Task Force (GCF) to fulfill the commitments of the Rio Branco Declaration to address climate change and combat deforestation in the region. Amazon countries hope to replicate Acre’s experience, state by state, and share in this economic and environmental success story.