Grenada's recovery after Hurricane Ivan taught the Eastern Caribbean island many lessons that can be shared with its neighbors, such as Dominica (photo)

Last year’s record number of hurricanes of high intensity and the devastation which unfolded were stark reminders that countries can better prepare for and build resilience to shocks so that they don’t lose in one day what took years to achieve.

The Eastern Caribbean island of Grenada has many lessons to share with its neighbors on how to build resilience as it recovered from the terrible devastation of Hurricane Ivan in 2004, which had wiped out over 200 percent of the nation’s annual GDP at the time. Since then, it is among the first Caribbean countries to have adopted fiscal rules to reduce public debt; the first to have established a climate resilience ministry; and to put the transition to a blue economy as a national priority to ensure that ocean and marine ecosystems are sustainably managed and used. 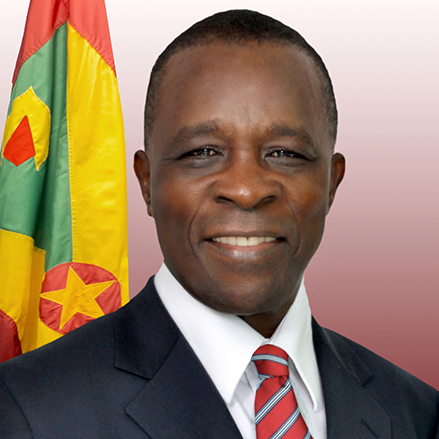 One year after the 2017 hurricane season, we interviewed Grenada Prime Minister Dr. Keith Mitchell on the quest for climate and fiscal resilience of small island nations.

With hurricanes becoming more frequent and intense, what lessons have we learned following the unprecedented 2017 hurricane season?

For example, in the immediate aftermath of Hurricanes Irma and Maria, some ports were inundated with cargo destined for projects, leaving little or no space for humanitarian aid and relief supplies. In emergency situations like these, preparing our ports to coordinate with shipping agencies and redirect cargo to ensure the timely delivery of relief supplies is critical.

Another issue we were grappling with during last year’s unprecedented hurricane season, was that multiple islands were impacted at the same time.  Over nine countries of the region were impacted by three hurricanes including Dominica, Antigua & Barbuda, the Bahamas, British Virgin Islands, Sint Maarten, Puerto Rico, and others. Damages in the region are estimated to be over $10 billion. The 100-year storm is now the new norm. 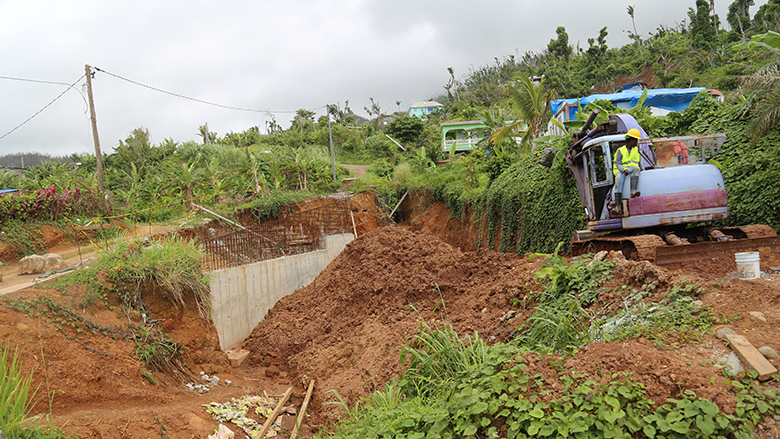 Is there a role envisaged for technology in fostering better preparedness?

This is extremely important because unless you can communicate, unless you can identify and reach people at different levels and across the country, then it’s going to be very difficult to respond to people’s needs. I saw this first-hand in several countries that I visited after the 2017 hurricanes. In some places, not even the central administration was aware of what was taking place in the outer districts, because some of the connecting bridges were destroyed and there was no technology available to assess and report on the damages.

In Grenada, we have discussed with the telecommunication providers and the National Telecommunication Regulatory Commission, how to create a communication network that can be easily established when the regular means of communication fail. We are exploring setting up a network of small satellite dishes in each parish or constituency. It is also important to use the infrastructure available to set up an underground telecommunication system. We have to invest. While it will cost a lot more, in the end it will save an enormous amount by going underground and using the technology we have in a much safer way than we are at this time.

What does it mean for small island nations to become climate-smart and to build resilience after such a storm?

Becoming climate-smart is about having the ability to minimize the negative impacts of climate change and being able to recover faster after an extreme weather event such as hurricanes or flooding. It also pertains to our ability to adapt to changing climatic conditions, such as rising sea level, warming of the oceans, acidification, bleaching of corals, or depletion of mangroves. Being climate-smart also refers to applying resources and technology to adapt and address for instance food security through increased agricultural production.  Another aspect refers to infrastructure and how we build and make our public infrastructure and our private buildings more resilient to the effects of climate change, by adopting the best planning, design and construction techniques.

In the case of Grenada, Hurricanes Ivan in 2004 and Emily in 2005, provided a wake-up call for us. Our country remains highly vulnerable to the risk of extreme effects of climate change. However, we are making significant progress in our ability to access climate change financing and building our capacity to develop climate change adaption strategies.  The establishment of a Ministry of Climate Resilience reflects the importance that this government places on this issue at the highest level, and the recognition that climate resilience is a cross-cutting issue in all aspects of government.

Regarding what occurred recently in Grenada, economic resilience must be a major factor and that is where the World Bank can play a major role, because resilience is not just about infrastructure or health. It is also clearly economic.

Grenada has championed fiscal resilience as an imperative for small states. What recommendations can you share with neighboring countries?

Fiscal resilience has been an area of primary focus for Grenada and we have been seeing the results through stable and consistent economic growth. Grenada built its fiscal resilience on four pillars and we would recommend the same approach to our Caribbean neighbours. One of the major recommendations is that countries should entrench fiscal discipline by having a fiscal responsibility law. That’s one of our main pillars. Another important recommendation will be to explore climate resilient debt instruments and also other risk transfer mechanisms. A case in point is negotiating hurricane clauses in debt contracts, so that we are not unduly burdened in the event of hurricane impact. Grenada actually pioneered this  and we consider it a critical element to building fiscal resilience. The third pillar is establishing contingency funds or a mix of instruments that will allow you to mitigate against risks and the fourth is building smarter, improving the resilience of our physical infrastructure to reduce the impact of climate change and the natural hazards we face.

How is the WBG support helping build resilience in the region?

We cannot minimize the role of institutions such as the World Bank and the support they provide. I have felt it myself in recent times with the hurricanes in 2017. The World Bank can help us mobilize resources to build economic resilience and support the necessary decisions to be able to deal with problems related to our small size and the level of vulnerability that we face.